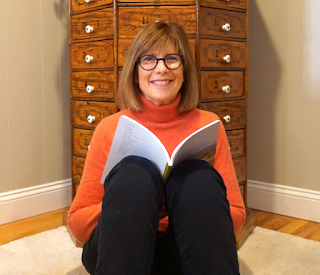 Kim Fairley is the author of the new memoir Shooting Out the Lights. She also has written the book Boreal Ties. She is based in Ann Arbor, Michigan.

Q: Why did you decide to write this memoir, and how did writing it affect you?

A: When I was 24, I married Vern, who was 57. He was the third-generation owner of a hardware store in a small town and I had grown up in Cincinnati and then gone to school in California.

So the small town of Hillsboro, Ohio, felt like culture shock. Part of it was the experience of discovering that everyone was in everyone else’s business. But also, marrying Vern with such a huge age gap created weirdness. He was such a character. And those years with him were the best years of my life.

Since he died only five years after we’d met, when our kids were only 2 and 4, I wanted to bring him alive for them. So that was my initial motivation in writing the book. Once I started, though, I discovered that my story was much more universal that I had realized.

The whole experience of writing this book has changed my life.

Q: Did you need to do any research to write the book, or was it based mostly on your own memories?

A: A few years after my husband died, I moved away from Hillsboro, and the place remained frozen in my memory. I found that in a few cases, I needed to review old calendars and pore through old diary entries to be sure I was accurate with my timeline.

Also, with medical conditions that relate to my story (i.e. bipolar disorder, COPD, ADHD, and autism) there is so much more information available today than there was during the story’s timeline. So doing a bit of medical research also was important. 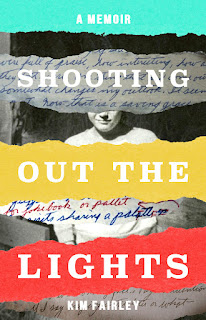 A: Well, the most obvious reason is that when I met Vern, he had lost his 14-year-old son in a tragic gun accident. The tragedy had devastated him and ended his marriage.

But the book is a lot about talking, about the need—or the lack of a need—to talk. Vern wasn’t willing to talk much about his son. Whenever I pushed him to talk, he would smile and remind me to reread one of his favorite essays by Don Marquis called "The Almost Perfect State."

In the essay, Marquis describes his wish in old age to “recline in a wheelchair and bellow for alcoholic beverages;” to sit with his “feet in a bucket of hot water; a decanter of corn whiskey near at hand,” and a forty-five-caliber revolver at his side so he could “shoot out the lights” when he wanted to go to sleep.

In his essay Marquis seems to be saying to hell with the rules, that old age would entitle him to do whatever he damn well pleased. I realized at some point that by Vern’s not talking about his son’s death, and always referring to the Marquis essay, he identified with the sentiment and was doing his own version of “shooting out the lights.” So, the title seemed appropriate.

I would hope that readers would come away with the understanding that talking is the only way out, that it takes courage and can be painful, but in the end is the key to moving past the grief and recovering a sense of equilibrium.

A: My next book, Swimming for My Life, will be out in the fall of 2022. It is my childhood story about my sometimes dark, eccentric, and unconventional family. It’s also a peek into the world of competitive swimming in the early years of Title IX and a look at the backbreaking, and sometimes soul-crushing, work it actually takes to reach the Olympic level.

A: Telling our stories versus keeping them to ourselves is an issue I’ve wrestled with most of my life.

Recently I heard John McWhorter, the linguist and English professor, say on a television program, “When you tell people they can’t talk, what they do is they think and they get angry. Nothing will change that because you can’t get rid of what they’re thinking.”

This resonated for me in such a big way. I hope readers of my book will be encouraged by my story to speak out and not be silenced when it comes to facing a loved one’s grief. And even better yet, not be silenced at all!