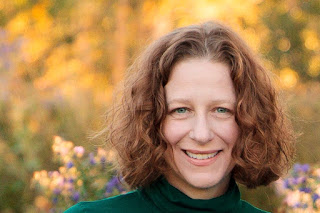 Lori McMullen is the author of the new novel Among the Beautiful Beasts, which focuses on the life of environmentalist Marjory Stoneman Douglas. McMullen grew up in South Florida and lives in Chicago.

Q: What inspired you to write Among the Beautiful Beasts?

A: My inspiration for writing Among the Beautiful Beasts came from two different sources at nearly the same time, which created a burst of insight that really propelled me forward.

First, I realized I wanted to write a book in which place was a compelling and critical part of the story. I’d found, through writing short fiction, that a palpable sense of place both made my work better and allowed me to indulge in the sort of lyrical prose that I love to write.

But which place? It didn’t take long to answer that question – the place had to be South Florida, my childhood home, which remains as mysterious and miraculous to me now as it did when I grew up there.

The second source of inspiration was Paula McLain’s historical novel Circling the Sun, which tells the story of Beryl Markham, a pioneering aviator. As soon as I finished reading that book, I knew I wanted my book to be set in the past and to feature an intrepid, norm-breaking woman who challenged assumptions about what women could do.

With those two realizations – that South Florida would be critical to my story and that the story would be about an accomplished and unconventional woman – I thought immediately of Marjory Stoneman Douglas, someone South Florida schoolchildren, myself included, regularly learned about because of her enormous impact on the preservation of the Everglades.

As soon as I began researching Marjory’s early life, as soon as I learned about her heartbreak and trauma and resilience, I understood that I’d found my book.

Q: What did you see as the right balance between history and fiction in your portrayal of Marjory Stoneman Douglas?

A: This question was something I considered very carefully before beginning the book. In my view, the goal of historical fiction is to blend facts and art in just the right proportions so that something close to truth emerges.

And if you think about it, this is something many of us do in our own lives all the time – we reflect on our experiences and create a narrative around them; we look for meaning and themes in our personal trajectories and assign symbolism to the things we’ve encountered along the way. I tried to bring this same thoughtful reflection to Marjory’s life.

The foundation of Among the Beautiful Beasts is factual and rooted in history so that the essential elements of Marjory’s life portrayed in the book are accurate. 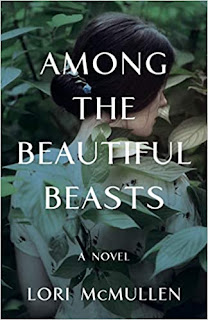 I then plucked real details from these elements – her mother’s musical talent, for example, or the complexity of Marjory’s relationship with Andy – and crafted these details into something more, something that serves the narrative and creates meaningful fiction.

At every step, though, I asked myself, "Would Marjory be okay with this?" I couldn’t actually answer that question, of course, but just asking it helped keep me focused on my desire to share her story and give context to her legacy.

Q: How did you research Douglas's life, and did you learn anything that especially surprised you?

A: I used different sources to learn about the various aspects of Marjory’s history. Both the University of Miami and the Miami Herald have online archives that offer valuable information about Marjory’s life and work in South Florida.

I also read books like Gladesmen: Gator Hunters, Moonshiners, and Skiffers by Glen Simmons to get a sense of the pioneer history of South Florida, though those books aren’t specifically about Marjory Stoneman Douglas.

For the most personal aspects of Marjory’s childhood and young adulthood, particularly during the years before she came to Miami, the best resource was her autobiography, Voice of the River. In it, Marjory writes frankly and factually about her life and her family.

I often read this book curled in my favorite chair, with a blanket and a mug of coffee and a highlighter in hand, ready for Marjory to “tell” me which of her many experiences were the most significant and needed to be included in Among the Beautiful Beasts.

Finally, to truly understand Marjory, I slowly read from cover to cover her seminal work, The Everglades: River of Grass. This book is entirely about the Everglades and gives no details about Marjory or her life, but the veneration and wonder of her written words offer perhaps the deepest insight into who she was and what she loved.

Before she became the well-known South Florida icon who fought for the health of the Everglades until she was more than 100 years old, Marjory faced several decades of real heartbreak and hardship.

The extent of these struggles, and the long-lasting effects they had on the course of Marjory’s life, truly surprised me during my research. I came to believe, though, that her early experiences – the ones that left her gutted and vulnerable, the ones that made her sacrifice herself for the benefit of others – gave Marjory a unique ability to empathize with the Florida wetlands and see herself in their plight, so much so that by saving that ecosystem, she was also saving herself.

A: For a very long time, this novel did not have a title. I just couldn’t think of the right one and referred to it simply as Marjory.

It was not until after the manuscript had been accepted for publication and the design team began creating a cover that I realized time was up and I had to come up with something. So I sat in the room where I’d written most of the book and visualized some of my favorite parts of the story.

The image that kept surfacing was one of Marjory hiding in a verdant tree hammock in the middle of the Everglades, surrounded by the magnificent creatures of the area – panthers and gators, spoonbills and herons, beetles and black bears – and I thought to myself, there she is, among the beautiful beasts.

At that moment, I knew I had my title, not only because it sounded nice and perfectly captured a pivotal scene in the book but also because Marjory’s fate had been so intimately intertwined with the fate of those beautiful beasts that the name worked on every level.

A: I’m in the very beginning stages of creating a new novel. It’s not yet developed enough in my mind to say very much, but it is about a lost friendship, a forgotten place, and ghosts. There definitely will be ghosts.

A: One last thought about Among the Beautiful Beasts – although the book is about the early life of Marjory Stoneman Douglas and the awakenings that led to her environmental activism, it is also, at its heart, the story of a woman who made some bad decisions, who felt torn between competing obligations, and who wondered if she had the strength to be true to herself.

In other words, it’s the story of any woman. And I believe that any woman who reads it will relate to Marjory, even if she has never set foot in the Everglades herself.