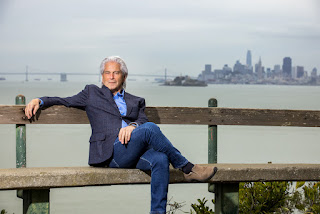 Michael J. Coffino is the author of the new novel Truth Is in the House. His other books include Prepping for Success. He spent many years as a trial attorney and high school basketball coach, and he lives in Marin County, California.

Q: Truth Is in the House is described as "a novel inspired by actual events." What inspired you to write the book, and how did you create your characters Jimmy and Jaylen?

A: I set out to write a work of fiction that honored the Bronx neighborhood (Highbridge) where I grew up. I am so proud of how we kids built a thriving and zestful subculture apart from the clutches of school, church, and family.

I originally planned to collect tales from childhood friends as a foundation for a narrative.

But the first interview put me off the path. I learned about a racial altercation at a local neighborhood bar that left two boys I once knew dead.

I was in the military when it happened (May 1970), and by the time I got discharged, my family had relocated to a different Bronx neighborhood. It took 50 years for the tragic news to find its way to me.

I began mining racial themes, and while researching, learned about an unrelated racially infused gang attack in the early 1960s in an upper Manhattan neighborhood.

I decided then to recalibrate the book narrative by connecting the two disparate events using two main characters—one white (Jimmy O’Farrell), the other black (Jaylen Jackson)— and their separate life experiences and personal missions as a construct for a race storyline. The book (and the main characters) organically grew from there.

Q: The book covers several decades--did you need to do any research to recreate the various time periods?

A: Yes, I undertook substantial research. 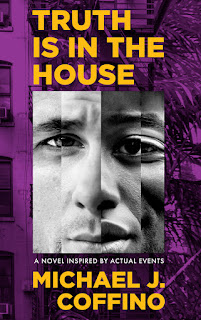 Most of the people I interviewed I didn’t know. They were either introduced to me or I found them via an internet search.

I also read countless books and watched countless videos and documentaries to pinpoint historical details and provide additional support for story authenticity. I didn’t want readers to suspend belief. I wanted them to identify with the time, place, and the emotive power of the narrative.

Q: What do you think the book says about racism in the United States, and what do you see looking forward?

A: The backdrop of the relationship between the main characters, the story setup, depicts race from an historical perspective. From there it drills down on the challenges that individuals face dealing with racism in their daily lives.

More than that, though, I wanted the story ultimately to say something different about race. I wanted to inject a glimmer of hope that we can, on an individual basis, rise above race as a divider.

I wanted us to imagine a more evolved community through the power of basic human connection where we take each other on our own terms, feel empathy for each other, and in the process subjugate race in defining how we relate to one another.

I cling to the belief that if we each do our tiny part, day to day, person to person, we can have a better world tomorrow than we had the day before.

Still, I am not naïve. From institutional and cultural perspectives, racism is deeply ingrained in our way of life. To deny that is to submerge a head in the sand. Sustained and pervasive change requires massive adjustments and hopefully, eventually, albeit I doubt in my lifetime, we will get there.

A: I had a different working title deep into the manuscript (Midnight at O’Grady). I continued to favor it, but also knew from prior publishing experiences it could easily die on the vine.

Truth Is in the House came to me while writing the critical scene in the book. I was literally in the middle of the scene, crafting dialogue for a moment of truth between the main characters, when it popped into my head.

I instinctively inserted the statement as a narrator thought in the text, and because it so well embraced the driving theme of the book, I adopted it as the title as well.

The concept of truth is sprinkled throughout the book. One (forecasting) example occurs when early in the story Jaylen goads Jimmy about how he’ll show up when the race card inevitably is dealt him.

It is the kind of moment I believe in one form or another will come to virtually all of us. We will be tested throughout our lives in the realm of race, and perhaps often, even in relatively innocuous situations.

As it was for the book characters, it’s inevitable—and likely illuminating. When it happens, how will we reveal ourselves, what will be our truth?

Most everyone disclaims harboring racial animus or bias. The bare reality is, however, we each have, in varying degrees, racial biases embedded in our psyches that influence how we see the world and impact our personal operating systems.

Of course, there exist more severe manifestations of the disease, found in those unabashed hate-mongering racists who lurk about. But we all suffer it to some extent. No one is immune from the systemic racism that has dominated, indeed defined, our nation since its origin.

A: I also ghostwrite and have a few clients I am helping with their nonfiction titles, including a true crime memoir that fascinates me.

In addition, I have begun my next two novels, one a fictionalized account of an extraordinary hitchhiking trip I took with a friend many years ago, the other a work that combines sports—I have a basketball coaching background—and crime—I also have a legal background.

A: Some brief observations about the book.

I got so much joy writing this book. The storytelling fed me each day. I love all my characters as such, from main to cameo, including those I personally do not like and even despise.

I made a point to know each of them as well as I could, get inside them, become as much of them as I could for as long as they played a role, good, bad, or in-between.

Also, apart from the original writing and whole-cloth creations it contains, Truth Is in the House draws on a wide assortment of actual events, none historically connected. I took pride in weaving them into a single coherent narrative.