Q&A with Derek B. Miller 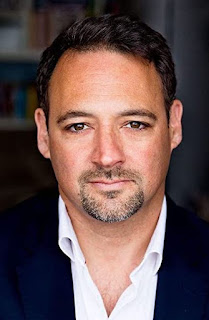 Derek B. Miller is the author of the new novel How to Find Your Way in the Dark. His other books include Norwegian by Night. He lives in Oslo, Norway.

Q: What inspired you to write How to Find Your Way in the Dark, and how did you create your character Sheldon Horowitz?

A: Sheldon Horowitz was a minor character, in an unpublished manuscript that I finished in about 2004. It was my "September 11th" novel, which many of us wrote and few of us published. I'm thinking of Extremely Loud and Incredibly Close by Jonathan Safran Foer, Don DeLillo's Falling Man, Jess Walter's Zero, and the like.

In it, there was a chapter called Sub-Zero about an illegal, nihilistic nightclub that started in a forgotten space almost under the Twin Towers that was accessible only through the closet of an antique dealer who lost a grandson in the attacks. That shop was owned by Sheldon and much of the story — his entire life, really — emerged from that single chapter.

I elevated Sheldon to the main character of my next effort because my own work until then had suffered by milquetoast protagonists who were boring and passive. Strangely, my secondary characters were great. I think it's because I felt freer with them.

So as an effort to grow as a writer, I promoted Sheldon because he was bold and opinionated and had a rich story of his own. I then sent him to Norway, gave him a dead son rather than grandson, and then shoved a traumatized child into his hands and told him to save the boy because he couldn't save the other one. That became my debut novel, Norwegian by Night.

I've now written the prequel — How to Find Your Way in the Dark — because I wasn't done with Sheldon's story. I wanted to know more. I wanted to spend more time in his company.

I wanted to watch him get into and out of more trouble (and back into it), and I wanted to listen to his inner thoughts and watch him grow up to become the man he finally became in Norwegian by Night. It took me a decade, though, to find the story that would be the right vehicle for that experience. I finally did.

A: Sometimes the name of a book pops right out and you know from the beginning. My science fiction novel, Radio Life, was like that. I knew immediately and Jo Fletcher, my editor, instantly agreed. So that was effortless. My Audible Original, Quiet Time, was like that too.

Norwegian by Night took a little more time to settle. The working title was River Rats of the 59th Parallel but with Scandi-crime being what it was (not that I knew it at the time), this worked out better.

The Girl in Green was a long discussion and I still don't love it though the book is very dear to me. The working title for that was The Long, Cold, Hard and Dark of It. I ended up using that for the title of a section.

American by Day was easy because it was a companion volume. But every project has its own story.

In this case, I wasn't sure at all. My agent, Rebecca Carter, and my editors — Jaime Levine at HMH and Bill Scott-Kerr at Transworld in the UK — must have helped me generate a list of 70 titles. Eventually I got that list down to five and then we settled on this one. 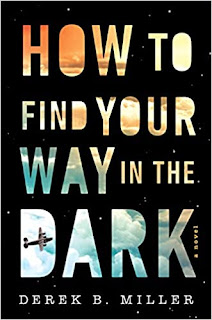 The working title was Twilight Crimes, which I still like and it ties in well to the story, but it was important to step away from the crime genre's expectations and structures (and imperatives) and let this book sit more comfortably with historical fiction, literary fiction, and be "crime-adjacent" instead of a traditional crime novel because it isn't one.

I think it's an excellent title for a coming-of-age story in a time of terrible darkness. It's all about the light and the love and the humor of living.

A: I never know how anything will end with one exception and that was Norwegian by Night, because the ending came to me while my son Julian was being born. That's a longer story.

That's always felt right to me, because only after writing it do I understand what it's about, and then the second (and third, and fourth, and fifth…) writings are less "editing" and more like crafting the story to become what it truly is meant to be — what it's demanding to be.

People who don't do this — people like James Patterson who outline the whole thing and then "fill in the extra words" — are aliens to me, and I'm not convinced we're even engaged in the same activity. A book like this emerges and through terrible effort, settles. The hope is that it finds a place in the world where it belongs.

A: It was endless. Anyone who writes historical fiction and aspires to authenticity will know this.

The book was set between 1937 and 1937. It is set in rural Massachusetts; the Colt Armory in Hartford, Connecticut; a Canadian airbase in Halifax; a British airbase in Iceland; Grossinger's hotel in the Catskills; and eventually Manhattan.

There was the hurricane of 1938 which remains the biggest in American history. The rise of Jewish comedy. The life of the Borscht Belt. The workings of the Norden bomb site and the operational parameters of U-boats and various Allied bombers … it went on and on and on.

And that was the easy stuff because that just required reading the newspapers every single day over that decade and looking things up.

The harder part was understanding the mindset, opinions, philosophies, hopes, dreams, aspirations, premises, assumptions, beliefs, and motivations of people as they approached and lived through World War II, the Holocaust, challenges of immigration, assimilation, sexual pressures and expectations … I could go on.

Surprising? Time travel is always surprising because it's a sort of in-dwelling in a foreign culture that feels familiar but often isn't. And also, many of our assumptions about the past are wrong so we're often jolted.

I think I was surprised at how distant all of it felt from the daily lives of people in the late 1930s who didn't consider any of it their problem. But, as always, I was also reminded of how directly our lives now are connected to theirs and how their lives were just as real and complex and multi-dimensional as ours.

A: My science fiction novel, Radio Life, was inspired by — and is in dialogue with — the classic 1959 novel by Walter Miller Jr. called A Canticle for Leibowitz. Both stories are post-apocalyptic, and both feature communities dedicated to collecting and preserving scraps of knowledge from the past for use again in some new kind of future. They are, however, stories with very different visions.

Miller was one of the aviators responsible for the destruction of the abbey at Montecassino in Italy in February of 1944. Montecassino was founded by St. Benedict and erected in 539 AD. It was one of the greatest repositories of art in Western civilization. It was later rebuilt and reconsecrated in 1964 with the original plans of the abbey that had been transported to the Vatican by the Germans in 1943.

All of this is on my mind right now as well as the experience of Italians during the war. A story is forming.

A: Yes, and I'm going to toot my own horn here because we live in a world where "selfies" are now normalized so I'm not going to hold back.

Karl Marlantes, the author of Deep River and Matterhorn, said that “[o]ne of the most difficult writing tasks is to take on a dark subject with humor. Standup comics try often and often fail. Derek Miller has succeeded admirably. Reading How to Find Your Way in the Dark was downright fun …Upon finishing the novel, I was reminded of that famous spiritual clown of the 1960s, Wavy Gravy, who once said, ‘without a sense of humor, it just isn’t funny.’”

I agree. Those people who know my work already understand that no matter how serious or intense the material I am committed to the pleasure and joy of reading this novel is a whirlwind of Sheldon Horowitz leading us from one adventure to another. I really hope everyone enjoys reading it as much as I enjoyed — at long last — writing it.