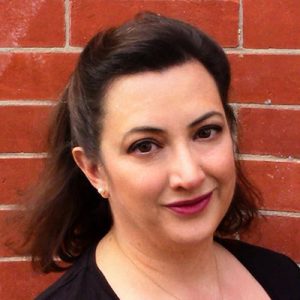 Susan Elia MacNeal is the author of the new mystery novel The Hollywood Spy, the 10th in her World War II-era Maggie Hope series, which also includes The King's Justice. She lives in Brooklyn.

Q: Why did you decide to set your new Maggie Hope mystery in Los Angeles?

A: The last two Maggie Hope books, The Prisoner in the Castle and The King’s Justice, have been dark. I thought Maggie—and readers—needed a change of scene and mood. So in Los Angeles we have sunshine, flowers, movie stars! But, of course, there’s always a threat lurking below the surface….

Q: How much did you know before writing the novel about Nazi plots in L.A. during World War II, and how did you research the book?

A: I knew nothing about American Nazis in southern California before and during World War II until my husband went to L.A. (to perform The Muppets Take the Hollywood Bowl, as Sweetums) and brought me back Steven J. Ross’s excellent book, Hitler in Los Angeles.

I read it in a huge gulp and knew I had to write about it. It reads like a thriller—but it’s frighteningly real. 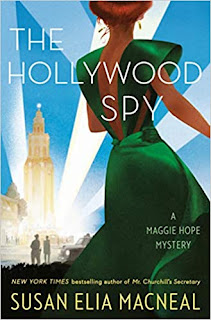 Q: What was it like to write about racism in 1943 during this country's current reckoning with racism?

A: That was… infuriating and heartbreaking. History may not repeat itself, but it does rhyme.

I knew a bit about the Zoot Suit Riots in L.A. in 1943, but I didn’t know about other riots that summer—in Detroit, New York, Texas, and Georgia… In so many ways, Americans forget and deny our country’s racism. And we’ll never be able to move forward together until we do.

Q: How would you describe the relationship between Maggie and John?

A: Complicated! They have a lot of history together, to be sure. But after two years apart, they’ve both grown up quite a bit. This is a chance for them to get to know each other as they are now.

A: I’m working hard to promote The Hollywood Spy, and also starting my first stand-alone novel. It’s also inspired by Ross’s Hitler in Los Angeles, but this time set in the late 1930s, with an all-American cast of characters who fight against the growing threat of American Nazis.

A: The Hollywood Spy is Maggie Hope’s 10th book! I’m so grateful to readers that her story continues. And even though I’m doing a stand-alone, Maggie will return for lots more adventures, including her next in Paris and Madrid with a rematch with Nazi agent Coco Chanel. The war’s not over yet!