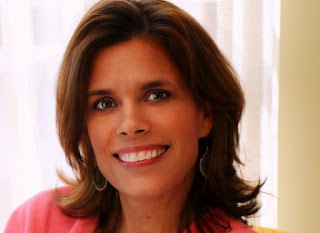 Wendy Francis is the author of the new novel Summertime Guests. Her other books include Best Behavior. She lives in the Boston area.

Q: How did you come up with the idea for Summertime Guests?

A: There were a few different ideas percolating in my mind for this novel. Initially, I wanted to write a story about love in its myriad stages, hence the four different couples in the book.

There's Riley and Tom, who are recently engaged and feeling all the butterflies of new love. Then there's Jean-Paul and his wife, Marie, who have a new baby at home, a baby that's testing their marriage. Jason and Gwen, both in academia, have a passionate but stormy relationship; they're trying to figure out next steps -- walk away from each other or commit?

And finally, there's Claire, recently widowed. Even though she was married for more than three decades, Claire has always wondered what her life might have been like if she'd chosen differently. In fact, it's the reason she comes to Boston -- to seek out a long-lost love.

I also wanted to write a book set in Boston, in particular, Boston's Seaport District, which is the new up-and-coming kid on the block, so to speak. But more about that below! 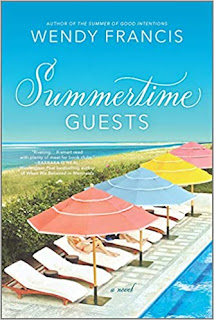 Q: As you mentioned, the novel takes place in Boston--how important is setting to you in your novels?

A: For me, setting is almost like another character in the book. In fact, I probably know the settings of my novels before I know the plot! I love bringing seaside communities to life.

Most of my books also take place during the summertime, probably because it's my favorite season, that time of year when life slows down and you can take a moment soak up the sunshine.

Summertime Guests is the first book I've set in Boston proper. The Seaport District, near the Boston Harbor, has undergone an amazing transformation in recent years.

What was once a fairly downtrodden area is now home to a magnificent neighborhood filled with luxurious condos and high-end hotels and restaurants. It's the new place to see and be seen -- much like the Seafarer hotel in the book.

A: This novel was a bit different from the others in that I knew how it would "end" in the first chapter -- a woman plummets to her death from a hotel balcony.

The rest of the book hinges on the four couples and the arc of their relationships as well as the question of who was the woman who died.

The characters' relationships -- and even the identity of the woman who dies -- changed a few times in revisions. I know better than to assume that the direction of my novel will hew to my outline. The story almost always shifts course simply because the characters take me where they may.

Q: Is the Seafarer based on a real hotel?

A: No, but I was certainly imagining a grand old hotel set by the sea. Probably the closest comparisons would be Wentworth by the Sea in New Hampshire, which has its own wonderful history, or the breathtaking Ocean House in Rhode Island.

A: I'm working on another novel, also set around Boston, in the nearby town of Hull. Hull has more of a working-class vibe to it than Boston's Seaport district, so I'm looking forward to mining its history. Back in the day, when it was a tourist attraction, it used to be known as the Coney Island of New England.

Without giving too much away, the story centers around three women who are drawn to Hull for different reasons.

A: Only that I'm really looking forward to summer 2021 and that I hope we can all reunite with the friends and family we've been missing dearly for the past year.

Until then, here's to hoping that Summertime Guests will give readers a summery escape that's filled with warmth, seaside views, and a bit of mystery. Thanks for hosting me!