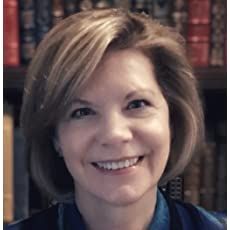 Margaret Rodenberg is the author of the new novel Finding Napoleon. A former businesswoman, she lives in Reston, Virginia.

Q: How did you first learn that Napoleon had tried to write a novel, and at what point did you decide to write Finding Napoleon?

A: Years ago, my husband and I were reading our way through Will Durant’s 11 volumes on the history of Western civilization. We came across a mention that young Napoleon Bonaparte had tried to write a romantic novel of love, war, and betrayal.

When I learned that the original manuscript still existed, I vowed to finish it for him. I’d lived in France as a young teen and still loved its language and history. Since I’d always planned to write a novel, the idea combined several passions.

Although I immediately set off to study Napoleon’s manuscript (called Clisson et Eugénie), it took 20 years for Finding Napoleon to evolve into the book you see today.

Q: What did you see as the right balance between fiction and history in the book?

For me, that’s a giant step too far. Instead, I fall somewhere between Napoleon himself, who called history “a fable agreed upon,” and Albert Camus, who said “Fiction is the lie in which we tell the truth.”

So, in Finding Napoleon, the major events are true. The magic of fiction happens in the interstices of the historical record. On that fertile, well-researched soil, I imagine details, dialogue, motivation, and events that fit within the facts. There I attempt to illustrate Camus’s truth.

For example, in Finding Napoleon, I drew on a thread of documented facts from Napoleon’s exile on St. Helena: Napoleon’s unexplained friendship with a local enslaved man, his thwarted attempt to buy the man’s freedom, and his payment to that man of 20 gold coins. 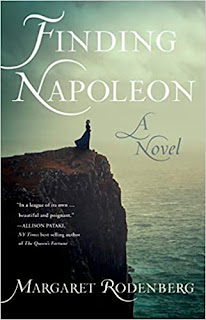 From those unexplained events, I hatched a plausible escape plot. That allowed me to highlight slavery on the British island, Napoleon’s tragic failures in Haiti, and Napoleon’s desire to cleanse his legacy. Of course, the escape failed. Its unhistorical success would have been a step too far.

Another detour from history is that I (not the aging Napoleon on St. Helena) fleshed out his youthful novel Clisson. Napoleon’s 15 or so pages, written when he was 26, describe a plot and characters. Some 20 years later, he carried the still-secret manuscript into exile on St. Helena.

In Finding Napoleon, my adaptation expands his story to 100 pages, often using letters, treatises, and other fiction Napoleon wrote. I like to think it is, if not the truth, how he would have liked to be remembered.

Most importantly, at the end of Finding Napoleon, there’s an extensive Author’s Note. In my experience, historical fiction readers appreciate a detailed clarification of fact versus fiction.

Q: What kind of research did you do, and did you learn anything that especially surprised you?

A: Reportedly, over 60,000 books have been written about Napoleon. (My husband claims I bought most of them.) Happily, Finding Napoleon focuses on Napoleon’s youth and his life after defeat. My readers and I avoid the complicated middle years of wars and politics.

Still, to understand Napoleon as a person, I read scores of books and papers in French and in English. I crafted my own translations of early publications of Napoleon’s Clisson manuscript. Trips to France and Corsica added color, inspiration, and detail. After attending several Napoleonic Historical Society conferences, I joined their board of directors.

But the big research prize was St. Helena Island, the site of Napoleon’s second exile and where much of the novel takes place. A tiny British-governed island in the South Atlantic, it remains one of the most remote inhabited spots in the world. Not counting a diversion in South Africa, my voyage lasted three weeks, including 10 days on a British transport ship.

Napoleon considered St. Helena an “accursed place,” where “the soul wears out the body.” I loved it. There, the French maintain Napoleon’s two residences and his first gravesite.

Alone in the silence of Napoleon’s musty rooms, gazing out his windows at the interminable steel ocean, I admit to feeling his presence. I soaked up the authentic atmosphere.

A year later, in Santa Barbara, California, when I held several of the handwritten pages of Napoleon’s original Clisson manuscript, my inspiration was complete.

Meanwhile, the role of audacious Albine de Montholon—the member of Napoleon’s exiled entourage who became his last lover—grew in importance. History often casts this feisty survivor of the Revolution and her husband as traitors to Napoleon. I didn’t see it as that simple.

As a result, Finding Napoleon has three intertwining threads: Napoleon’s defiant struggle after he’s lost everything; the adaptation of his unfinished novel Clisson into his romantic origin story; and Albine de Montholon’s zigzag between a liaison with “the world’s most famous man” and bourgeois happiness. While an emperor is at the heart of the story, the stakes are personal.

To this day, Napoleon astounds me, and not necessarily in a good way.

He is a general who could know, love, and inspire his soldiers, yet lead them into futile slaughter. He was a romantic man who loved with abject devotion, yet dismissed women’s roles outside the household. He spread meritocracy, religious tolerance, and constitutional rights throughout Europe, yet failed the people of Haiti when France needed the wealth slavery could bring.

He is Shakespearean in his brilliance and his flaws, in his triumphs and his tragedy.

A: I hope the reader will take away from Finding Napoleon that power is not what you are, but a tool you can use, misuse, and lose.

In the book’s front pages, before the novel starts, I quote a poem by the Russian poet Yevgeny Yevtushenko. It starts, “Power’s only a small blessing,” and concludes that what’s important is “creating masterpieces.” That’s the primary message of the novel.

From my heroine Albine, I hope the reader will learn that when you touch greatness, you don’t change it as much as it changes you. Perhaps, her most important lesson is how to live with grief and take joy in the love that preceded it.

A: My novel-in-progress is a French Revolution-era, dystopian novel with an undercurrent about social justice. I think the unfortunate parallels to our time make a compelling story.

A: I hope my readers will see Napoleon in a more personal way than history portrays him. Most of all, I hope the book gives pleasure and a touch of inspiration.

Along this journey, I’ve learned to judge history’s players within the context of their time, without condoning but learning from their transgressions. Personally, I’m trying to think forward: to judge our own era from the perspective of future generations.