Q&A with Leonard A. Cole 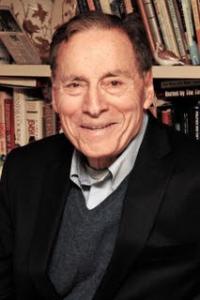 Leonard A. Cole is the author of the new book Chasing the Ghost: Nobelist Fred Reines and the Neutrino. It focuses on the life of his cousin, Fred Reines, who won the Nobel Prize in Physics in 1995. Cole's other books include The Anthrax Letters. He is an adjunct professor at the Rutgers New Jersey Medical School and Rutgers University-Newark.

Q: Why did you decide to write this book about your cousin Fred Reines?

A: Fred Reines was my older cousin and for as long as I can remember, I knew him as magnetic and exciting company. At family gatherings when I was a youngster, he would invariably ask about my progress in school and about my burgeoning interest in science.

He received his Ph.D. in physics in the 1940s. I was in elementary school at that time, and I joyfully recall an afternoon when he took me to the Museum of Science and Industry in New York City.

Fred’s scientific achievements included discovery of the neutrino, for which he received the Nobel Prize in physics. He was also an accomplished singer, actor, essayist, and poet.

Some years after his death in 1998, I felt that Fred’s persona, diverse talents, and towering scientific achievements, could make an exciting story. Thus, this book. 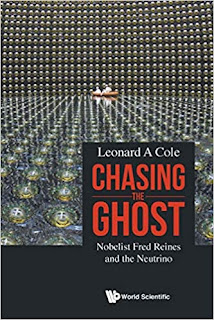 Q: You begin the book in 1963 at a South African mine. Why did you choose to start there?

A: The existence of neutrinos was theorized in 1930, and though presumably plentiful throughout the universe, they were thought to be undetectable. Fred and his colleague Clyde Cowan devised an experiment that in 1956 upended that assumption.

Since neutrinos lack an electric charge, have little mass, and rarely interact with matter, they are often referred to as ghost particles. In fact, trillions of neutrinos pass unnoticed through every person every second.

The neutrinos that Reines and Cowan detected were produced by a nuclear reactor. Fred’s subsequent quest to identify naturally produced neutrinos—from the earth’s atmosphere—led to an experiment in a two-mile-deep South African gold mine.

Neutrinos passing through the earth might be identified in the detector, while confusing signals from other cosmic particles would be blocked by the earth’s thickness.

My book’s first chapter dramatically introduces the reader to the surprising and formidable conditions that were encountered by Fred’s research group.

Q: As you were working on the book, how did you balance your roles as biographer and relative?

A: I aim to provide a full account of Fred’s persona while acknowledging my own familial affection for him.

In the course of my research and interviews with people who knew him well, several common themes about his character became evident. Fred’s exuberance prompted descriptions such as, “It was hard not to like him,” and “He was larger than life.”

The overriding message from almost all who worked with him was that he was an unusual fount of creative ideas and an inspiring leader to students and colleagues. He became regarded as the father of neutrino physics, a field now numbering thousands of researchers.

A: Fred believed it “an absurdity” that a purportedly educated person not know elementary scientific facts such as the physical basis of a rainbow.

Recognizing that many principles of science could be explained without the use of complex mathematics and formulas, he taught a popular course for non-science college majors titled, “Rainbows and Things.”

He believed it a responsibility of scientists to convey to others the beauty and necessity of scientific understanding of the world we all inhabit. I hope this book contributes to that effort.

A: I have long taught and written about biological and chemical warfare and terrorism and I direct a course on medical preparedness and response to such agents. The Covid-19 pandemic underscores how devastating a bio-agent can be.

Apart from efforts to promote my new book, I continue to assess how best to address the threat of harmful agents whether released deliberately, accidentally, or resulting from natural cause.

A: The Covid-19 virus and the neutrino are entirely unrelated, yet investigations of each share a common quest: to understand their nature. In a rational world, such understanding should be based on evidence free of political, religious, or ideological bias. Science is, or should be, key to explanations of natural phenomena.