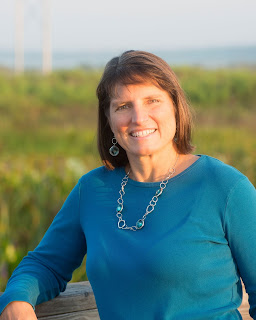 Tammy Euliano is the author of the new novel Fatal Intent. She is an anesthesiologist and a professor at the University of Florida. She lives in Gainesville, Florida.

Q: What inspired you to write Fatal Intent, and, as an anesthesiologist yourself, how did you create your character Dr. Kate Downey?

A: I was inspired to start writing by my career mentor, Dr. J.S. Gravenstein. After we finished writing an introductory anesthesiology textbook together, we decided to continue our collaboration with a novel featuring, you guessed it, an anesthesiologist…and a simulator come to think of it.

Sadly he fell ill and passed away, but I had the writing bug that had lain dormant since my grade-school-self had written of lady bugs and lions cohabitating.

Fatal Intent is the first novel I wrote and its theme was inspired by a life-long interest in end-of-life issues.

As with many beginning authors, my protagonist started out as basically as a whitewashed me. The me I thought I wanted to be. Then terrible things started happening to her, and she showed a resilience far beyond what I think I could handle.

It was fascinating to watch her evolve in my mind and on the page over the course of several years and innumerable edits. In the end, she turned out way cooler than me, and someone I’d love to be friends with. 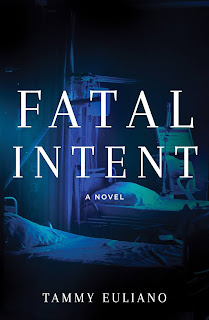 A: Hmmm, both? I knew that a certain someone would die, but I didn’t know how, and the circumstances definitely changed over time. But the bare bones of it I think were cast quite early in the process.

Someday it would be fun to go back through the early versions and see just how much things changed. What am I saying? I could never go back and read the drivel that came before. I curse the undeletable system I begged my husband to install.

A: The fascination actually began before that. We had a debate in my 5th grade class about the fate of Karen Ann Quinlan, a young woman in a persistent vegetative state whose parents wanted her ventilator disconnected, while the State of New Jersey disagreed.

I don’t recall what side my 10-year-old-self argued, but the question never left me. Medical technology and the ability to keep the body alive has far outpaced our ethical ability to deal with the implications.

In medical school and residency, the question resurfaced repeatedly, while watching families’ extended mourning in the ICU, and anesthetizing patients for innumerable procedures despite little to no hope of a meaningful recovery.

Meanwhile, the absurd cost of medical care in the U.S. frequently made the news, especially expenditures in the last few months of life and final hospitalization.

My goal with Fatal Intent was to raise awareness. I hope it will encourage conversation both in homes amongst loved ones, and eventually at the state or national level.

Specifically, I hope readers will talk openly with family about their wishes and DEMAND they do the same. “Do what you want, I won’t know,” is not the answer. It leaves grieving family to make painful and often controversial decisions at the worst possible time.

Q: What are some of your favorite suspense novels?

A: I’m afraid I don’t have specific novels I love, but authors. Once I find one I enjoy, I binge read/listen to everything they write. My favorites are Louise Penny’s series set in Three Pines, Quebec. It’s the only fiction series I’ve read more than once. Though I have listened to Harry Potter several times as well.

Others I never miss include Harlan Coben, both his Myron Bolitar series and his stand-alones. I just started his newest, Win, and look forward to it being another series.

I love Bosch and now Renee Ballard by Michael Connelly, and never miss a Lee Child or Deborah Crombie or Daniel Silva. There are too many to name, and many I’m just discovering like Hank Philippi Ryan and Jenny Milchman.

A: The sequel to Fatal Intent, in which Kate, Aunt Irm, and Christian face another series of challenging circumstances, is due ASAP.

I’m also working on another series. Pre-covid I wrote about a bioengineered virus that destroyed the fertility of humans and other primates. Sort of Children of Men-ish, minus the soul-crushing fate of mankind that P.D. James described.

Anyway, I LOVE the themes, the characters, and the challenging topics raised, but have yet to interest an agent or publisher.

A: Well, that’s an open question. How much time do you have?

How about this…I met my husband my first week of college. I was walking across a promenade to my mailbox (for the kids it’s this thing where people get letters and cards written on actual paper) when a football rolled into my path. Some guys were playing in the common area.

Being a 17-year-old recovering tomboy, I picked up the ball and threw a beautiful spiral…over their heads…into a tree. Well, they decided I was raw talent and recruited me for their dorm co-ed flag football team (“hey, wanna play?”…“sure.”).

My future husband and I took turns at quarterback duties (guys could only throw to girls, girls could throw to anyone, preferably on the same team).

We ended up winning the dorm championship several years in a row and eventually competed in the national championships in New Orleans. “Awwww.”  And yes, all three of our children, two daughters and a son, can throw a spiral.