Michael Farris Smith is the author of the new novel Nick, a look at the character Nick Carraway from F. Scott Fitzgerald's The Great Gatsby. His other books include Blackwood. He lives in Oxford, Mississippi.

Q: What intrigued you about Nick Carraway, and how do you see your version of the character in relation to Fitzgerald's?

A: It was a combination of re-reading Gatsby a few years ago, and having Nick’s own experience relate to my own life, its questions and curiosities, that came with both living abroad and trying to do something creative and imaginative with my life.

I read Gatsby when I was much younger and didn’t really get it. But when I read it five years ago, each page seemed to speak to me. And when Nick admitted that he was on the edge of a decade of loneliness, I remembered myself at that age, and feeling those same things. I wanted to explore what got him there. 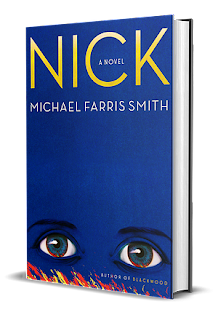 Q: In a New York Times review of the book, Ben Fountain writes, "We hear echoes of Fitzgerald, of course, but also of Faulkner, Hemingway and a less baroque Cormac McCarthy." What do you think of that description?

A: When I saw that, I was a little stunned. I’ve been compared to some of those names before, but never all at once. Those are like the Four Horsemen of my influences so it was extremely flattering and humbling.

A: I did know where I wanted to leave him. I had no idea how to get there. And this was part of what made Nick a different experience because I don’t usually work that way. I never know the end until I get there with my other novels, but I knew I wanted to leave him laying eyes on the green light.

A: I’ve been finishing up a script I’ve been working on with a couple of directors. And I’m in the very early stages of a new novel. I just feel like you have to keep the wheels turning.