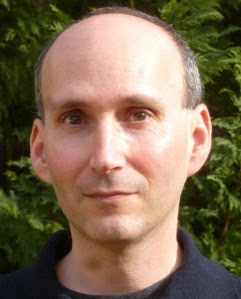 Eric Lotke is the author of the novel Union Made. His other books include 2044. He lives in Arlington, Virginia.

Q: What inspired you to write Union Made, and how did you create your characters Nate and Catherine?

A: Union Made is inspired by my own transition from a union-skeptic to a believer – but it’s more fun because it’s a romance.

When I was a kid, labor unions meant nothing to me. They were like horse and buggies, quaint but obsolete. Unions entered my life only as something adults occasionally complained while watching the news. So I grew up skeptical. Not hostile but skeptical.

In the first decade of my career I worked to reform the criminal legal system. Too many people were locked up, especially people of color, and I wanted to do something about it. Labor unions were often on the other side – so my ambivalence turned to opposition. Unions seemed like part of the problem.

How wrong I was.

Nate and Catherine followed naturally from that. Really, the book is a dialogue between the old me and the new me. Catherine is a union organizer fighting for higher wages. Nate looks at a union strike and thinks it serves the workers right if the factory moves to Mexico. Can they possibly come together? 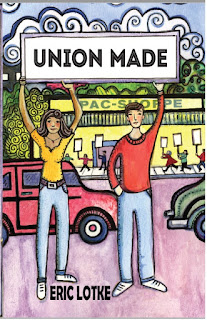 Q: You alternate between Nate’s and Catherine’s points of view. Did you focus more on one character before turning to the other, or did you write the book in the order in which it appears?

A: I wrote the book in the order it appears. Although I just called it a dialogue about unions, it’s importantly a love story.

Nate is lonely and pining. He’s an accountant who works for ownership of the company Catherine is trying to organize. Catherine is smart, fabulous, and way way way too busy for romance.

The number of scenes with them together is relatively small. Each of them is living their part of the campaign, and the story unfolds from their individual points of view.

Most fun was writing scenes where they’re both present and actually talking to each other. I get to say the same thing twice, differently, each scene advancing a few minutes from the previous.

Q: What do you think the novel says about the role of unions in today’s world?

A: We live in a world of division. People are naturally divided, and political forces exploit and increase those divisions. Politicians pit whites against blacks, men against women, straight people against LGBTQ.

Unions are the opposite. Unions exist to pull people together. It’s in the name. Unions are built around the shared interests that unite working people everywhere. Everyone needs more money. Everyone wants health care and control over their shift schedule. The union goal is to bring people together to get it.

I don’t expressly talk about race in my novel, but it’s no accident that the front-line characters in the union campaign are white, black, Peruvian, and Pakistani. As I once heard in the context of a factory closure, “When the lights go out, nobody can see the color of your skin.”

A: This is the story I wish I’d read when I was a kid. Or that I wish my parents had read when they were watching the news and complaining about something.

But I promise it’s not preachy. It’s a romance! I owe my readers a good time. People tell me the jokes are funny (thanks!). An academic who publishes on income inequality thanked me for showing him how unions build a campaign.

I hope people will come away from the story hoping the workers get a raise and Nate and Catherine get it together.

A: Some years ago I wrote a novel called 2044: The Problem isn't Big Brother, It's Big Brother, Inc. My story starts where George Orwell’s 1984 left off.

Some readers have requested that the adventures of Nate and Catherine continue. And why not? Plenty of workers still need to be organized…