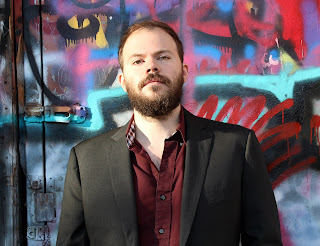 Erik Hoel is the author of the new novel The Revelations. He has a Ph.D. in neuroscience and is a research assistant professor at Tufts University. He lives on Cape Cod in Massachusetts.

Q: How did you come up with the idea for The Revelations, and for your character Kierk?

I got into science motivated by the idea of researching it, although I ended up staying and receiving my Ph.D. in neuroscience because I was good at it and found it quite interesting. So in this I’m like a method actor who has wandered off a film set and lived on as the character they were acting.

As for Kierk, he’s a young man obsessed with solving the scientific mystery of consciousness. The idea for him came naturally to me since he draws a lot from my own experiences in academia, particularly the more pressure-cooker parts of it, or the way older scientists can be hostile to younger ones.

But like his namesake the philosopher Kierkegaard, he’s from a different era. There was a romantic movement in Germany called Sturm and Drang that embraced strong emotions as a reply to rationalism, like Goethe’s The Sorrows of Young Werther, which was so emotional (we’d call it “emo” today) it ended up sparking copycat suicides. 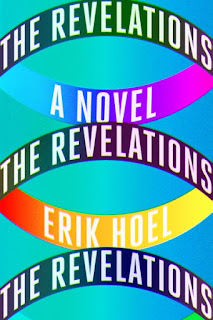 Kierk is a character out of that tradition. In this he is very much an exaggerated literary character. I needed that force of romanticism if the novel was going to be set in the rational world of science. Like getting the correct ratio of sugar to salt.

Q: You write that "one of the main goals of the book is showing what it is like to be a scientist in general, and I think my background helps get all the little details right." Can you say more about how being a scientist and a novelist work together for you?

So when writing a novel that tries to encapsulate the world of science it was necessary to set it in a place where literature and science stand on an even footing.

This is because science is extremely difficult to discuss from an artistic perspective. It is a universal reductive acid, the gold-standard for knowledge and thought. In literature science is generally either ignored or it is fetishized. The advantage of my background is that I get to try a third way.

A: The novel has a delicate structure: every chapter is a subsequent day, there are over 30 such days, and each day begins with a waking scene of Kierk coming to consciousness.

Yet it has to work as a murder mystery, with new bits of information coming to light each day. The reader has to feel a sense of progression. It was impossible to do anything but work it over and over again until the pacing came out right.

Q: You note that you read and reread Moby-Dick as you were writing this novel. What impact did that have on you?

A: Moby-Dick is an omnivorous novel. There’s everything in it, from how to tie knots to metaphysical musings. That Melvillian style, strongly metaphysical and digressive, influenced The Revelations.

In Moby-Dick the profession of whaling becomes a metaphor for all human strife. The classic man vs. nature became man vs. metaphysics.

The Revelations is also a novel about a profession, science, and the striving of those scientists to understand a world that may be fundamentally unknowable.

It’s this structure that makes this book something more than just a standard murder mystery, and that’s directly owed to Melville.

A: Something I’m excited about but not ready to share. As I said before, I’m very much a method actor in my style of writing. The Revelations is the only book I could write as the person I was and it contains 100 percent of what that self was capable of putting out.

I’m not interested in repeating myself, and therefore to write another novel I have to become an entirely different person. One can only do that so many times, so I’m likely limited in how many novels I’ll squeeze out of this mortal coil. Perhaps three to four, if I’m very lucky.

A: Just that the book is designed to be readable – it’s not nearly so high-minded as I sometimes make it sound. Good fiction has to be earthy, real.

My own motivations are often abstract so this is what I talk about. Yet so much of the work I put in is to create a scene that feels and tastes real and makes you want to keep reading.