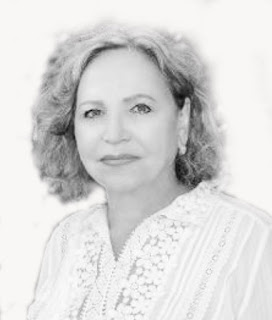 Alla Shapiro, a physician, is the author of the new memoir Doctor on Call: Chernobyl Responder, Jewish Refugee, Radiation Expert. Born in the USSR, she immigrated to the United States in the 1980s. She worked at the U.S. Food and Drug Administration as a medical officer.

Q: Why did you decide to write this memoir about your experiences?

A: My motivation was to record my participation as a physician first responder to the Chernobyl disaster. We physicians triaged and administered first aid. None of us were given protective clothing or detailed instructions.

At international conferences, I am repeatedly asked this question: “What were medical first responders least prepared for at Chernobyl?” My answer never changes: “Everything.”

In response to the many catastrophic mistakes that occurred at Chernobyl, I was compelled to write this book. I believe that relating these experiences could assist the U.S. to respond to a nuclear disaster and avoid the pitfalls the Soviet Union faced during the Chernobyl crisis.

I was also compelled to share my family’s harrowing journey of immigration from the Soviet Union to the U.S. as stateless refugees. I hope my experiences of facing an unknown and uncertain future that I share in Doctor On Call will resonate with the ongoing struggle of others who seek refuge in America.

Q: Thirty-five years later, how would you describe the legacy of the Chernobyl explosion?

A: The tendency to believe that a cataclysmic event, such as a nuclear explosion or a pandemic, will not happen to us again is known as “disaster amnesia.”

If we deny the possibility of future disasters, then history will repeat itself in an endless loop—new unthinkable and unpredictable disasters will happen again and again until we replace disaster amnesia with crisis retrospection.

Owing to knowledge gained from the Chernobyl disaster along with advanced research conducted in the U.S. with key international institutions, we are now working to develop a new class of pharmaceuticals called medical countermeasures (MCM). 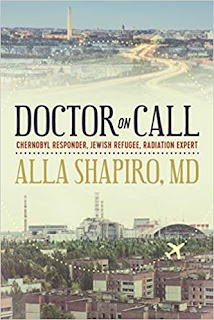 I am honored to have helped unite physicians and scientists from my birth land of Ukraine with my U.S. colleagues to remedy past failures in preparedness.

There is no modern guide to surviving a nuclear war or pandemic. In 1986, nobody knew what to expect, or how to cope with the gravity and the extent of damage that comes in the wake of such an apocalyptic event.

There are lessons to be learned from the Chernobyl disaster and the COVID-19 pandemic.

Governments should keep citizens informed of dangers, whether radiation exposure or a virulent virus, so that protective measures can be taken.

They should provide access to relevant scientific knowledge and data, lest fear and pseudoscientific facts take their place. Politicians should not be editing the science to suit their political needs.

In hindsight, the necessity of formulating a plan for not only stockpiling resources but for their equitable distribution should be a top preparedness priority.

Finally, governments must develop a national strategy for dealing with catastrophes, and they must implement coordination among all levels of government and government agencies as they prepare for the next disaster that lands at our door.

Q: As someone who sought refuge in the U.S., what do you think of the debate over immigration today?

A: I am not an expert, so I cannot speak to the policy debate, but I can talk about my own experience. I was a part of a wave of immigration to the U.S. that involved many people who fled the Soviet Union because of religious persecution.

Four generations of my family, along with a diverse group of Jewish refugees, travelled from the USSR to Austria and then on to Italy, where we remained in limbo for six months.

At the time, the U.S. government had a new policy to limit the number of Soviet Jews entering the country as political refugees. We remained stuck in Rome as we hoped and waited for visas. Finally, in December 1989, my family and I flew to Washington, D.C.

Now that I have lived in the U.S. for over 30 years, I have been encouraged by the immigrants who came here before me and helped build America into the country it is today. Their resilience, courage, and contributions to American society have been an inspiration for me to persevere and continue to believe in my hopes and dreams.

A: As a re-credentialed American doctor, I devoted my life to disaster preparedness. Although my memoir recounts global tragedies and discrimination, it is a handbook for preparation in confronting disasters, surmounting prejudice, and restoring hope in our ability to respond to personal and global emergencies.

A: I work as a consultant and advisory board member for an international pharmaceutical company that is developing a novel drug that might protect humans from harmful doses of radiation, whether from a terrorist attack or from accidental or incidental exposure to radiation.

In addition, I am conducting webinars for the professional community (scientists and medical care providers) who are interested in the health effects of radiation on humans.

I emphasize the importance of strengthening the preparedness of our country to respond properly and quickly to the possibility of a future nuclear disaster.

But my favorite way to spend time is to be with my family and enjoy my four adorable grandsons.

A: One of the stories from the aftermath of Chernobyl that is not shared often is how doctors who had no experience with the effects of radiation reacted to the increased levels found in their homes. I was one of them.

After I realized that the city of Kiev was in a hotspot, I borrowed a Geiger counter—a device for measuring radioactivity—from a friend.  During the 10-day information blackout following the explosion, I could check levels of radiation at home, on furniture, on my 3-year old daughter Olga, her toys, even on potted plants on the balcony.

After crawling from room to room with the Geiger counter, I forbade my daughter from playing with her toys. I felt completely helpless – I could not even protect my family in one of the safest places on Earth, our home!

Full of fear, I focused on one of Olga’s favorite stuffed animals, which she was gently hugging and kissing. I slowly moved the Geiger counter along the fuzzy body. The negative results thrilled both of us, and Olga pulled the toy from my hands and kissed it on the nose. “Wait!” I shouted, “Let me check the nose too!”

The next moment we heard the dreaded click, click, click. The radiation level found on the tip of the nose of this toy far exceeded what was considered safe for a child to be exposed to in an entire year. I buried the toy in the trash, along with some sofa pillows and flowerpots from the balcony.

Despite my efforts, I could not totally rid the apartment of radiation. My family would end up sleeping on the floor without pillows or blankets, eating without dishes or silverware.

I realized that we could not live that way. I returned household objects to where they belonged and announced, “Business as usual,” with a bravado I did not feel. I cuddled the inconsolable Olga, who hugged a pillow in lieu of her toy. Business as usual became part of everyday life for us and for the people of Kiev and surrounding areas.