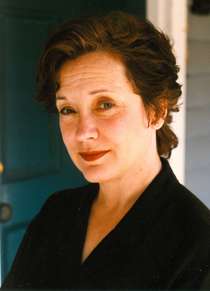 Jeanne Mackin is the author of the new novel The Last Collection: A Novel of Elsa Schiaparelli and Coco Chanel. Her other novels include The Beautiful American and A Lady of Good Family.

Q: Why did you decide to focus on the designers Elsa Schiaparelli and Coco Chanel in your new novel?

A: Hello, Deborah, and thanks for your interest! When I began The Last Collection – A Novel of Elsa Schiaparelli and Coco Chanel, I was fascinated by the intensity of the rivalry between these two very powerful women. They were both at the top of their fields, couture designers in Paris in the 1930s.

And they stood for such different things. Coco was revolutionary and also down to earth in her designs. Elsa Schiaparelli was rebellious and playful and not always practical. Coco wanted elegance and serviceability in her garments; Schiap wanted to astound people.

I also wanted to continue an exploration of a thread that appeared for me when I was writing a previous novel, The Beautiful American: how war affects all populations, not just the soldiers fighting it. I was reading Elsa Schiaparelli’s autobiography, Shocking Life, and realized that the Parisian fashion industry was as affected by World War II as all other parts of France and Europe. Both Coco and Schiap had to make difficult choices to survive the war. 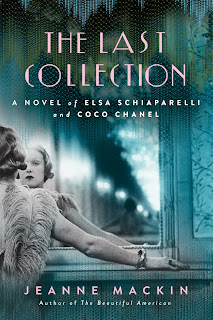 Q: How did you come up with the idea for your character Lily, and what did you see as the right balance between the historical and the fictional in the novel?

A: The balance between fact and fiction is so important in historical novels. When I’m writing about actual historical figures – Coco and Schiap – I embellish facts, but I’m sticking to the facts, as far as we can know them. That’s why I include the fictional characters – Lily and Charlie and Ania – so that I can create a story that adds new layers, new ways of thinking, about the historical figures.

Lily was fun to work with because she is so very different from me. Lily is about color, the visual word. She’s an artist and she thinks and understands in terms of color and image. I am such a non-visual person, such a word person, that sometimes I dream only in dialogue, no images at all. So Lily was a way for me to teach myself, or at least consider, a very different way of being in the world. 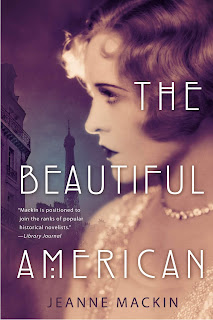 A: For me, the biggest surprise in this novel was how connected fashion was to politics. And still is. My wardrobe is pretty basic and I am not what could be called a fashionista, so when I had to start thinking of clothes and what they meant I realized that every clothing decision we make is in fact some kind of statement, and often a political statement.

The Pink Pussy hats protesting patriarchy and sexism as experienced now are just part of a long line of clothing as political statement. The jeans I wore all during college, the padded shoulders of my first office suits, the boots and turtlenecks I wore when teaching -- they were all statements about my values, my aspirations, my expectations.

The research included lots and lots of reading. Shelves of it. I know Paris pretty well from many trips to my favorite city, but I had to learn about Coco and Schiap and the city as they would have experienced it. 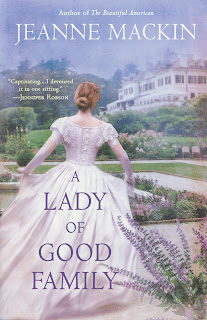 What was the atmosphere in the early 1930s, and how did it change in 1938? What were the balls like, the coffee houses and nightclubs? Some of my favorite research included finding a collection of cocktail recipes from the famous bars of 1930s Paris (yes, I tried a few) and a gorgeous illustrated book called Theatre de la Mode, about how haute couture came back after the war.

Q: Why did you choose to focus on the period just before and during World War II?

A: That war changed so many things and we are still living through parts of it, I think. My father fought in that war, so learning about it is also a way for me to learn more about my family. Most of my friends had relatives somehow involved in the war.

The war in Paris though, in France in general, was especially complicated. France was still exhausted from World War I and wasn’t ready to fight another world war. People were concerned with surviving and that made for some pretty tough, and often dubious choices. Following the process of how two particular people, Coco and Schiap, made those choices underlined for me how complex the situation was.

A: I’m still in France, but went slightly backward in time, to the 20s, and to the south of France, when the Riviera was just becoming popular. I’m working with Picasso and F. Scott Fitzgerald and some of their friends. More than that I won’t say!

--Interview with Deborah Kalb. Here's a previous Q&A with Jeanne Mackin.
Posted by Deborah Kalb at 6:51 AM