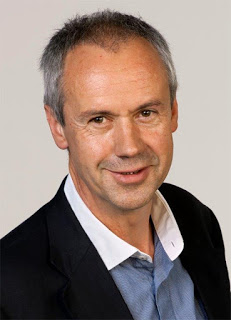 Uwe Westphal is the author of Fashion Metropolis Berlin 1836-1939: The Story of the Rise and Destruction of the Jewish Fashion Industry, now available in an English translation. His other books include Ehrenfried & Cohn and The Bauhaus. He has worked as a journalist and producer, and he lives in Berlin and London.

Q: Why did you decide to write this book on the history of Jewish fashion in Berlin, and how big a role did the Jewish community play in Berlin's fashion industry before World War II?

A: After leaving university, I dreamt of becoming a foreign correspondent, but unfortunately no one would offer me a job as one! So I started my journalistic life as a fashion reporter in Berlin, traveling to fashion shows in Paris, Milan and London. And that’s how I started meeting Jews who had once worked in the Berlin fashion industry.

They told me about how the fashion business in Berlin had first started - in 1836. The founding businessmen had been Valentin Manheimer and Herrmann Gerson – they had introduced the novel idea of standardised clothing sizes. The anti-Jewish pogroms in Eastern Europe had been behind both men’s decision to immigrate to Berlin at a time when the city was emerging as a thriving metropolis, right in the center of Europe.

Their revolutionary concept of producing ready-to-wear clothing in a range of standard sizes led to the general public being able to afford fashionable clothing for the first time. Within 30 years, Manheimer and Gerson had established large, much loved fashion stores throughout Berlin.

By 1873, about 90 percent of all fashion businesses in Berlin were owned by Jewish businessmen, whose superior know-how of tailoring, together with their international connections, enabled them to dominate the industry. “Berlin Chic” was exported across the globe.

Even the First World War did not slow down the rise of Jewish influence - fashion firms and their designers played a crucial role in Germany’s clothing industry. What became known as “democratic fashion for women,” i.e. clothing without the need for corsets, thereby paying tribute to working women’s emancipation, was attributable to Jewish stylistic innovations.

The Weimar republic, with its new artistic influences and trends from music, theatre, film, and Bauhaus style and architecture represented the pinnacle of what fashion can achieve. After 1933 and the Nazi rise to power, it became clear that National Socialist ideology was the exact opposite of what had once been Berlin fashion style. 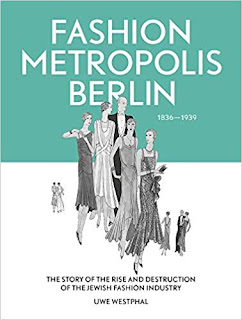 Even after the world economic crisis of the late 1920s, in 1933 Berlin still had 2,700 Jewish top fashion firms with 100,000 employees. Just six years later there were a mere 90 Jewish fashion companies left in existence because, by then, almost all had been either forcibly closed or Aryanized, their properties confiscated and their former owners forced to flee the country.

A: The most difficult part of my research was finding documented evidence of confiscation and theft of Jewish properties and firms. After German reunification in 1990 and open borders with Eastern Europe, things changed. More archives became available for research.

Old tax documents revealed what I had suspected all along - Jewish fashion firms had been “Aryanized” by loyal Nazi businessmen who had taken advantage of, and profited immensely from, the political situation. Result: a Berlin fashion industry without Jews.

Contacting other researchers, I found breathtaking documents revealing what had happened during the years 1941–1945. Nazi officials, together with German fashion designers and industrialists like Hugo Boss, had established large slave labor camps for the production of clothing near concentration camps.

Horrifyingly, I found that the Nazis made use of some 18 such facilities to produce millions of items of clothing for both the general population and the army. Additionally, stolen fabrics from Paris, Vienna, Prague, and Budapest were used to dress the Nazi elite; the clothes themselves made in such camps. The most shocking revelation: German fashion designers supplied drawings for garments they wanted made at what was called Fashion Salon Auschwitz.

Q: The book includes various photos and other documents. How did you find them, and how did you choose the ones to include?

A: I have 150 photographs and documents in the book. These cover a time span ranging from the beginnings of industrialised fashion in 1840 to the end of the Third Reich in 1945. Most of them I received from former Jewish fashion designers and business owners, as well as their descendants, who emigrated to the UK and USA.

Dina Gold, a descendant of the founder of Berlin’s oldest international fur fashion company, H. Wolff, wrote a chapter in the book and supplied me with photos and documents.

A series of 12 photographs of the Berlin clothing manufacturer Leopold Seligmann show, for the first time, images of the company’s personnel, offices, fashions, and workshops. These pictures are unique.

The elegance of “Berlin Chic” is documented in some spectacular original color drawings given to me by the person who drew them. Other photos and documents I found in Yad Vashem, the U.S. Holocaust Memorial Museum, the Wiener Library based in London, archives in Berlin and Poland. Sometimes at second-hand shops in Berlin.

To make a choice was difficult. Ultimately, I picked the most unusual and representative illustrations.

Fashion is essentially visual. In my experience, from speaking at book presentations, younger generations in particular are fascinated by the images that offer conclusive proof of how fashion, after 1933, became an integral part of Holocaust history. This is something almost all historians have overlooked.

Q: Can you say more about the impact World War II had on Berlin's fashion industry, and what is the situation today?

In the 1950s and subsequent two decades, West Berlin experienced an extraordinary revival, once again becoming Germany’s fashion capital. But the exceptional creativity of the 1920s and early 1930s had gone. There were no Jewish fashion designers or company owners left; they had either fled for their lives or been murdered. Those people who, during the Nazi era, had profited from the confiscation of Jewish firms and properties, carried on as if nothing unusual had happened,

Today Berlin’s fashion industry still suffers from a serious deficit of German-born talent. And to its immense shame, it continues to exist largely in a state of total denial about its predecessors’ participation in the destruction of the Jewish fashion industry. I hope my book puts the record straight. 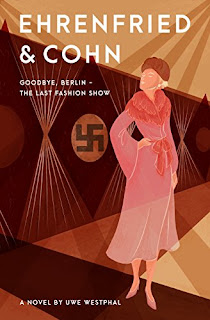 A: Three years ago, I wrote a novel, Ehrenfried & Cohn, about a fictional Berlin fashion firm in 1935 Berlin and what happened to it during the Nazi years. I’m about to start the second volume.

A: People whose parents, grandparents, or friends once worked in the Berlin Jewish fashion industry still contact me from around the world to tell me they have letters, diaries, documents, photos, and even sketches that they want to show me. Occasionally they even have items of pre-war manufactured clothing. I am always thrilled to be approached and I welcome anyone who wants to share with me such material.

I plan on coming to the USA to talk about my book and historical research, so I look forward to meeting some of your readers.

--Interview with Deborah Kalb. Here's a previous Q&A with Uwe Westphal.
Posted by Deborah Kalb at 7:40 AM