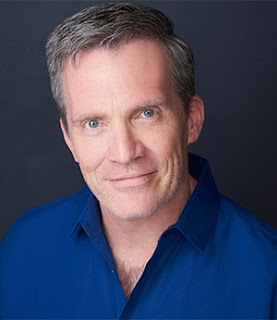 Louis Bayard is the author of the new novel Courting Mr. Lincoln, which focuses on a young Abraham Lincoln; his future wife, Mary Todd; and his friend Joshua Speed. Bayard's other books include Lucky Strikes and Roosevelt's Beast, and his work has appeared in a variety of publications, including The New York Times. He teaches at George Washington University, and he lives in Washington, D.C.

Q: Why did you choose to tell the story in Courting Mr. Lincoln from the alternating perspectives of Mary Todd and Joshua Speed?

A: The story is essentially a love triangle, with Lincoln in the middle, so from the start, I felt I had to give equal weight to the triangle’s two other “legs.” Plus I think the combination of their perspectives – the fact that Mary and Joshua interpret the same events in quite different ways – gives the reader a fuller, more stereoscopic picture of what’s going on. 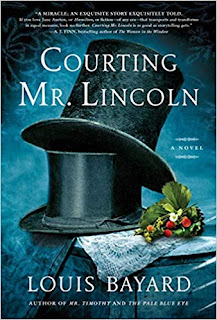 Q: What did you see as the right mixture of fact and fiction as you wrote the novel?

A: I wish I could say I stumbled on an exact formula, but the ratio is case-by-case with each book. I do try to honor the basic historical parameters, but within those bounds, I grant myself liberty to speculate, imagine, reorder – whatever I need to do to tell this particular story. In the book’s climactic moment, for example, Mary takes a river journey that she didn’t take in real life. Just because I needed her to. A: I always envisioned this as a courtship novel in the Jane Austen tradition, so that word “courting” had to be there. And putting Lincoln on the receiving end raises the question of whether he’s courting or being courted, which is a tension that’s very much part of the book.

Q: What type of research did you conduct for the novel, and did you learn anything especially surprising?

A: A lot of primary sources, obviously, including Lincoln’s letters to Speed, as well as a good number of biographies, from William Herndon on. The real revelation for me was the young Mary Todd. I hadn’t expected to find her so attractive and spirited and whip-smart. If anything, I see my book as an act of rehabilitation for her reputation, which has suffered mightily through the years. 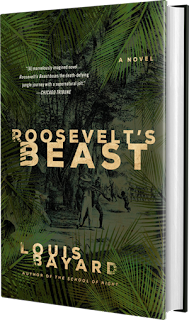 A: Well, a different kind of presidential courtship. In this case, the early-1950s romance of Jack Kennedy and Jackie Bouvier, as seen through the eyes of Jack’s best friend, Lem Billings, a closeted gay man. It’s another triangle, I guess, but not in the way a reader might expect.

A: This is not your grandmother’s Lincoln.

--Interview with Deborah Kalb. Here's a previous Q&A with Louis Bayard.
Posted by Deborah Kalb at 7:36 AM