Andrew Burstein is the author, with Nancy Isenberg, of the new book The Problem of Democracy: The Presidents Adams Confront the Cult of Personality. Their other books include Madison and Jefferson. Burstein is the Charles P. Manship Professor of History at Louisiana State University.

Q: You write, "Who would claim that John and John Quincy Adams speak credibly, meaningfully, to the modern age? We would." Why is that?

A: Both Presidents Adams lived in the public eye, saw more of the world than the vast majority of their political peers, and they expressed ideas about the human condition that one might find prophetic.

They saw in democracy, for example, the likelihood that voting citizens would be seduced by the glare of a campaign, by charismatic campaigners. How to see through empty promises? they asked. How not to elect those who only represent a privileged class?

They recognized the tendency in even quite intelligent people to live vicariously through the so-called great, the rich, the beautiful––the social and political elites in every age. Democracy is fragile. This was their message. 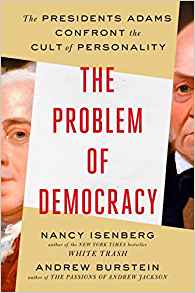 Q: What do you see as some of the most common perceptions and misperceptions about John and John Quincy Adams?

A: Their public image has morphed together: two curmudgeons. Americans want their leaders to be “likeable,” and history has falsely labeled the single-term presidents Adams as enemies of democracy, contrasting them with the larger-than-life men who unseated them––Thomas Jefferson and Andrew Jackson. Jefferson: serene prophet of democracy; Jackson: heroic symbol of the frontier.

The irony is that neither Jefferson nor Jackson better embodied the democratic spirit than the Adamses. Who today can say what Jackson ever did to advance democracy, or what John Q. Adams did to undermine it?

In fact, JQA was the first president to pronounce (in his inaugural address) that the U.S. was a “representative democracy.” He and his father before him addressed issues with clear-headedness and an appreciation of human complexity. They were political theorists as well as political executives.

To write them off as Old World-leaning “monarchists” is close to delusional; yet that’s what a willful misreading of two critical thinkers has led to. We felt we needed to correct the warped perception.

Q: How would you describe the relationship between the two men?

A: The first father-and-son presidents maintained a decades-long correspondence that is beautiful to read. It is warm and witty, and above all, intimate. It contains probing discussions of politics and culture, spiritual questions, history and philosophy. And it has never been collected and published; so we draw on their letters extensively, in addition to their evocative personal diaries. 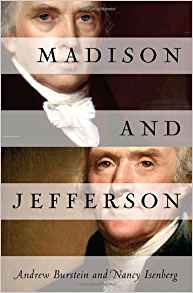 Q: What do you think the two Adamses would make of today's politics and of the Trump administration?

A: As professional historians, we are reluctant to make definitive pronouncements along such lines. But we can comfortably state that the two Adamses would be revolted by the power of money in political campaigns.

Disparaging Jackson for his violent temper, primitive spelling, and failure to read, process, and learn, makes it fairly obvious what the erudite Adamses would make of a modern president who refuses to shed his crude and occasionally violent vocabulary.

A: While pursuing individual writing projects, we’ve combined on some short pieces. We will embark on a new coauthored book––the next “deep dive”––before long. We’re in the process of narrowing down our shared interests to one under-studied topic with historical and present-day resonance alike.

A: The reward we’ve had after spending these last several years with the Adamses is the constant reminder they offer: that questions of cultural identity are never fixed, that it is the duty of historians to probe the past with as few preconceptions as is humanly possible.