Jean Kwok is the author of the new novel Searching for Sylvie Lee. She also has written the novels Girl in Translation and Mambo in Chinatown. She lives in the Netherlands.

Q: You write that your missing brother was the inspiration for your new novel. Can you say more about that, and how you came up with the idea for your character Sylvie?
A: When my dear older brother Kwan didn’t come home to Brooklyn for Thanksgiving, we all knew something was very wrong. I was already living in the Netherlands with my Dutch husband at the time. I remember receiving that phone call from my family and feeling like I was suffocating. I kept trying to take a deep breath but couldn’t seem to get any air.

Kwan was the most brilliant, competent, resourceful person I knew. How could he be missing? He was the person who would know what to do, the one we would all call in an emergency. That feeling of terror, of needing to step up and take charge to try to save someone I loved, was the emotional impetus behind Searching for Sylvie Lee.

From there, of course, golden girl Sylvie was born, as was her younger sister Amy. When dazzling Sylvie flies to the Netherlands for a final visit with her dying grandmother and disappears, it is up to timid Amy to pull herself together and try to find her beloved sister.

Once I created the characters, however, they began to take on their own life and explore their own journeys, which delighted me.

Q: The novel takes place primarily in the Netherlands, where you currently live. How important is setting to you in your writing?

A: In this novel, I realized that the three settings—the Netherlands, New York City, and Venice, Italy—were all practically characters of their own because they each symbolize such different things to each narrator. 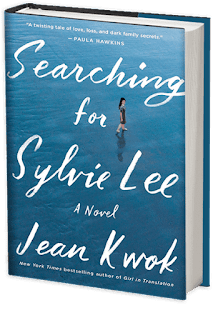 For Sylvie, who was given away to her grandma in the Netherlands as a baby because her parents were too poor to keep her, the Netherlands is home. It’s the place where no one had any expectations of her, where she wasn’t required to become a driven high achiever.

However, when Amy lands in the Netherlands, poor country mouse Amy feels bewildered and terrified by this foreign and ghostly landscape.

And Ma calls the Netherlands “a landscape of tears” where she was forced to leave her baby behind.

So each setting is rich with symbolism and emotion because of how each character feels about it.

Q: The story is told in alternating chapters by Sylvie, her younger sister Amy, and Ma. Did you write the book in the order in which it appears, or did you focus more on one character before turning to the others?

A: I always write my novels from beginning to end but Searching for Sylvie Lee was especially fun and challenging because Sylvie, Amy, and Ma are all thinking in their own mother tongues. 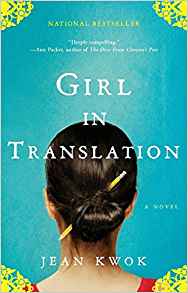 The reader gets to see Ma from Amy’s English-speaking point of view, for example, where Ma can only utter a few sentences in broken English.

However, when Ma’s chapter opens, Ma’s inner dialogue is in her native language of Chinese, and the reader realizes that Ma is so much more intelligent and profound than her own daughter can ever know.

Finally, Sylvie’s narration is in Dutch, allowing the reader to experience the Netherlands like a native speaker through her.

I am fluent in all three of these languages so I needed to mentally shift gears before writing each chapter. I was of course also trying to develop character and theme, propel the story forward, delineate each setting, etc., at the same time. This was pretty challenging.

While I did write the book from beginning to end, I went back and edited each character’s narration separately. For example, I would read only Ma’s chapters and make sure that her voice was clear and consistent throughout.

A: I hope that readers will be entertained by a gripping page-turner but even as they're reading to find out what happened to Sylvie, I also hope that they'll pick up some other ideas along the way, like what it must be like to be Ma, or any other immigrant who doesn't fully speak the dominant language. 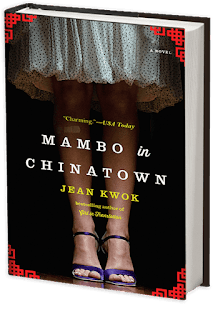 I hope they’ll realize that the person who drives their Lyft, who might only speak broken English, could be a completely different person in their own language.

Q: What are you working on now?
A: I’m very excited about my next novel, which I’m hoping to finish next year. It’s about a young Chinese American undocumented immigrant in New York City who dreams of starting a new life for her little brother and herself, especially after she begins a passionate relationship with her handsome white English teacher.

But when he dies in a suspicious accident involving her, every part of her new life and identity begins to unravel and her true self is revealed.

A: Only that Searching for Sylvie Lee was inspired by the real-life disappearance of my brother but turned into an exploration of the many ways language and culture can divide us, and the impossibility of every knowing someone, especially the ones we love best.

--Interview with Deborah Kalb. Here's a previous Q&A with Jean Kwok.
Posted by Deborah Kalb at 6:36 AM