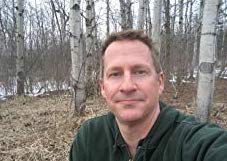 Chris Tebbetts is the author of the new young adult novel Me, Myself, and Him. He is the co-author of James Patterson's Middle School series, and he lives in Vermont.

Q: How did you come up with the idea for Me, Myself, and Him, and for your character Chris?

A: The prologue of this book—where Chris passes out doing whippets behind the ice cream store where he works—is autobiographical. I first wrote about it as a short piece of creative nonfiction but then started to wonder what might happen to a character in the same position.

My first idea was that it would be a traditional novel, following Chris (who I named after myself, to reflect the combination of memoir and fiction I was using), who gets shipped off to live with his famous but difficult father in California for the summer as a result of his drug-fueled accident.

However, as I pecked away at that idea, and wrote… and wrote…and wrote… I just couldn’t seem to get Chris on that plane to California. It was like the story wanted him to stay home in Ohio, and I wasn’t quite sure why.

After some further writing and exploring, that notion eventually led me to writing a dual narrative where we follow Chris through two different outcomes. In one thread of the story, Chris is busted for what happens and goes to live with Dad for the summer; and in the other thread, told in alternating chapters, Chris lies about the incident and then spends his summer trying to manage that lie. 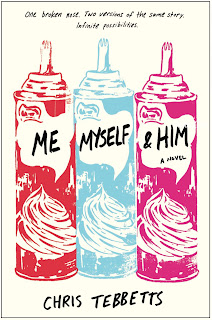 Also, I have to give a nod to the movie Sliding Doors which was the first time I ever saw a story tackle parallel narratives in this way. It’s like taking that most basic building block of storytelling—the “what if?” question—and looking at it in multiple dimensions. For me, that’s absolute brain candy, and I loved writing my own version of it.

Q: As you mentioned, the story is told in two alternate realities, going back and forth between one chapter and another. Did you write the book in the order in which it appears, or did you focus more on one version of Chris's life before turning to the other?

I wrote the whole thing in chronological order and in the alternating chapters as they appear in the finished book. Part of the fun (but also the challenge) was in fitting together all the puzzle pieces in a way that allowed the reader to learn things from one half of the story that inform their understanding of what’s going on in the other half, even if the characters themselves are limited to what they know within the confines of their own, singular reality.

A: I knew exactly how my book would end from very early on, which is to say, I knew what my final scene was going to be but not how I was going to get there. In my experience, that’s not so unusual. It gives you a kind of north star (your idea of the ending) to write toward but still leaves lots of room for new discoveries that you (and your characters) might make along the way.

That’s really one of my favorite things about writing, those moments of spontaneous discovery that happen in the throes of crafting a scene or chapter on the page. Sometimes those lightbulb moments are too few and too far between, but they are also a big part of what I live for, as a writer. That’s when I really feel as though my manuscript is a living, breathing thing, as it should be. And by extension, that alive feeling fills me up, too.

A: Oh man, so many things! But I’ll just focus on one aspect that I haven’t mentioned yet, which is what I would call the book’s incidentally queer protagonist. That is to say, my character Chris is gay but his sexuality isn’t the problem or the driving issue of the novel. In my mind, there’s a subtle but potent message there.

And let me be clear. Stories about LGBTQ people that portray the difficult and sometimes ugly realities about what it means to grow up queer in our society are crucial. Among other things, they can be a lifeline to some countless number of young readers who benefit enormously from learning that they’re not alone in that struggle.

But ideally, I’d like to see at least as many books on the shelves where LGBTQ characters aren’t defined by that historic marginalization. A more well-rounded approach not only benefits young queer readers by showing them a broader range of what’s possible in their lives; it also benefits readers who don’t identify as LGBTQ by showing them a more complete picture of who we are, and of the world around them.

A: I’ve always said I admire the chameleons of the world more than the specialists, and I really like tackling different kinds of projects in different genres. So I’m following up the contemporary YA realism of Me, Myself, and Him with an over-the-top comedic middle grade novel that centers around a completely ridiculous and larger than life premise (in a good way!). Beyond that, I’m too superstitious to say too much about works in progress… but wish me luck!

A: Yes! I’m running a preorder campaign for Me, Myself, and Him, where people can enter to win T-shirts that feature the amazing cover art for this book, as well as one grand prize package that also includes T-shirts, a stack of my favorite LGBTQ titles, a supply of Ben & Jerry’s ice cream, and a Skype visit with me and the winner’s book club, or class, or whatever they’d like.

I’m also donating $1 for every preorder notification I receive to the Pride Center of Vermont, which provides community building and health services to Vermont’s LGBTQ+ community. Details and instructions for this giveaway can be found at my website. Thanks!