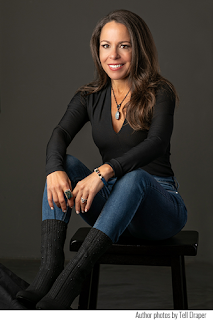 Lisa Barr is the author of the new novel The Unbreakables. She also has written the novel Fugitive Colors. She is the editor and creator of the blog GIRLilla Warfare: A Mom's Guide to Surviving the Suburban Jungle, and she's worked for various publications, including The Jerusalem Post and Moment magazine. She lives in the Chicago area.

Q: How did you come up with the idea of using the Ashley Madison cheating scandal as the opening for your new novel?

A: It was July 2015, and a story broke about Ashley Madison, a web site for married cheaters. Their motto was, “Life is short. Have an affair.” Hackers made good on a threat that if the infidelity site didn’t shut down, they would reveal the estimated 32 million names of its users.

And so there I was with a small group of friends, having dinner, and reading off the list of Ashley Madison cheaters in our community together (not my proudest moment). I was shocked—neighbors, high school friends, acquaintances, etc., were on this exposed list of cheaters from the hacked web site. It was the train wreck that you knew you should just look away, but simply couldn't. The story began to form in my mind …

Q: What was the inspiration for your character Sophie, and why did you decide she would be a sculptor?

A: Sophie is loosely based on someone I know who experienced the ultimate betrayal. Her pain, her emotional breakdown, and her ultimate rise in the end really moved me. I knew I had to write her, expand her, and create a story around her. 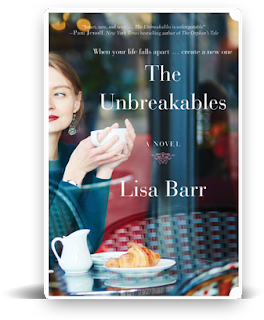 Sophie is all heart and fiercely loyal to those she loves, and one by one, they betray her. She is also afraid of her own creative powers until she decides to set herself free from the past, experiencing both a sensual and artistic awakening. She is a sculptor, which is a metaphor of course, for carving a masterpiece – which happens to be her own life.

Q: How was the novel's title chosen, and what did it signify for you?

A: The Unbreakables relates to the close-knit group of friends-for-life that surround Sophie, until that breaks. The title signifies that even if falls apart, what remains is your spirit. Sophie emerges from the rubble, newer, better, fiercer – and yes, unbreakable.

Q: Much of the novel takes place in France. How important is setting to you in your writing?

A: Setting is like another character in my novel, with a personality of its own. The south of France is captivating in its ethereal loveliness. The air, the sea, the historic medieval structures, the fragrance of lavender, the perfumeries … you can lose yourself there, and conversely, find yourself.

Sophie needed to break away from suburbia. Her first stop was Paris, but ultimately, she rediscovers her true self amid natural beauty. And by the way, doing research in St. Paul de Vence was, ahem, NOT torture. I bathed in it, utilizing all five senses every step of the way. I slowed down from moving in my usual fifth gear to take it all in. Only then, I could gift it to Sophie. 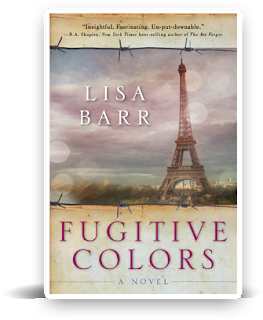 A: I’m working on a novel that is suspenseful. It’s about a young female investigative journalist who uncovers the secret identity of the world’s top terrorist. Is the reporter’s life and those she loves worth exposing the story? This new manuscript taps into my journalist background, which has been fun for me to dig deep and go back there.

As you can see, I’m a bit of genre jumper. My first novel was historical suspense and The Unbreakables is hardcore women’s fiction. I worked as a journalist for 25 years, but if I’m captivated by a story … I’m all IN.

A: I am really big on communication in all aspects of my life. I love hearing from readers and getting their take on my work. That’s why I love the intimacy of book club discussions, and I Skype all over the country. Feel free to connect with me on Instagram: @lisabarr18, twitter: @lisabarr18 or on my Facebook author page. Also check out my book site for more background and book details.

Love hanging here with you and your readers, Deborah Kalb.