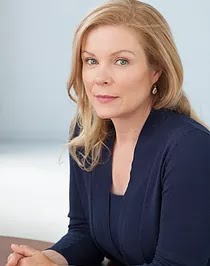 Jennifer Ryan is the author of the new novel The Spies of Shilling Lane, which takes place in World War II-era Britain. She also has written the novel The Chilbury Ladies' Choir. Originally from the UK, she lives in the Washington, D.C., area.

Q: How did you come up with the idea for The Spies of Shilling Lane, and for your character Mrs. Braithwaite?

A: A few years ago, a quiet 99-year-old woman died in a sleepy London suburb. Below the floorboards in a secret attic annex, they found a semi-automatic Sten gun, ammunition, and other espionage paraphernalia. It was headline news: she was an MI5 operative during and following the Second World War.

As a Second World War aficionado, I was always aware of the roles women played in espionage, especially in mainland Europe as part of the Special Operations Executive.

But it wasn't until Eileen Burgoyne's past was dug out that I realized how women were used by MI5, who were dealing with threats within the country, including enemy spies, people of German decent who harbored Nazi sentiment, and fifth columnists who supported the Nazis, planning to take down the country from the inside.

I immediately started to imagine how it would have been, and that is how the idea came to me. It was as if the whole story landed in my head in glorious whole. It is the fastest book I have ever written, as if it was simply all inside me just waiting to be written down.

Mrs. Braithwaite was inspired by my grandmother’s own aunt, who I only knew as a very old, utterly ruthless woman. I was always intrigued by the differences between the generations, how the worldview of this strict harridan was at complete odds with my warm and multi-talented grandmother.

In Britain at the middle of the last century, generational differences couldn’t have been more divergent. The First World War, followed by the modernist era and the downward turn of the British Empire, led to a very different cultural outlook. Gone were the Victorian strictures, and in their place, with the outset of a new war, a new, practical woman was stepping up to join the fight. 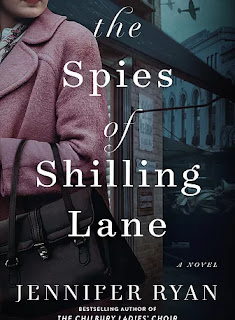 Q: In our previous interview, you said, "I love to see how much [women] evolved through the war, being given new freedoms and interesting jobs, having more control over their lives, and of course facing the horrific realities of war." How would you compare the women in this novel and in The Chilbury Ladies' Choir?

A: In The Spies of Shilling Lane I wanted to focus on the change in jobs and roles of women during the war. It was an immensely special time for women, and especially those who were able to work in espionage. Prior to the war, women’s jobs were limited to domestic servants, shop assistants, nurses, and teachers, most of whom were expected to give up work if they got married.

With all the men away, women were encouraged to step into their shoes. Secretarial and administrative work became more of a women’s terrain, and a lucky few passed from there into heftier roles. Many of the women spies entered as translators and then quietly sidestepped into an espionage role. As the war progressed, the war machine grew, and as the women demonstrated their abilities, greater numbers were employed into this male-dominated world.

I also wanted to focus on the difference in generational thinking about the role of women. Betty is a young, intelligent woman who is grasping everything the war has to offer. Access to new jobs with better pay and needing more skill and responsibility meant that women like Betty could break into exciting roles that would not have been available to women before the war.

Mrs. Braithwaite’s notions that women are judged by who they marry and how successful they are in having and rearing children is the worldview of before the war. Mrs. Braithwaite believes that Betty’s departure for war work in London is misguided: she should stay at home and focus her energies on finding a respectable husband.

Her worldview considers that a woman’s place is not to be learned or clever. Success is all about class, and a woman’s class is defined by who she marries and the appearance she presents to the world around her.

So whereas The Chilbury Ladies’ Choir looks at women standing together and finding their voices, The Spies of Shilling Lane is about that shift in mindset: a woman can be clever and educated, can have a career, and can be an effective participant in a war—and this does not preclude her from getting married and having children. 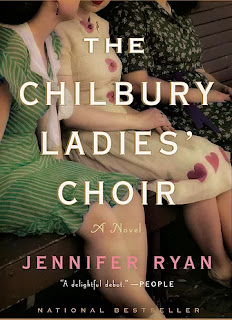 Q: You're writing about the same time period--did you need to do much additional research to write The Spies of Shilling Lane?

A: I love research, and what better topic than spies in the Second World War. There are plenty of books about MI5 during the war, although because much of their work was incredibly secret, it was often difficult to get details, especially those about women working within the organization.

Therefore, it was extremely fortunate that a number of classified files were released a few years ago. Many a trip to the British National Archives followed, where I would spend days pouring over original documents, including notes passed between spies and mission details for supervisors.

In some files I found hastily-typed filing slips with details about each member of an underground fascist group, whether the operative felt they could cause trouble or could be “turned double” to work for the British.

Q: What are some of your favorite novels about the World War II period?

A: The Alice Network by Kate Quinn is a real journey of a book. The way Kate tackles the dual time span is brilliant, and her characters are just so well drawn and fascinating, as always. From the first page, I just wanted more.

Lilac Girls by Martha Hall Kelly tells an incredible story with such beauty and spirit. Moments still live with me, and I find myself replaying scenes in my mind. Wonderful!

Life After Life by Kate Atkinson has to be one of my favorite books. I love the way she plays with the passage of time, and of course her skill at describing the Blitz, the chance factor in getting hit by a bomb, is impeccable.

No list would be complete without The Nightingale by Kristin Hannah. What a massive, whole hearted, tragic, and inspiring book that is! Kristin’s ability to set scenes and capture a character is utterly superb.

A: I’m writing another novel, also set in England in the Second World War. I don’t want to say too much about it as I’m right at the beginning of it, but in many ways it is more reminiscent of The Chilbury Ladies’ Choir than The Spies of Shilling Lane as it is once again set in a fascinating little English village. It is requiring a lot of new research—I am enthralled!—and I can’t wait for it to be ready to share.

My poor grandmother was deeply in love with her cheating husband—he was a charming and very handsome man—and so she ended up heartbroken, alone, and then kicked out of her social group, which should have been supporting her.

I always felt that the unnecessary injustice and hurt caused by the local women was incredibly harsh and totally avoidable. It poses a question at the heart of The Spies of Shilling Lane: women should be supporting each other, not alienating those who have already been kicked down.

--Interview with Deborah Kalb. Here's a previous Q&A with Jennifer Ryan.
Posted by Deborah Kalb at 7:15 AM