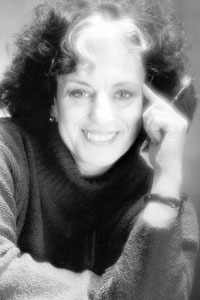 Ilene Cooper is the author of Eleanor Roosevelt: Fighter for Justice, a new biography for kids. Her many other books include A Woman in the House (and Senate) and The Golden Rule. She is the children's book editor for Booklist, and she lives in the Chicago area.

Q: Why did you decide to write this biography of Eleanor Roosevelt for young readers?

A: I was visiting the Roosevelt Museum in Hyde Park, and I saw a little write up about ER's visit to the Highlander Folk School. I thought the story would make a good nonfiction picture book. It captured both the essence of Mrs. Roosevelt's commitment and was a window into the state of social justice programs at the time.

But, as often happens when I try to write something short, I find I need to include more context. So the book evolved--into a full-length biography. As it turned out, this allowed me more space to write about one of the most fascinating women of this--or any other--time. 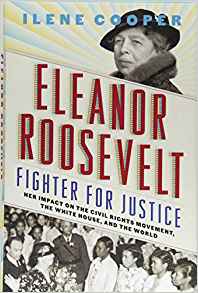 Q: In the book, you describe Roosevelt's views on race relations and how they changed during her life. How would you characterize those views, during her younger days and as First Lady?

A: In her early life, Mrs. Roosevelt was really just a product of her class. There were innate prejudices against Jews and African Americans (among others!) and as a young woman (as is shown in some of her letters), she was with that program.

Also true is that as a young woman she did much social work, especially on the Lower East Side of New York, but as I mention in the book, she did it from a position of superiority. Still, ER evolved. Her biographers almost universally believe that the catalyst to change was when she got to know people from marginalized groups as individuals. Her experience at Arthurdale [a New Deal project in West Virginia] was also a big eye-opener. 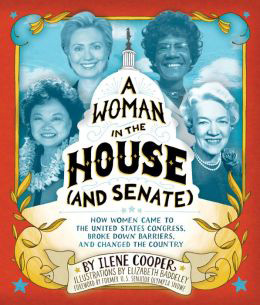 Q: You begin the book by describing a visit she took to Tennessee in 1958. Why did you start there?

A: I like to open books with a dramatic incident to catch readers' attention. Since this was the story that attracted me and had so many interesting aspects (including ER packing a gun). I decided to begin with that.

A: I read many books about ER, including her somewhat sanitized autobiography, watched documentaries, and did research at the Library. I also did photo research there, a part of the process that I almost enjoy the most. 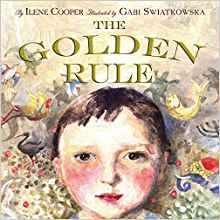 I have to say I thought I knew a lot about ER before I started, but I was unaware how late in life she came to championing the cause of African Americans, and how deeply she became involved in that cause once she took it up. It became clear to me as I did the research, I wanted to focus on this aspect of her life, which had not really been explored in youth biographies.

A: Right now I'm working on a book called This Boy, about the young John Lennon and Paul McCartney, similar to the book I did about John Kennedy's early years. I find it fascinating to get into depth about a subject’s youth, and the influences that made him or her the person they became. I'm also looking forward this fall to a deluxe edition of my book The Golden Rule coming out around holiday time.

A: I would add about ER that it was inspiring to write about someone who was so dedicated to making the world a better place and was able to take her personal pain and transform it into a force for good. That said, and though I didn’t concentrate on it in the book, ER's personal life was complicated at best, and I'm not sure that some of energy she put into her public life wasn't to deflect from having to deal with her personal life.