Catherine Chung is the author of the new novel The Tenth Muse. She also has written the novel Forgotten Country, and her work has appeared in The New York Times, The Rumpus, and Granta. She lives in New York City.

Q: Why did you choose to focus on a mathematician in your new novel, and how did you come up with your character Katherine?

A: I love mathematics, and at its highest levels I feel like it's closer to poetry than anything else, or maybe music or even mysticism in the way it makes me feel. I love that it can contain statements that are incredibly profound and clear and far-reaching in their implications, but also mind-bogglingly complex.

So I wanted to write about someone who does math at that level, and I wanted also to write about a woman who's incredibly talented and brilliant in a field that has always been incredibly lacking in women. The few women who did rise to the top and accomplish great things have amazing life stories of commitment and dedication and passion and grit. 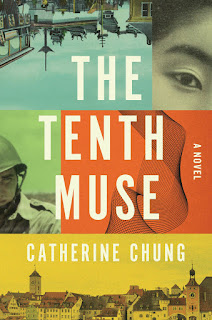 Q: What do you think Katherine's story says about the challenges faced by women mathematicians over the past half-century or more?

A: I think the stories of women in mathematics are really emblematic of the challenges women have faced in nearly every field, and their successes are such a triumph in spirit and intellect and tenacity--but at the same time, illustrate how important the societal aspect is in opening doors and keeping them open.

The individual drive has to be there, but Katherine goes to graduate school in the 1960s which was a time when the sciences were seeing an unprecedented surge in government funding across the board and maybe because of this abundance, did open up to women and other minorities more than they had in the past. And then Title IX was passed, which meant suddenly that universities could not discriminate on the basis of sex. 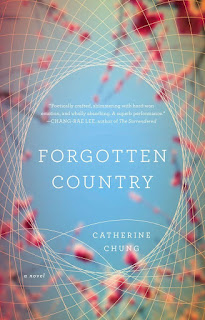 A: Like any writer or artist, I'd love to have a source of divine inspiration--I've always found invocations of the muses absolutely thrilling, but at the same time have always been incredibly resistant to the gesture, I think because it's so gendered, and echoes the expectations we have of female sacrifice for male genius in a way I just can't get on board with.

I do think girls are still encouraged to aspire to being "the muse" or the inspiration for someone else, and while I don't think the two are mutually exclusive, actually--you can both inspire and be inspired to create--in this book I wanted to write about a "muse" who rejects the duty to inspire others, and chooses to create what she wants herself.

A: I read lots of biographies of mathematicians and books on women in higher education, and I traveled to Germany and visited universities and archives, and I spent a semester at the Institute for Advanced Study in Princeton, researching arguably the most influential woman mathematician in history, Emmy Noether.

I was really shocked to discover that so many elite universities like Princeton and Yale didn't accept women until 1969 and that they were early for the Ivies!

A: Oh, what I'm working on now is too new and tender yet to discuss in public! But hopefully it will take root and grow!

--Interview with Deborah Kalb. Here's a previous Q&A with Catherine Chung.
Posted by Deborah Kalb at 7:19 AM