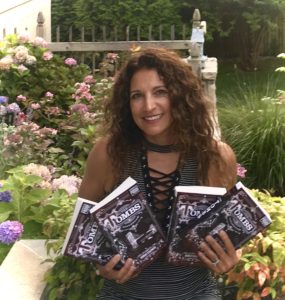 Deborah Schaumberg is the author of the young adult novel The Tombs. She lives in Maryland.

Q: How did you come up with the idea for The Tombs, and for your character Avery?

A: The idea for Avery came to me first. I was trekking in Nepal, reading a book about the energy surrounding living things, when I imagined how cool it would be to actually see this life force. Before I knew it, I created a girl, who not only had this magical ability, but could also affect another person’s energy. Then, I tried to imagine what terrible things would happen to a girl like that, and pretty soon the plot began to emerge.

A: I have to say, I do love research! Sometimes if I get stuck I go back to researching, and I have found some pretty weird things. I learned everything I could about the 1800s, the industrial revolution, and old New York - clothing, food, politics, speech. I learned how to throw a knife and how a dirigible flies. I researched falconing (in person with a real falconer), and the effects of scopolamine on the body.

The most surprising fact was that the real Tombs prison was built over a pond used by tanneries and slaughterhouses to dump blood and guts! It started to sink into the mire the moment it was completed. What creepier place to set a story? 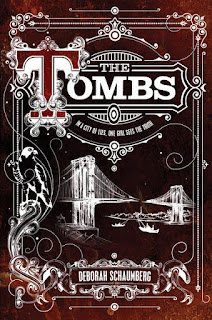 Q: What did you see as the right blend between the historical New York in 1882 and the fictional world you created?

A: I included as many real places and events as possible to lend authenticity to the story. Some of the strangest aspects of the novel are true! I added an author note at the end to point some of them out.

Combining the history with a little magic and a dash of steampunk gave me the right blend of history and fantasy. Early drafts also incorporated automatons (human-like machines), but my editor thought that was too much so I agreed to take them out.

A: I did have a rough idea of the ending but I did not do a detailed outline. I let the story unfold as I went along. Which, by the way, might be why it took me three years to write!

When I went through final edits with my editor at HarperTeen, she felt I had ended it too early. She asked me to close some of the open-ended plot points. So what I had originally thought was the ending actually wasn’t! I added two more chapters and loved the new ending even more.

A: One day I will write the sequel to The Tombs, but right now I am working on a story set during World War II. It’s about a girl longing for a sense of home in a world turned upside down.

A: I went to architecture school and practiced for many years. I had no idea I would change careers but I love writing so much I will never go back. The great part is my architecture background helps me tremendously with my world-building!