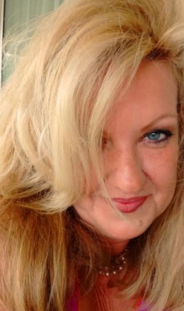 Maggie San Miguel is the author of the new memoir Dressing a Tiger, which focuses on her experiences growing up around mobsters. She was born in Dallas and grew up in Greenwich, Connecticut, and is certified as a past life regression therapist.

Q: You write, "This is a portrayal of the softer side of the mob." Why did you decide to write this book, and what do you see as the mob's "softer" side?

A: I wrote this book because, for years, the story was keeping me up at night, wanting to be written. Its characters following me around saying, “Remember us? Look how interesting we are! How can you not write our story?” So I suppose I had no choice but to write it.

I always saw the softer side in those men. Basically, I grew up with them and for many years I knew nothing of their darker side. I merely saw them as friends, protectors and very animated guys that, to me, were just “the guys.”

I watched them cook with passion; tease each other with really sweet adoration; laugh until they were crying; protect their families and they would worry about me when I was upset.

I think the thing that struck me the most was how certain music would make them weepy. They were as childlike and sentimental as they were ruthless, which made them all the more intriguing (and disillusioning and complicated) to me as an adult.

Q: You write in the book about your father's possible involvement in JFK's assassination. What evidence do you have for his involvement, and what kind of research did you do to write the book? 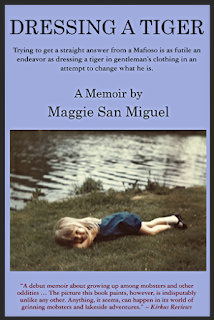 A: A funny thing, evidence: my father once told me that if you’re smart, the only evidence left behind should be evidence you want discovered (to steer people off track, I assume).

I think if I had strong evidence, I probably wouldn’t go public with it because that is what lands you in the trunk of a person’s car at the end of the day.

I was my father’s unwitting confidant and his friends were my companions for my most impressionable years, and I paid attention (and eavesdropped).

My sister and I compared notes and my father admitted to me some personal accounts of what happened that day in Dallas – he said “hundreds of men” knew about it beforehand and this made my ears perk up more than anything.

My uncle serving as a Secret Service Agent and my father’s friendship with John Connally added to the puzzle naturally…so, from all of these things, the JFK chapters were born.

The book isn’t really about a collection of evidence, but about attempting to fit the puzzle pieces together with what little knowledge we’re given – especially in families such as mine.

I had to do a bit of research on Al Capone because I knew nothing about him except what Dad told me about his brief childhood experience with him. Other than that, very little research had to be done. It was my memory I had to rely on. I lucked out on that part – I simply loathe research.

A: It was one of those weird moments writers have – when suddenly an entire paragraph slaps you across the face as you’re sitting on your front porch, minding your own business:

“Trying to get a straight answer from a Mafioso is as futile an endeavor as dressing a tiger in a bowler hat and spats in an attempt to change what he is. You can prod and coax, come at him from various angles, but in the end, despite all your tactical efforts, the mobster's words have not become reliable truths any more than the tiger has become a gentleman.”

So I plucked it from there.

It signifies my relationship with my father, basically. I was always trying to pry the entire truth from him while also doing a lot of emotional excavation to find the softer, more human side of him. Always trying to squeeze that tiger into some pants.

Q: The book jumps back and forth over the decades. Did you plan its structure before you started writing, or did you make changes along the way?

A: I wanted my story and my parents’ stories to ride alongside each other and converge at the end. I changed it to a chronological order at one point, but it lost something so I reverted back to its present structure. I struggled with it, wanting it to be much more graceful than it turned out to be.

A: It’s a historical novel about a Hopi girl born with Siddhi (or pure) consciousness and how she influences the musicians heading to play Woodstock in 1969. It involves a bunch of peace & love…and tragically, a LOAD of research.

A: Just that I appreciate this interview very much. Thank you for this. It’s been fun!