Catherine Banner is the author of the new novel The House at the Edge of Night. She also has written a trilogy of young adult novels. Born in Cambridge, England, she now lives in Turin, Italy.

Q: How did you come up with the idea for your new novel, and for the island of Castellamare?

A: It was actually very unexpected, and it started with the 2008 financial crisis. I was 18 at the time, so in the years that followed that historical event made a big impression on me, but I didn’t see any European writers yet telling stories about it, particularly about being young and coming from a small town in its aftermath.

I wanted to read those stories, and so the idea for The House at the Edge of Night began to emerge out of that wish.

At first, the island was supposed to be mythic: a small, enclosed community which would feel real but also encompass the qualities of many places I knew – the small town in the north of England where I lived, and the small towns in Italy where I spent a lot of time, in a pure way because of its geographic isolation.

But as I researched the history of Mediterranean islands, I discovered that it was full of incredible untold stories, and so these became part of the fabric of the book and Castellamare grew more and more real as a place.

One of the most interesting things for me as a writer is when readers tell me they finished the book and went straight to Google Maps to find out where the island was situated. That’s exactly what I wanted them to feel – that the island wasn’t quite real, but could have been. 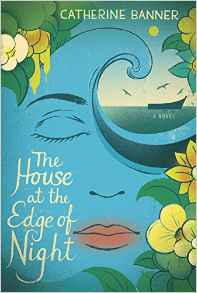 Q: The novel takes place over a century in the lives of the Esposito family and their neighbors. Why did you decide on a long time frame for the book, and did you plan out the characters’ lives before you began, or make changes along the way?

A: The book got longer and longer as I researched. Initially I thought it would be a modern story about the 2008 financial crisis, as seen through one family and their home and business. But I soon began to realise that it didn’t make much sense to try to tell that story without also mapping the road that led us here.

Then, when I began to research the past, what I discovered was that there were many more moments when an island like Castellamare would have been rocked by the shockwaves of bigger history, and that perhaps this long sweep of time was the more interesting story: two world wars, the arrival of waves of tourists in the ‘70s and ‘80s, other periods of boom or bust, all the way up to the present day.

So by that time I knew that the novel, broadly, would move between four different moments of historic change, all moments when generations of young people had to make tough decisions about their lives.

But as for those individual generations, I developed the characters by putting them into the crucible of that history and carefully working out how they would rise to the occasion, or not, as the case might be.

One thing that surprised me was how the story became one about several generations of strong women. The book, at least in the way I chose to narrate it, is not about recorded history, with its battles, empires and great conquests. 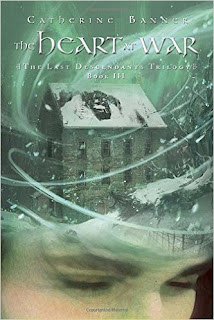 Instead, it’s about the stories – often subversive – that we tell about ourselves in order to make sense of that history. The people who are in charge of such stories in small communities are often women, so it felt appropriate.

Q: Storytelling, and the collecting of stories, is a big part of the book. How do you see the relationship between your novel and Italian and Sicilian folk tales?

A: The folk tales were one of the earliest inspirations for the book. The character of Amedeo is based on a real-life collector of stories called Giuseppe Pitrè, who is as important as the Brothers Grimm in Italian culture. He was a late 19th-century doctor who used to write down all the stories his patients told him; he had a desk specially built in his carriage for the purpose, so that he could transcribe the stories while riding about the island’s uneven roads.

The idea of why we tell stories, and why we preserve them, fascinates me. So the style of the book moves between a more fable-like, mythical mood and the realist detail of the characters’ lives, trying to mirror the way that the stories we tell about ourselves transform our sense of the past and history even as we are living or recalling it.

I really couldn’t have written The House at the Edge of Night without access to those stories. To write about a small place like Castellamare in a way that is empirical and rational, belonging to big cities, doesn’t make sense to me. As the narrator, I have to believe the stories too, so discovering the strong tradition of folktales here gave me a way into understanding that.

Q: The House at the Edge of Night is the title of the book and also the name of the cafe the Esposito family runs. How did you decide on that title, and what does it signify for you? 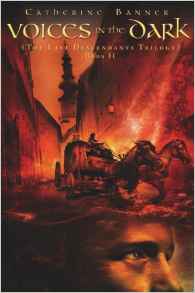 A: There’s a moment in the novel when Amedeo and the schoolteacher, Pina Vella, discuss the history of the old house, and how it got its name, and Pina says that it may have originally been called “Casa di Alberto Dellanotte” – House of Alberto Dellanote – and gradually been corrupted over the years.

This idea disappoints Amedeo. To him, the name has a whole other significance: the house is “at the edge of night” in a literal sense, in that the island faces the lights of Sicily in one direction and the dark of the ocean in the other, but also in the sense of being at the edge of a great continent, between inhabited land and empty ocean, suspended between the clear light of recorded history and something more mythical and darker.

And finally, to me as the writer, the name of the house partly also represents those odd things in small communities – legends, place names, landmarks – which no longer make sense, but which everybody accepts.

Sometimes the odd name comes first, and the story after, and I love the way we as human beings are pattern-making animals and will take any excuse to tell a story about how something came to be.

A: I’m working on another book, this time set in the region of Italy where I live, Piemonte. It’s another place, like the Mediterranean, at the crossroads between cultures and histories: in the last century it has experienced war, waves of immigration, the rise of industry and the start of its decline, and the gradual beginnings of tourism and enterprise. It’s not a part of Europe which is written about very much in English. 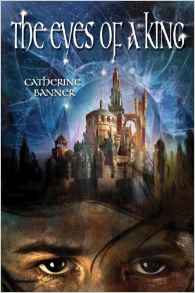 But during the Second World War, Piemonte suffered a very dark 20 months of occupation – the people living through that time saw bombing, mass displacement, and many atrocities, but also the partisan movement, similar to the French resistance, which became an extraordinary uprising, driven mostly by young people and inhabitants of the small towns beyond the city, whose story, I don’t think, has been written about enough yet.

The novel is about a small industrial town, and what happens in the years leading up to, during, and after that 20 months, during which a strange miracle occurs which nobody can explain. And, once again, it follows several generations.

A: Only that The House at the Edge of Night isn’t a thriller! Just in case anyone was wondering. I’ve had a few messages from readers who picked it up thinking it was a mystery book because of the title. Luckily they seemed to like it anyway.