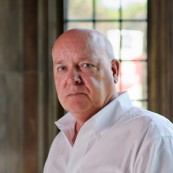 Ian Hamilton is the author of the new novel The King of Shanghai: The Triad Years, the latest in the Ava Lee series, which also includes The Disciple of Las Vegas and The Water Rat of Wanchai. He has worked as a journalist for a variety of publications, including Maclean's and Boston Magazine. He also has been a businessman and a government executive, and he lives in Burlington, Ontario, Canada.

Q: How did you come up with the idea for your character Ava Lee, and do you think she’s changed a lot over the course of the series?

A: Ava came to me spontaneously. There was no list of names, and no boxes that I ticked. She was just there fully-formed in my head. I was only a few days out of hospital after a major surgery, and still on heavy medication, when I started to write without any outline, and only the vaguest notion of a plot.

But I was channeling her like mad, marrying the idea of a Chinese-Canadian debt-collector to the knowledge and experience I'd accumulated doing business in Asia over a 20-year span. 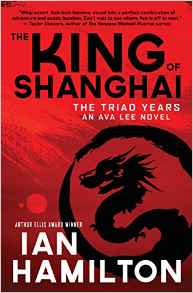 She was 35 and partnered with an 80-year old Hong Konger named Uncle in the first book. Over the course of the series, her life changes substantially.

She starts a new profession. Major characters die; new ones emerge. People who were enemies become friends. There are five or six major supporting characters in the books, and as many as 15 minor but recurring characters.

As the series progressed, I was determined not to simply write the same book over and over again. I wanted to keep it fresh and changing, and perhaps even more importantly, I wanted to her life to grow and expand.

Q: So you didn't plan initially to write a series? 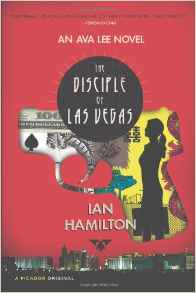 A: When I sat down to write it was with the intention of proving to myself that I could write one book. That was my sole objective. I had no thought of a series. I didn't even consider the possibility that I could be published. Everything that's happened since is almost unbelievable.

Q: What sort of research did you need to do for The King of Shanghai?

A: I didn't do that much research. I knew Hong Kong and Shanghai very well. I had some basic knowledge of Triad history and structure, and what I didn't know or couldn't locate, I fictionalized.

I did have to go back to make sure the hotels and restaurants and other real locations I mentioned were still there and functioning.

Q: Who are some of your own favorite crime fiction authors?

A: My list of favorite authors is almost too long to list, but would certainly include Richard Stark, James Lee Burke, Michael Dibdin, John LeCarre, and Patricia Highsmith. 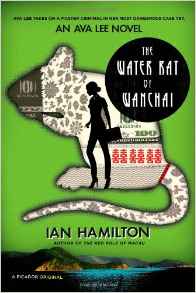 A: I've just finished editing the next Ava Lee novel, The Couturier of Milan, and I'm now rewriting the one that will follow it, The Imam of Tawi Tawi. I've also just signed a contract for three additional Ava Lee novels.

A: Yes, I've been told many times that the Ava Lee novels are addictive. So although I think it would be terrific for everyone to read The King of Shanghai, I think it's only fair to pass along that caution.