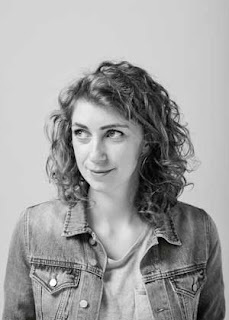 Anna Snoekstra is the author of the new suspense thriller Only Daughter. She has worked as a screenwriter, music video director, and film reviewer, and she lives in Melbourne, Australia.

Q: How did you come up with the idea for Only Daughter?

A: After seeing the Ingrid Bergman film Anastasia, I was fascinated with the idea of imposters. The impersonation of missing persons has happened countless times throughout history. Martin Guerre in 16th century France; Anastasia Nikolaevna in Russia and Walter Collins in Seattle, both in the 1920s.

I was really interested to see how this scenario would play out in a seemingly perfect suburban world. I was curious to play with ideas of women performing certain roles: Wife, mother, daughter.

In Only Daughter I took this performance to its most extreme with a woman impersonating the decade-long missing Rebecca Winter. She impersonates someone that meant so many different things to the different people in her life and has to navigate the dualities of that performance.

Of course, there is one person who knows she is an imposter, and that is the person responsible for Rebecca’s disappearance. 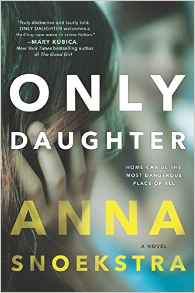 Q: Did you plot out the entire book before you started writing, or did you make changes along the way?

A: I like to know where my plot is going before I start out, but I also try and embrace surprises along the way. A big part of writing is trusting your judgment and embracing your subconscious choices.

For me it helps to get into the character’s head if I know the events that are going to be thrown their way but not necessarily how they will react to them. It makes me feel like I’m living the story along with them.

Q: Why did you decide to write the sections set in 2014 in first person and the 2003 sections in third person?

A: Good question! It was something I thought about for a long time. It was really important for me that the voices were very different, so that the reader got a strong sense of the unique characters and perspectives from the tone straight away.

Unreliable narrators are something I really enjoy in fiction. My first-person narrator in 2014, the imposter, lies to everyone she meets, but she is honest with the reader.

My third-person narrator, Rebecca Winter in 2003, seems honest and straightforward, but isn’t. Using third person allowed me to take a step back from Rebecca. We see all the things she does, but not necessarily why she does them.

Q: You also are a screenwriter. How do the two types of writing coexist for you?

A: Each makes me love the other more. When I am in the middle of a script I crave the freedom of prose. When I’m writing a novel and I have a hundred loose ends and am lost in all the detail, I crave the simplicity and structure of screenwriting.

They are very different ways of writing, but I think each makes me better at the other.

A: I’m working on my second novel! It’s called Dolls and I couldn’t be more excited about it! It’s about a would-be journalist who gets in way over her head while trying to uncover a mystery in her small town.

A: Just how pleased I am to be included on your blog! Thank you.