Jim Murphy is the author of more than 30 books for children, including Breakthrough!, The Crossing, and Invincible Microbe. He has worked as an editor in the publishing industry, and he lives in Maplewood, New Jersey.

Q: You were an editor before turning to writing children's books. Why did you switch from one to the other, and how does your editing background affect your writing?

A: I became an editor in large part because I didn't feel I was smart enough to write books. My seven years as an editor were a great learning experience. I saw how manuscripts arrived and had to be gently shaped by an editor (Jim Giblin was my boss way back in 1970).

I found the process really exciting because it suggested that even best selling writers didn't always present perfect manuscripts and, in a way, gave me a certain level of confidence.

I also helped rewrite manuscripts (both at Clarion and as a freelance editor after I left Clarion in 1977). This helped me sharpen my idea of what a book should focus on and how to tell the story.

Finally, I was always asking writers to put in more firsthand quotes and was surprised when most didn't bother. I decided that I'd write books that let real historical figures do a great deal of talking for themselves. 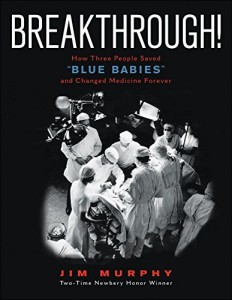 Q: Your recent book Breakthrough! focuses on the three people who figured out how to repair a congenital heart defect called "blue baby syndrome." How did you come up with the idea for this book, and how did you research it?

A: I knew about Vivien Thomas from past research into medical issues.  My editor at Clarion, Dinah Stevenson, asked if I knew anything about him and I said he had a great story (which she encouraged me to tell).

As I dug deeper into research I decided that this was an interesting example of how teamwork can produce what seems like a miraculous result. Both Alfred Blalock and Helen Taussig have amazing stories as well.

Research included lots and lots of reading of medical texts and research papers by Blalock and others, talks with doctors and surgeons (I wanted to know what it was really like to cut into someone's chest and operate in the chest cavity), plus discussions with some surgeons who worked with all three main characters.

I love doing research, by the way. Writing is painful; research is eternal fun. 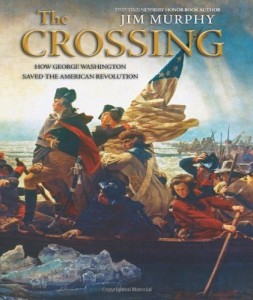 Q: You've covered various historical periods in your work--do you have a favorite?

A: I enjoy thinking about and researching what it must have been like to live 100, 200, 300, etc. years ago. I always come away thinking it must have smelled really bad, but that I still might feel more at home "way back then" then in the here and now.

Q: As someone who's written many books for kids, do you write one at a time, or are you usually working on multiple projects?

A: I work on a number of books always -- some are in the thinking stage, where I spend a lot of time trying to decide if there's really enough in the subject to make me spend four or five years living with it; some are in active research (where I ask the same question: do  I really want to do this as a book?); some are in the opening stages of writing or a text in revision.

I often just write a book text without a contract, so this is all a dangerous balancing act.

A: Alison Blank (my wife) and I have just finished a nonfiction book on leprosy. Yes, leprosy! 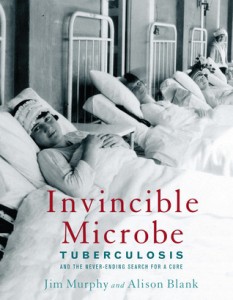 It's more about what happened to people with this disease, how they were banished from society, often illegally, and how they built new and productive lives for themselves.

We focused on one boy who was sent off to Kaluapapa when he was 16 and stayed there for over 60 years, and still managed to get married and have a good (he said this) life.

I'm also working on a novel about a girl in the Civil War (I do fiction from time to time).

A: Speaking of fiction, I will have a novel published in January called The Revenge of the Green Banana. It's about this kid named Jimmy Murphy who was the worst student in St. Stephen's School and hated by the seven-feet-tall Sisters of Charity.

Yes, it's about my experience in sixth grade and how I and a group of other outcasts try to even the score and end up learning an even more important lesson in the long run.

It's been reviewed on the Goodreads website, according to Alison, and the Junior Literary Guild just picked it up.

It's (hopefully) very funny but says some serious things about child abuse (by nuns, though most is psychological in this book -- though I really was stabbed with a ballpoint pen by Sister Anita!), bullying by other students, peer pressure, self-confidence or the lack of it, and first love. Wish me luck.