Thomas Harding is the author of The House by the Lake: One House, Five Families, and a Hundred Years of German History. He also has written the book Hanns and Rudolf: The True Story of the German Jew Who Tracked Down and Caught the Kommandant of Auschwitz, and his work has appeared in a variety of publications, including the Financial Times and The Sunday Times. He is based in England.

Q: How did you come up with the idea for The House by the Lake, and how did you research it?

A: It started in 1993 when my grandma took me to the house, just after the Berlin Wall came down. She took us to the apartment she grew up in, and to the summerhouse. There were tenants living there. She called it her soul place.

I went back 20 years later when I was researching Hanns and Rudolf, and was shocked to see how bad the house was. It was falling apart. I felt really distressed.

I went to the local government and they said they planned to knock the house down. I was really emotional [and asked] what can we do to stop this? They said if you can show something significant [about it, which led to the book].

Q: So how long did it take to do the research?

Q: How did you research the different people who lived in the house? 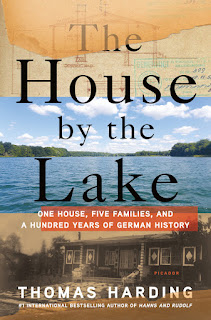 A: The first family was my family, and that was quite easy. But there were surprises. I asked my dad for a copy of the family tree, and there were five relatives with no dates of death. I asked why, and he said he didn’t know.

Quickly I discovered that the five people were murdered in the Holocaust. These were uncles and aunts of my grandfather. It was quite a shock to my family. The story was that we were survivors.

I was trying to find the Wollanks—they were hard to find. I hired a German researcher, and two days later he found them. He said he found them on Facebook—there was a picture of the great-grandson standing next to a woman with pink hair—it was Lady Gaga! He told me their story…

The Meisels—he was quite cagey at first. I said, I’m just trying to get the story, and he relaxed. He got a colleague to go to the archives, and the pictures were just like those from my family—people having a relaxed time at the house by the lake. I found it quite revealing, and it became the story of the other families as well.

The other people lived in the village—one lived 200 yards from the house and hadn’t been back in 40 years. They were so upset when I took them back. It was interesting to see their reactions.

Q: Your book Hanns and Rudolf also dealt in part with your family history. How do you balance your roles as writer and family member when writing these books?

A: To me it’s the story that is the most interesting part. My part is a separate narrative. When I wrote Hanns and Rudolf, I wrote my part as a parallel line, the quest. What I found was, it was really hard to get the story…I found my story trivial compared to my uncle and the commandant [of Auschwitz], so I took it out. 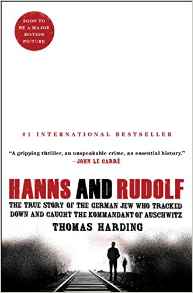 In The House by the Lake, my family’s story seemed more important. How does a family build its own history and reconcile with the country it left?

In the next book, I put my own story in…I’m really keeping the tracks separate. It’s important that people can make their own decisions [about the material in the book]. It’s more powerful…

Q: What do you think the house’s history says about German history over the past century?

A: It’s extraordinary how much the house captures, not just the First World War and the Nazi period, the airlift in Berlin, it also shows how much of history can be centered on this one point…

A house is a building, but a home is a place where memories are formed. This was a home to so many people, but there’s continuity. It talks to the human condition.

For some it was a refuge, and others left as refugees. A home can become a stage, but also it’s a blank canvas. It plays both functions. It influences the characters, and they influence it…

Q: What is happening with the house now?

A: I’m just back from the house; I spent two weeks there. We saved the house. Now the question is what we do in future. It’s received monument status…Once the house is restored, we will use it as a place of education and reconciliation, working with local organizations to do dialogues and training seminars.

Q: You mentioned your next book—can you say anything more about it?

A: It’s about a murder that took place in London in 2006. I’m using individual stories to talk about a wider history.

Q: And you said this also has a connection to your family?

A: The guy who was murdered lived four doors up the road from us. I knew him.