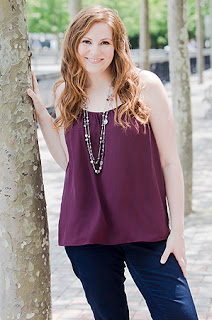 Elizabeth Eulberg is the author of the new kids' middle-grade novel The Great Shelby Holmes. Her other books include the young adult novels We Can Work It Out and Better Off Friends. She lives in the New York City area.

Q: How did you come up with the idea for Shelby Holmes and John Watson?

A: After having so many people tell me to watch the BBC's Sherlock series, I finally gave in. Within the first 10 minutes, I was struck with how Benedict Cumberbatch played Sherlock--to me, it was as if he had the social skills of a young child. Then I had that "A-HA!" moment of making Sherlock Holmes a young girl.

Then I did a lot of research on the characters to develop my own Holmes and Watson--I wanted them modern, but also very different from each other in almost every way even down to the fact that Shelby is addicted to sugar while Watson is diabetic. 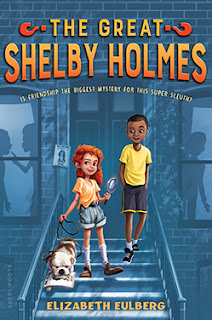 Q: What about the Sherlock Holmes stories appeals to you, and why do you think he has remained such a cultural icon for so long?

A: I think it's the way Sherlock looks at the world and how he can see things that others can't. We often see, but don't observe.

In one of the original stories, Sherlock asks Watson to describe the carpeting in the hallway and he couldn't do it. Then I was thinking about the carpeting the hallway of a building that I had lived in for nearly ten years. I was way off! It's crazy that I would walk in that hallway several times a day and never paid attention to it.

And, what's crazy is that Sir Arthur Conan Doyle pretty much invented crime scene investigation and he was called into actual crimes to help solve them. I'm not that good yet!

Q: What did you see as the right balance between your own creations and the original Holmes and Watson? 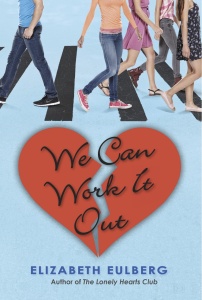 A: I do start with an original Sherlock story for a kernel of inspiration and then I build the story and case on my own. I do like to do little throwbacks to the original characters and different reincarnations.

Every time Shelby and Watson go undercover, they use names of actors who have played Holmes and Watson through the years. I want to tip my hat to what's been done, but I need to have my own characters, voice, and cases.

Q: This is your middle-grade debut. Is your writing process different depending on the age group you’re writing for?

A: Not really. Because it's a mystery, I do have to plot it out more than I do for my contemporary YAs. So I spend around a month plotting and doing research because I need to know all the red herrings, twists and turns, and, of course, who did it before I sit down to write. 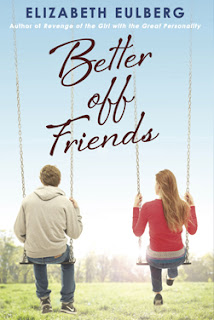 I always write a fast first draft, but then I do a special revision focusing on Watson's writing to make sure its kid-friendly. He's pretty smart, but he's still only 11.

A: I'm finishing up the second Shelby book, which will be out next fall, and then have to start plotting out the third. I also have a young adult novel, Just Another Girl, coming out in April.

A: I always like to mention this since there could be a young writer reading this Q&A: writing is amazing, but it can be really hard and frustrating at times.

I almost gave up when I was working on my first book. When I think about what I'm most proud about in my career, it was that Sunday afternoon when I decided to stop crying and finish the darn book.

So if you're reading this and want to be a writer (or a doctor or teacher, etc.) know that you will have a moment where you hit a wall and get frustrated, but you CAN do it and if you stick with it, you can make anything happen! JUST DO IT!