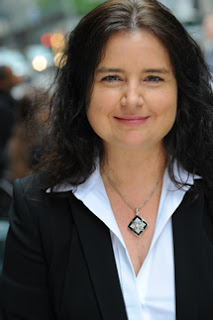 Dina Santorelli is the author of the new thriller Baby Bailino. Her other books include Baby Grand and Daft Punk. She has written for a variety of publications, including Newsday and CNNMoney.com, and she lectures at Hofstra University's Continuing Education Department. She lives on Long Island.

Q: Your new novel, Baby Bailino, continues the story you began in Baby Grand. Why did you decide to focus on child abductions in both books?

A: I’ve always been a fan of edge-of-your-seat thrillers—in books, films, television shows. Stories that really scare you, not in a gory or grisly way, but so that they have your complete focus and compel you to eagerly await the resolution.

I find having children or women in danger raises the stakes somehow. Perhaps it’s because children and women are physically at a disadvantage—again, generally speaking.

The plots of Baby Grand and Baby Bailino have both of those elements, which I find not only scary, but also satisfying if those women and children are able to find a way to conquer the bad guys and win in the end. 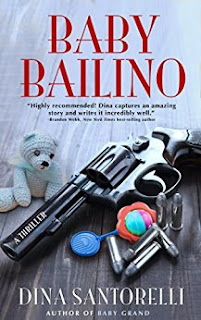 Q: How did you come up with your characters Don Bailino and Jamie Carter?

One of the greatest compliments I get from readers is that they love Don Bailino and that they hate themselves for it. That’s exactly what I was going for.

That how I felt when I watched Tony Soprano in the HBO series The Sopranos. For one episode, I’d think, This guy isn’t so bad. He’s just misunderstood. He needs a hug. And the next episode, when Tony’s violent streak reemerged, I’d think, What was I thinking? This guy is totally dangerous. He’s fooling us all.

As for Jamie, I wanted a woman who was down on her luck, someone who thought she had no control of her life and was always looking for others to guide her.

I wanted to take that ordinary, complacent, and seemingly weak woman and place her in an extraordinary circumstance so that she had the opportunity to show how very strong she really was.

I’m often asked if Jamie is based on me since she is a freelance writer. The answer is no (I’m probably sprinkled across many characters), but making her a freelance writer definitely gave me better access to her emotional depth since I’m very acquainted with that life. As they say, you write what you know. 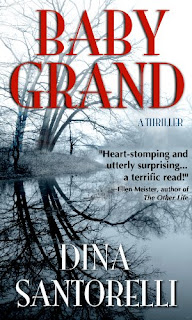 Q: Did you know when you wrote the first novel that you'd be writing another one?

A: Not at first. I thought Baby Grand would be a stand-alone novel. However, as I was writing one of the final scenes, I got this sudden sense that there was more to the story.

I could see in my mind’s eye how things would play out, how the characters could continue, and it was in that moment that I made a major change to the storyline and decided to create Book 2.

Q: What kind of research did you need to do to write these novels?

A: I’ve been a journalist for 25 years, and research is so important to my job. However, when it comes to writing fiction, I tend to leave the researching behind and just write whatever comes into my head.

That is not to say that I don’t do quick online searches for help with expressions, locations, or descriptions, but I really don’t consider that research—not the kind that I’m used to.

However, I did take a road trip in May 2010 to Albany, New York, while I was writing the last half or so of Baby Grand so I could get feel for the city. I mainly wanted to take a tour of the Executive Mansion there, since the building is such an important setting for the book.

I do enjoy incorporating true-to-life details in my descriptions. Although I don’t feel any obligation or pressure to be accurate, I do like that mix of fact and fiction in novels—when novelists play with the facts in such a way that the story seems real, even though it’s not. I think it keeps readers on their toes. 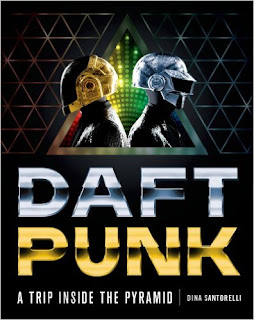 So there are details about the governor’s Executive Mansion that are real, but there are also lots of things have been imagined. Other locales, such as Taryn’s Diner and Bailino’s log cabin, are completely imagined.

A: I am working on the third book in the Baby Grand series. I know what you’re wondering…Did I know there would be a Book 3 in the series when I started writing Book 2?

Actually, no. I had no idea. The plotline came into focus as I got to the end of Baby Bailino. (There seems to be a trend here!) However, I really think Book 3 will be the end of the story. Of course, I say that now…