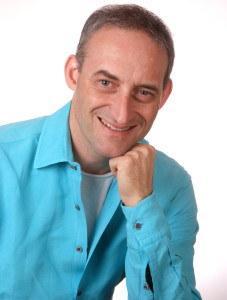 Greg Marcus is the author of the new book The Spiritual Practice of Good Actions: Finding Balance Through the Soul Traits of Mussar. He also has written Busting Your Corporate Idol. A former marketer in Silicon Valley, he is a life coach and biotech consultant. He lives in the San Francisco Bay area.

Q: For people unfamiliar with Mussar, how would you describe it, and what differentiates traditional and American Mussar?

A: Mussar is a 1,000-year-old Jewish spiritual practice that teaches us how [we find] the things inside that keep us stuck. It’s a step-by-step way to bring things into balance and harmony.

Mussar is a tradition that goes back 1,000 years—the American version doesn’t differ substantially but I emphasize certain things that make it accessible to a broader audience.

The third thing is the essence of being Jewish is being a good person, and Mussar is about how we live according to Jewish values in our everyday life.

Q: So would you say the American version is for American Jews, or Americans in general?

A: I wrote it for American Jews, from a particular Jewish American experience. At the same time, I think because I’ve made it so accessible, I think [it will resonate with] Americans in general and wisdom seekers around the world. 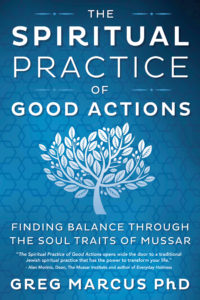 Q: How did you first get involved with Mussar, and how has it affected you?

A: I first learned about Mussar in a family learning program…for one year, the theme was Mussar. I resonated with the idea of making small gradual changes in your life.

I thought about it for a couple of years. I wanted to teach a class, but had to learn it first. The synagogue paid for me to take a class, and I developed my own curriculum. I’ve never looked back.

Q: You focus on 13 traits in the book. Is it important to examine them in the order in which they appear in the book, or not necessarily?

A: In the Mussar world as a whole, there are many different traits. We tend to look at cycles of 13. 13 times 4 is 52 [weeks in a year]. I picked them in a particular order because I feel they build on each other. Different teachers teach different things. I suggest that beginners go in order.

Q: How did you pick the first trait?

A: Humility really is a central soul trait in most Mussar practice. It shows up in every soul trait—how much we are focused on our selves rather than others…You’re a small part in a much bigger story.

Patience is the second one because everybody has situations where they grow impatient, or [where they show] too much patience, [such as] staying in a bad relationship.

Q: For those who are unfamiliar with the idea, can you explain soul traits?

A: The soul is something rabbis and scholars have been trying to understand for thousands of years. Soul traits are saying, Let’s just look at a little portion of the soul: humility, patience, truth, enthusiasm. [One] student says it’s extreme spiritual fitness—like at a gym, when you just work on your arms or your legs.

Q: Who do you think might benefit from Mussar? 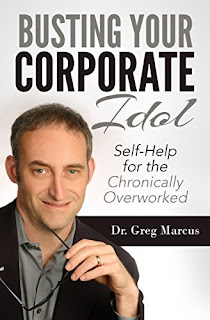 A: Anyone would benefit. I think in particular, parents who want to be more loving and patient with their kids, [and want to learn] how to keep control of their own emotions. People who want to improve their relationships, and have inner peace.

You see a lot of Jewish people who turn to yoga or Buddhism for a spiritual path. You can find it in this. I wrote the book to [help] cultural Jews [find a path] to inner wisdom. It’s for people who want to be the best person they can be.

A: Not a book, but I’m starting to turn my focus to Jewish parenting. This book grew out of a class [on] work-life balance…

Part of the reason I picked these particular soul traits is because they’re important for work-life balance….Who would read it? People who are stressed, on the go, and looking for more balance.

Q: So what more can you say about the Jewish parenting issue?

A: I’m starting to teach about it, a class called Mussar Parenting. I think as the parent of a teenager, it’s so hard these days, there are stresses on kids and adults. If it can help the parents’ struggle a bit, it can help the kids.

A: That we all have what it takes to be a mensch. There’s no time like the present to get started. Mussar is starting from wherever we are today, and all we need to do is take one small step.

If you want to get at the things that are causing you to be stuck, Mussar is a wonderfully supportive practice. You can take a big step, but it’s not lasting.

For people who buy the book and register on AmericanMussar.com by Sept. 9, I'll help them find a study partner. As you may know, a study partner is a tradition that goes back thousands of years in Judaism. We have a matching questionnaire.