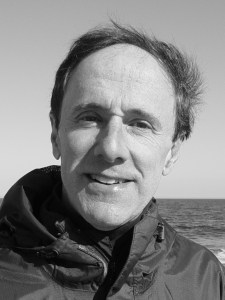 Larry Tye is the author of the new biography Bobby Kennedy: The Making of a Liberal Icon. His other books include Satchel and Superman. He worked for The Boston Globe for many years, and he heads the Health Coverage Fellowship, a training program for medical journalists. He lives in Massachusetts.

Q: Why did you decide to write about Bobby Kennedy, and what do you see as the most common perceptions and misperceptions about him?

A: I was fascinated as to why my mentors in journalism -- tough-minded, old-school guys like Bill Kovach and David Halberstam -- had fallen in love with Bobby, the first and only times they did that. And I was intrigued by the Kennedy brother who'd always struck me as the most passionate and ethical. 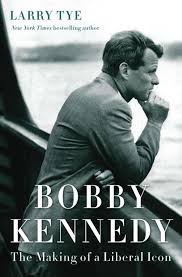 I found out Bobby started out on the other side of the political spectrum from where he ended up, as a cold warrior rather than a hot-blooded liberal.

I found he helped get us into the Cuban Missile Crisis as well as get us out.

I learned he wasn't always a champion of civil rights, but once he was nobody was more determined and effective.

And, most surprising, I saw that politicians really could learn, and grow, and get better.

Q: You begin your book by referring to "this charismatic man's little-understood transformation from cold warrior to hot-blooded liberal." What do you think accounted for this change? 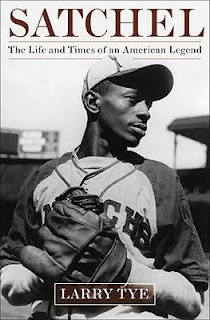 A: He was changing the same way America was as we went from the conservative era of Eisenhower to the tumultuous '60s, and he was helping steer that change.
Q: How would you describe the dynamic between RFK and JFK?

A: They were the closest things this country has ever seen, and is likely to, to a co-presidency.

Q: What about the relationship between RFK and Lyndon Johnson?

A: They were bitter enemies, which is tragic since they shared the goals of caring deeply about ending poverty, bridging the racial divide, and keep progressive Democrats running America.

A: Can't say quite yet, other than that it's a bio of another liberal icon. More once a publisher says YES, if they do.

A: Just that I've never done a book where half the people I interviewed cried, where 1/3 of those I interviewed died during my three years on the project, or where I had more fun.