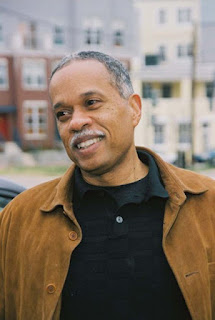 Juan Williams is the author of the new book We the People: The Modern-Day Figures Who Have Reshaped and Affirmed the Founding Fathers' Vision of America. His other books include Eyes on the Prize, Enough, and Thurgood Marshall. He is a political analyst and host for Fox News Channel and a columnist for The Hill. He also has worked for NPR and The Washington Post. He is based in Washington, D.C.

Q: You write, “The Founding Fathers are with us everywhere we go.” How did you come up with the idea for this book, and how did you select the people to include?

A: When I was working for National Public Radio, we did a series called The Changing Face of America. I traveled around the country looking at changes in the United States at the turn of the century.

There were some things that were intriguing to me, and made me realize how old I was. You can’t smoke on a plane. Most of my life there was a smoking section on planes. Today, there’s not only gambling in Las Vegas and Atlantic City but in many big cities…it’s amazing how accepted it’s become….

At the time this was going on, I was very interested in the demographic changes in the country. It started to occur to me that I was hearing from people, especially conservatives, who said the country was changing too quickly.

There were arguments in [court] rulings; there was an increasing emphasis on the right to strict adherence to the Constitution and the Founding Fathers. These two things joined in my mind.

I thought, what would the Founding Fathers think of America as it exists today? How would they come to terms with the changes today? The concept seemed a bit abstract, but I thought if you could bring them here and sit them down, how would you explain the big changes to them?

When you identify the idea, how do you pick the subjects you want to introduce the Founding Fathers to? I worked backwards on this one—I did not pick so much the people as the topics.

Gay rights—it would astonish and outrage the Founding Fathers, given their mores. I started doing research and discovered Harry Hay, one of the Founding Fathers of the gay rights movement. He was willing to acknowledge his sexuality and organize other gay men.

That to me, if you [introduce] the Founding Fathers to the idea that gay men or lesbians have the right to show public affection, to marry in the eyes of the government, you would have to explain to them, where does this come from, how did the American people [come to] approve of gay marriage? That’s how I came up with the idea of the people. 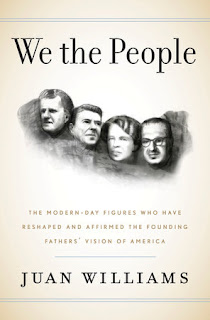 Q: What do you think the founders would make of this year’s presidential campaign?

A: I get that question a lot. The way it’s usually put is, what would the Founding Fathers think of Donald Trump?

They would first think of what’s going on in Congress. The analogy would be writing the Declaration of Independence or the Constitution. They knew about factions, rebellions against the elites; they were willing to fight for it.

They would not have understood the political polarization [under which politics] becomes dysfunctional. On an issue like slavery, the Founding Fathers signaled a willingness to compromise because they had the larger issue of the country at heart.

For a black person, you are willing to compromise on my rights. For them, all white men, [they said] give us 20 years and we’ll come back to this, or we’ll write the Federalist Papers and people will come on board. In terms of our broader interest, it’s the best thing.

[Now] you guys can’t even agree on a budget, all you do is mock the president, or close your eyes to the critique. We’ve moved away from a belief in ourselves as a nation.

Over the last three to four months, I read something where new letters were found; the Founding Fathers were not sure it could last five years.

I had written that the Founding Fathers are honored wherever [one goes] today, that the Constitution lasted more than two centuries and is still in high regard. Even the most rebellious among us, nobody says, Throw out the Constitution.

They created a document that has incredible lasting value [and] shapes the government of the most powerful economy in the world.

Q: After the first introductory chapter, the second chapter of the book looks at the Kennedys. Why did you decide to include them? 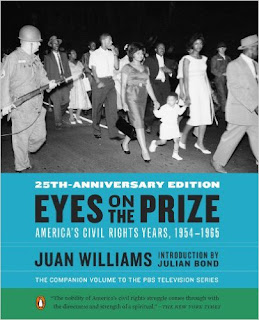 A: One of the first more critical changes we’ve seen at the start of the 21st century is immigration—the amount of immigration and how it’s changed the country, how it’s polarized our politics.

Donald Trump’s prime issue is immigration; arguments over immigration are preeminent in politics, but if you walk down the street, it’s not just [descendants of] slaves--black people are the largest minority--but Latinos, and the largest group coming in are Asians.

It would be astounding to the Founding Fathers—only white European people could come in. This is a major change, and it’s causing significant political reverberations in the country.

I thought, working backwards, how do you explain how much immigration takes place in the country, and when I was doing research, it was not even in dispute that the critical element was the 1965 immigration reform act.

The fathers of the act were the Kennedy brothers. [Their family history] drove them to change a restrictive law…

Q: The book also examines the issues of slavery and civil rights. What do you see looking ahead in terms of race relations in this country?

A: There are two chapters in the book relating to this—one on Earl Warren and Thurgood Marshall, and one on Dr. King and Jesse Jackson.

The mid-20th century Brown decision stands as a way the government views segregation as unconstitutional, and with it comes Dr. King’s idea of poetry going back to the Founding Fathers—that all men are created equal and this is the fulfillment of that.

Then comes Jesse Jackson who says it’s not just being viewed as equal in the eyes of the law, but measuring equality—in life expectancy, health and education outcomes, wealth. What does equality mean? 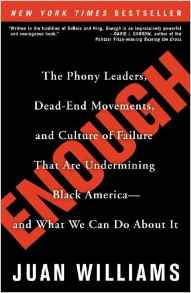 Jesse Jackson makes an argument within the Democratic Party. Minority groups and women [should be] represented in terms of delegates. He is about the numbers. This is accepted now with arguments about affirmative action. It has led to a backlash—equality of opportunity versus equality of outcome.

What’s leading us to be unstuck is the demographics are changing rapidly. People are left behind who are not competitive, and the idea is that you have to include Latinos and Asians and deal with the idea that we are part of a global economic structure. You have to be competitive.

There are lots of people who are new to the conversation, and find it worn and tiresome and not relevant; they come to the U.S. as the land of opportunity.

Where is it going? It’s a changing conversation. We know about Black Lives Matter and arguments about discrimination and stereotyping of poor black people...

I don’t have cops running into my house shooting at me. My concerns are not those of a poor black person in America. By Jesse Jackson’s framework [you see the] high rates of poor educational outcomes and shootings in a city like Chicago.

Who screws this up is Trump, who sees this as the totality of the experience. It is not the whole experience. What you’re starting to see is larger [societal] features like income inequality, who has access to good schools, to the industries that are most profitable—high-tech media, Wall Street—that is where you see the divide playing out in a far more representative [way] than the shootings in Chicago. It’s harder to tell [but] that’s where the conversation is going.

It’s forcing a conversation—if you’re in high tech, banking, the media, the marketplace is changing with the introduction of more people of color, immigrations, women, gay people. Corporate America is becoming an arbiter of these issues. 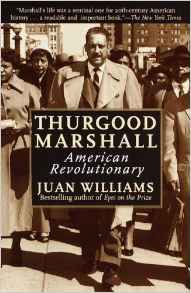 The North Carolina bathroom issue—corporations say they don’t approve. Now the NBA pulls the All-Star game out. It has real political consequences.

It was the same in Indiana when [Governor Mike] Pence was doing his thing about gay people. A pharmaceutical company in the state said no way, if you do that it will [hurt business].

Q: You conclude with a chapter on Charlton Heston and the NRA. Again, looking ahead, do you see any movement on the issue of gun laws?

A: If there’s one intractable issue, it is guns in America. It represents the kind of old-world view of the Founding Fathers—we want to make sure we can form a militia on a moment’s notice, we want to go hunting. It’s rural vs. the 21st century—most people [now] are in cities, and it would be hard to fight against an invading force or our own military if we had a tyrant.

It is a very different world, but if people hold on to strict construction of the Constitution, you see it at every level of American life—Supreme Court interpretations, the rush of people to buy guns, the arguments that people are trying to take away rights, and the phenomenon of mass killings we can’t seem to deal with.

I thought, if there’s one issue that captures [the incongruous dynamic] between the Founding Fathers and modern America, it’s guns.

Q: Do you have any hope for movement on this issue?

A: Not at the moment. It’s interesting that the NRA are the biggest [consistent] supporters of Donald Trump. When it comes to their interest, they are so singular in their focus, it’s hard to move them or their supporters toward any notion of compromise…

A: One of the joys of being a writer is learning and expanding your intellectual horizons. For me, I had so much fun meeting some of these characters!

For example, Rachel Carson was somebody I’ve heard of, but had no idea who she was. Eleanor Roosevelt was somebody I knew of, but didn’t quite get. The whole idea of the Declaration of Human Rights and promoting American democratic values, individual rights as a worldwide standard—wow, I had no idea.

I knew Betty Friedan but to get into it and who she was, what changes she pushed in American society…is astounding. Part of it was [my saying,] I didn’t know that!...I want to write about this person!

In all the tweeting and Facebook and web, I don’t think we go very deep. For me, the idea is to go deeper and meet the people who created the roots of America as we know it today.

--Interview with Deborah Kalb. For a previous Q&A with Juan Williams, please click here.
Posted by Deborah Kalb at 7:00 AM