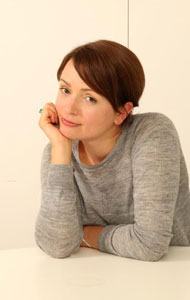 Jo Baker is the author of the new novel A Country Road, A Tree, which looks at the writer Samuel Beckett in the World War II period. Her other books include the novels Longbourn and The Undertow, and she lives in Lancaster, England.

Q: Why did you decide to focus on the writer Samuel Beckett's experiences during World War II in your new novel?

A: I’ve been fascinated by Beckett ever since I studied his work for my MA in Irish Writing at the Queen’s University of Belfast.

Before my MA I’d done a very traditional Eng. Lit. degree at Oxford. It was a brisk trot through the English canon (and it was very much “English” English, rather than anything wider) from Beowulf to Virginia Woolf.  After that, Beckett’s work seemed like something from a different planet.

I didn’t realize it at the time but what we were looking at was Beckett’s wartime and post-war work. Those blasted landscapes and battered, persecuted characters – the work we think of as “Beckettian.”

It was only when I read, independently, the early work that I realized what a radical change had been effected between these two phases. The early work could almost have been written by a different person; it was certainly written by someone who was heavily influenced by James Joyce.

I was fascinated by the difference. I wanted to explore the period of transformation – the phase of Beckett’s life in which he found his own voice and became the writer he was going to be. 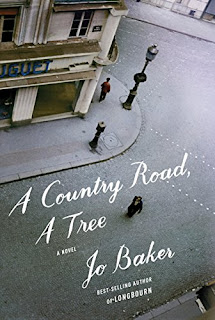 Q: How did you research the book, and what did you see as the right balance of history and fiction as you wrote it?

A: I spent a lot of time in the biographies, which was fascinating – there are three; for me, the most insightful and comprehensive is James Knowlson’s Damned to Fame.

Beckett’s letters were also a major resource – which might seem contrary as there are few extant from the war years. But they do provide insight and detail from throughout his life – ideas and images and preoccupations.

I also used others’ memoirs and autobiographies from the period – histories and accounts of the Resistance and of the Occupation, and of neutral Ireland.

I also re-read Beckett’s work. I was listening out for echoes, as much as anything else.

Although the pressures of those times and those experiences did exert influence on the work, there’s a risk of being reductive if one attempts to make direct links between them.

The work deliberately resists that kind of specificity, which is part of how it achieves that universal and transcendent quality. And any creative act is complex and fluid and draws on a web of influence and experience. 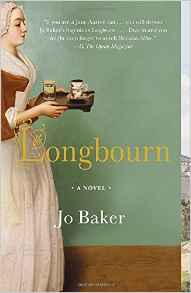 So making linear connections between the war and the work wasn’t something I was trying to do. I looking for images and themes and moods that I could then echo in my narrative.  Something allusive.

I know Paris quite well, so I could trace those routes around the city quite confidently. I also took a trip down to Roussillon in the South of France, where Beckett was in hiding during the latter part of the war.

The kind of physical detail you get from just being in a place – even 70 years after the events you’re researching – is invaluable. In the mind’s eye, there’s a stripping away of the contemporary to look at what was there before, what continues from that previous time.

In terms of balancing this research with the shaping of a novel, I set myself quite strict rules. One of the most helpful is point of view. If you set strict limits on POV, and your central characters have to experience, read or hear about something for it to be included, that inevitably eliminates historical clutter that you might otherwise be tempted to include.

As for narrative structure, one of the things that made me think that this could actually be a novel, and not just a subject that happened to intrigue me, was uncovering the series of extraordinary decisions Beckett made.

The initiating incident of the novel – the decision to go back to France at the start of the war, and face the conflict with his friends, when he could have sat it out in neutral Ireland – is the first of these. Other moral choices followed, each with its own impact and effect on him and those around him. 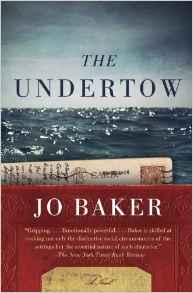 In general, stories progress through characters’ decisions – particularly when the decision is not an easy one to make. So in this case, the narrative quite naturally shaped itself around what Beckett chose to do – in circumstances that were always difficult and sometimes must have seemed impossible – and the outward ripple from those moments.

Q: How would you compare the style of writing you employ in the novel to Beckett's own style?

A: I tried to echo his style – at times more closely than others –  without ever descending into parody or pastiche.

Q: The novel's title comes from Waiting for Godot. How was the title selected, and what does it signify for you?

A: The title emerged pretty early in the writing process. It’s a stage direction from the start of the play – and is such a striking image conjured in so few words. I don’t know if stage directions (other than Shakespeare’s "Exit, pursued by a bear") ever really get much attention.

But I was struck by the bleak simplicity of this, and its liminal quality – it establishes with a few brush strokes an in-between place, an in-between state. And that’s what the novel takes us through – the in-between state of becoming. He was becoming the writer he was going to be.

A: I have about a third of a draft of a new novel. It’s a bit squelchy and molluscy at the moment. I can’t really start prodding around at it or it will just retreat into its shell.

A: I’ve realized I’ve started dressing according to the novel I’m writing. Not down to the broken boots in this instance. But swing pants and tea-dresses and red lipstick. Channeling the 1940s in a low-key way.