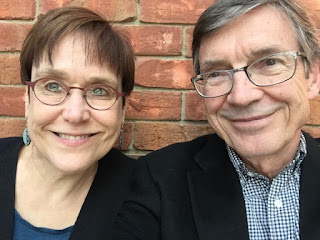 Elizabeth K. Wallace and James D. Wallace are the authors of the new biography Garth Williams, American Illustrator: A Life. They are both professors in the English Department of Boston College.

Q: Why did you decide to write about Garth Williams, and what surprised you most in the course of your research?

A: The idea came to Elizabeth in the middle of the night about seven years ago. She had long admired the illustrations of Garth Williams—she was a lover of the Little House on the Prairie books—and was curious about his life.

The Wikipedia entry on Williams suggested that there was an interesting story, but it left significant gaps, and there was no adult biography. We had often talked about doing some kind of project together, and we both wanted to do a different kind of writing than the scholarly work that had been part of our careers as college professors. 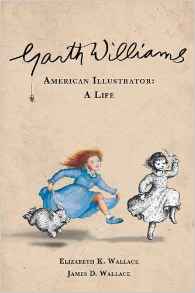 We were initially told that this biography could not be written. The attorney who administered the estate was reputed to be unfriendly and unlikely to cooperate with any biographers, and we were told Williams had left no archive.

Both those statements proved not to be true. Richard Ticktin could not have been kinder or more helpful with permissions and contacts. He is very close to Garth’s surviving children and was very glad that someone was undertaking a biography.

As for an archive, when we went to Queretero, Mexico, to visit his youngest daughter, we were amazed to find several boxes of materials that Garth had saved, some going back to his school days in London and including all his publishing contracts and correspondence with editors and writers.

Q: You write that “it is not clear that he easily embraced his new vocation as children’s book illustrator then, or even later in his life.” How would you describe Williams’ attitude toward his work, and did he always feel he should be doing something else? 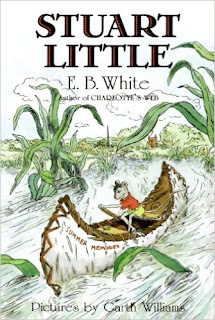 A: Because he was trained in a European culture of high art—and because his first love was sculpture—he really did aspire to make a contribution to the great tradition of Western art. In New York in the early 1940s his work was displayed in galleries alongside that of Roger Fry and Mark Rothko.

But the necessity to sustain himself and contribute to the support of his first two daughters meant he had to find some way to make money, and he tried various things including photography and lens-grinding.

Of course he did take his work as an illustrator seriously, and he often found it very rewarding as well. He was proud of the pictures he did for E. B. White’s Stuart Little and Charlotte’s Web and he worked very closely with Margaret Wise Brown on a number of projects.

Illustrating the lives of animals presented him with challenges that he enjoyed, and he was touched and pleased by the reactions of young readers to his pictures. But some of the work he found boring and routine—Little Golden books about baby animals were a real chore.

However, in the long run he could see his role in a developing universe of children’s literature that included other real artists like Maurice Sendak and Ezra Jack Keats, and he took great satisfaction with that. 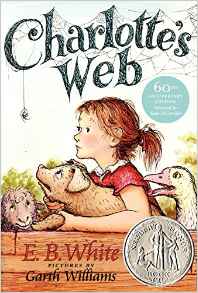 Q: In the book, you ask, “Was Charlotte’s Web Williams’ best work? Critics remain divided on this topic.” What is your opinion?

A: We have a divided opinion there. Elizabeth thinks the Little House books are definitely the best--the most carefully researched, lovingly observed and carefully drawn, and the most ambitious in their epic vision of American frontier life.

James likes best the energy and humor of some of the books done with Margaret Wise Brown, including Mr. Dog and Sailor Dog.

But all of Garth’s best work (and that certainly includes The Cricket in Times Square, The Rescuers, Amigo, The Gingerbread Rabbit and a dozen other books and series) has surprises and delights that make each unique and uniquely appealing. 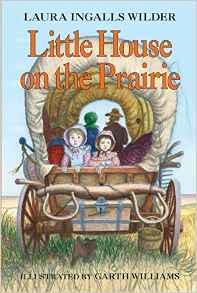 Q: How did the two of you divide your work on this book?

A: At the beginning, James did research and Elizabeth did the writing. Then we decided to divide work on different chapters: Elizabeth wrote the chapter on the Little House books (her special love) and James wrote the one on Charlotte’s Web and the Little Golden books.

But as we went along, our writing more and more interwove, especially as we revised each other’s contributions and grew chapters from materials in the archive in Mexico. In the end we were pleased and a little surprised at how well our voices blended in the final product.

Q: What are you working on now? Anything else we should know?

A: Right now we’re working on publicizing the book through readings and other efforts. For example, the controversy that sprang up over The Rabbits’ Wedding (the book was banned in Alabama school libraries because of its representation of a relationship between a white and a black rabbit) has been made the subject of a play, Alabama Story, by Kenneth Jones. 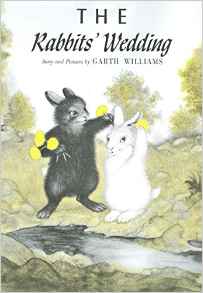 In Abilene, Texas, a Garth Williams Sculpture Garden is scheduled to open next year on the southeast lawn of the Abilene Civic Center, and we plan to be involved with that.

And we hope to find a translator to prepare an edition of our book for publication in Japan, where (we understand) Garth Williams’ work is well known and popular. After all the kindness and encouragement we had from Garth’s family, we feel a kind of responsibility to nurture his reputation.