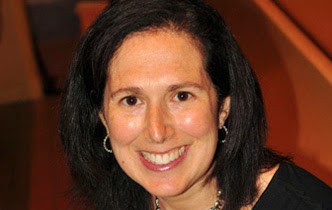 Susan Blumberg-Kason is the author of the new memoir Good Chinese Wife: A Love Affair With China Gone Wrong. Her work has appeared in a variety of publications, including Chicago Parent magazine and Asian Jewish Life. She lives in Chicago.

Q: Why did you decide to write Good Chinese Wife, and how was the title selected?

A: All throughout my marriage, even when I wasn’t really aware that it wasn’t working out, I looked out for memoirs about western women married to Asian men. I found a couple written by women who had married men who were adults during the Cultural Revolution (Liang Heng and Judith Shapiro’s Son of the Revolution to name one).

These books were more about escaping China, back when people defected. But there was nothing about the ins and outs of a cross-cultural marriage. So about six years after my divorce, I decided I would write my story.

At first I titled the manuscript Boundary Street after the old Hong Kong-Mainland China border. I thought it represented the East meets West of my story, but ultimately realized it wouldn’t resonate with anyone who didn’t know Hong Kong.

It was around that time, too, that I was struggling with the theme of my book. I wasn’t sure if it should be a coming of age story, a travelogue, a relationship memoir, or a story of emotional abuse.

When I decided that I would focus on the cross-cultural relationship aspect of the story and how I tried to be a good Chinese wife, the title naturally fell into place! 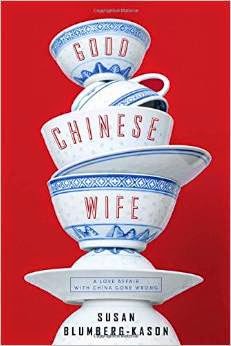 Q: How difficult was it to write about the many painful experiences you describe in the book?

A: I started writing this book back in 2006 and began with the most personal parts of the story because I wanted to get those down on paper before I started to forget the small details. It was difficult, but by then I had had six years’ distance from my separation and divorce from Cai. I had already returned to San Francisco for a visit a few years before I started writing the book, so I felt like I could move on.

What was most difficult, though, was writing about the backstory in the beginning of the memoir. It took me years to write about those quick relationships or unrequited love back in my early 20s.

My agent submitted Good Chinese Wife to a dozen editors, all of whom rejected it because they felt like I was holding back, that I wasn’t sharing myself with the reader. Once I added that backstory, I was offered a book deal 10 days after my agent submitted it to Sourcebooks!

Q: You write, "And after all these years, I wondered if perhaps our cultural differences were not at the root of our problems, but rather irreconcilable differences that had nothing to do with culture." Looking back, do you feel that your issues with your ex-husband were a product of both factors?

A: Definitely! I think my problem was that I discounted all of his bad behavior as a cultural difference that I just needed to understand better, when that wasn’t always the case. It was just bad behavior pure and simple!

On the other hand, Cai’s personality was tied to his culture as much as mine is tied to my culture. People in China would often tell me that I was very Chinese, that I wasn’t loud and brash like typical Americans. These were the same things that Cai told me right after we got engaged. But it’s incorrect to stereotype all Americans as loud and obnoxious just as it’s wrong to lump all Chinese into one category.

Q: Are there any authors that have particularly influenced you?

A: Yes! I devoured the memoirs of Rachel DeWoskin (Foreign Babes in Beijing), Adeline Yen Mah (Falling Leaves), Maxine Hong Kingston (The Woman Warrior), Nien Cheng (Life and Death in Shanghai), Bette Bao Lord (Legacies), Jung Chang (Wild Swans), and Anchee Min (Red Azalea and The Cooked Seed). All of these books have an underlying melancholy that resonated with me. From reading these authors, I gained the courage to write Good Chinese Wife.

A: I’m working on a new memoir that traces my family’s history in Shanghai. A couple years ago I learned that I had a relative who was a Jewish refugee in Shanghai for eight years during the war. After all the time I had spent in China, I was amazed that I didn’t know about this connection to Shanghai, and that no one in my immediate family knew about this cousin.

So I write about discovering this relative and about my trips to Shanghai in the late 1980s and first part of the 1990s, and how I inadvertently visited most of the Jewish landmarks from my cousin’s era.

A: I just want to thank you for reading Good Chinese Wife and for interviewing me!