Boris Fishman is the author of the new novel A Replacement Life, which features a family of Russian Jewish emigres to New York, including a grandson, Slava, who forges World War II restitution documents for his grandfather. Fishman is the editor of the anthology Wild East: Stories from the Last Frontier. Born in Belarus, he lives in New York City. 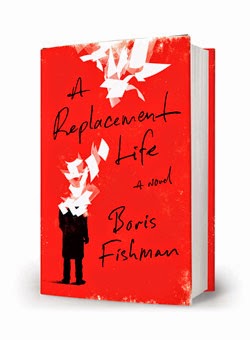 A: The book was reviewed by a Greek-American writer in the Minneapolis Star Tribune. My dad is a doorman on the Upper East Side, and his boss is Albanian, and he saw parallels with his own experience.

I had an essay in The New York Times Magazine [recently, about how] when you come to the United States as a kid, you become the parent to your parent. You’re freighted with a [large] amount of responsibility. You’re feeling like a freak and an outsider, and you’re suppressing your heritage to fit in. This is universal. 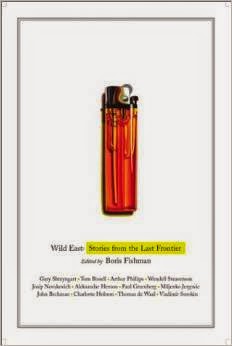 There’s a lot of nonfiction I read: This Boy’s Life by Tobias Wolff. It’s really a novel in everything but the facts. All of its dance moves are novelistic. That taught me a lot—a lot of the inspiration for my novel is factual as well.

Also, J.M. Coetzee: Disgrace was incredibly important to me. It’s a family novel, a political novel, a moral novel. I could see some of the questions I struggled with, transported to a different environment.

A: I just sold my second novel to Harper Collins…it’s called Don’t Let My Baby Do Rodeo. A Russian family in New Jersey adopts a boy from Montana at seven months. He’s semi-feral and they have to figure out how to make a life with their foreigner. And they are foreigners in America. The adoptive mother is from Ukraine. There are all these competing alienations.

The mother is 42 when the novel opens. I wanted to set myself a challenge, not lean on the Russian-Jewish young man crutch….I enjoyed writing from a woman’s perspective.

Q: When is the book coming out?

A: That I started the novel in 2009, and completed the draft in 2010 when there was a big expose of exactly this [type of scam] in Brooklyn. It had been going on since the 1990s; they were doing it exactly as I had imagined it….