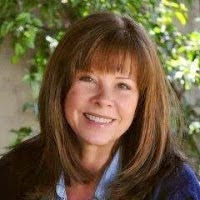 Mel Ryane is the author of the new memoir Teaching Will: What Shakespeare and 10 Kids Gave Me That Hollywood Couldn't. After working for many years as an actor, she created a Shakespeare Club in a local public elementary school. She lives in Los Angeles.

Q: Why did you decide to write about your experiences with the Shakespeare Club, and did your feelings about the experience change at all as you wrote the book?

A: A couple of weeks after I started the Shakespeare Club, I was having dinner with Maggie Marshall, a writer friend, and telling her stories of my work with the kids. She then made me a beautiful journal and exacted a promise: “I’m giving you this journal because you must write these stories down.” I agreed and kept copious notes.

The following summer, I attended a writing conference where Myra Shapiro, a poet and former public school teacher, asked me about my life in Los Angeles. I told her about my work with the kids and, in the telling, realized there was a book.

This was new to me because up until that conference, I had been writing screenplays, having attended the American Film Institute as part of their Directing Workshop for Women. I was all about trying to make movies.

But I chafed at the constricting structure of screenwriting as if wearing a corset. I’d written four screenplays and only one was good. My experience at the writing conference cracked me open to the possibilities of narrative prose, and I found my writing freedom. That’s how the memoir came to be.

I wrote a draft in nine months and a rewrite in six. Revisions continued over the years as it was out to market. I wrote other books (which are currently in the marketplace) but every time I picked up Teaching Will to tweak it, and certainly once it was in production with my publisher, I relived both the traumatic and riotous experiences of my first year working with those kids.

I’m guessing many educators who read this book will identify with the reality of classroom chaos and the navigation required to be a leader.

My feeling about the experience didn’t change as I wrote the book, but my appreciation of what they and I had accomplished deepened. 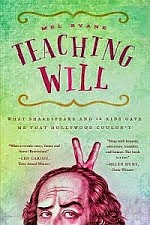 Q: As someone who's worked as an actor for many years, how do the skills required for acting and writing complement each other?

A: The most basic skill required of an actor is an ability to identify with a character’s circumstances. I’m writing fiction now and that skill serves me well as I develop various characters.

There is always a danger, as there can be with acting, of a similarity in voice coming through for every character, so the ability to get inside a character’s head is an advantage.

As an actor, I gained an appreciation for the audience as the most important factor in determining an entertaining ride. I’ve sat too many times in a theatre and watched actors having a whale of time onstage and wishing I was having that fun.

So, I’d like to believe that I have a sense of when to get in and out of a scene and of how to diagnose possible indulgence on my part as I rewrite my work. Good actors have a great sense of timing and so do skilled writers.

Q: What was your favorite Shakespeare part to play?

A: Of the Shakespearean roles I’ve played, Viola in Twelfth Night was my favorite. But, of the roles I didn’t get to play, I’d choose Rosalind in As You Like It.

Both are girls disguised as boys. Not sure what that says about me except that Shakespeare wrote so much freedom and wit for those women dressed as men.

I lament that I didn’t get a crack at Rosalind, but that ship has sailed. I would also love to play Elizabeth in Richard III; that ship is in port but ignoring me. I set my acting career aside and love my writing career, but I still daydream.

Q: Are you still in touch with the kids you write about in the book?

A: Occasionally I’ll hear from some of the kids who participated in Shakespeare Club over the six years I was at the school. It’s always cool to hear from or bump into one of those children.

Many, of course, are now nearly adults. I like to imagine that when they hit their late 30s or 40s, they’ll have a sweet recollection of doing Shakespeare with that crazy Ms. Ryane.

I hope they’ll remember their greatness. I believe, once that seed is planted, once our greatness has been experienced, that we hanker our whole lives to find it again, and that is a really good craving.

A: After writing Teaching Will I wrote a second memoir, On Location. This is the tale of meeting and falling in love with the man would become my husband.

His work used to take him all around the world and I would follow along because I love travel. He would work and I’d take off from our home base in Berlin, or Marrakech, or Hong Kong, and have adventures.

So, the memoir is travel entwined with the romance as it led to our marriage. My agent loved it but felt she couldn’t sell it, so I put it up for free to readers on my website, melryane.com.

I also have two novels in my agent’s hands. This should give you some idea of how long it took for Teaching Will to sell. It went out to editors as the recession took hold in 2008 and didn’t find a home until 2013. By then I was pretty certain it would never be published and had moved on to other works.

That it sold was a delightful surprise and I’m kind of proud of myself for not cracking up over those years of waiting. I just kept writing and that kept me on an even keel.

A: When the publisher, my agent and I discussed the audience for Teaching Will, we agreed that educators would likely be first in line, then parents, actors, volunteers and, as I like to say, anyone who was ever a child.

Of those categories, volunteers really interested me because there is a large boomer generation for whom volunteer effort is becoming an important next chapter. Many of us begin volunteer work imagining that we’re changing the lives of those around us, making a difference and doing good for others.

The secret I discovered was that I was changed, I was made different and I was made better by making a commitment and following through no matter how tough the journey.