Ariel Schrag is the author of the new novel Adam. Her other work includes the autobiographical graphic novels Awkward and Definition, Potential, and Likewise. She has written for the TV shows The L Word and How To Make It in America, and she lives in Brooklyn.

Q: You’ve said that you originally thought of making your main character, Adam, a man in his 30s. How did you end up with a 17-year-old boy as your protagonist?

A: I came to the original idea when I was working on The L Word. There were a bunch of lesbian writers on the show along with a man, Adam Rapp. I had a bizarre fantasy—Adam Rapp was a straight man in his 30s, and his life didn’t speak to the show [so I imagined a character] who would go out to trans clubs [as a trans man]. It was so funny, the idea of a cis man posing as a trans man—a reverse of the idea of trans men being deceptive.

I thought about writing the novel that way, but it was terrible—a man in his 30s should know better, and the idea that he was getting fodder for a TV show...

I had the idea that he should be a teenager. Teenage boys and trans men often resemble each other…It made sense, and it was a much more sympathetic character if the teenage boy fell into it [by accident]. I didn’t want malicious intent; I wanted readers to sympathize with Adam. 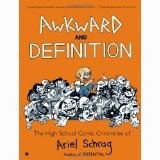 A: For no other reason than that I started writing it in 2007. It was based on my most recent experiences. I wanted Adam to enter the queer world in New York. It more accurately depicts around 2003, but I chose 2006 because I wanted Adam and his friends to watch this episode of The L Word. Not all the chronology adds up; they go to a club called The Hole that had actually closed [by 2006]. 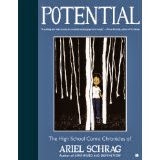 Q: Did you know how the book would end before you started writing, or did you change things as you went along?

A: I definitely had a sense of what I was building toward, but I didn’t know exactly how it would pan out. Early on, I would have had Adam go to New York with his sister, and become aware of trans men, and then go back to Piedmont and be living a double life in San Francisco. But it started to feel too unwieldy. I liked the idea of containing it [in the] summer. 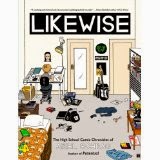 I read a lot of books from the perspective of teenage boys. Another book that had an effect was Endless Love by Scott Spencer, the singlemindedness of the character. Prep by Curtis Sittenfeld was about a teenager going into a different world—a lower middle-class girl going into a prep school. And the teenage obsession with the object of your desire—the way [Sittenfeld's character] Lee was obsessed with Cross Sugarman.

A: Not a novel, a collection of short comics. Some are autobiographical and some are fictional.