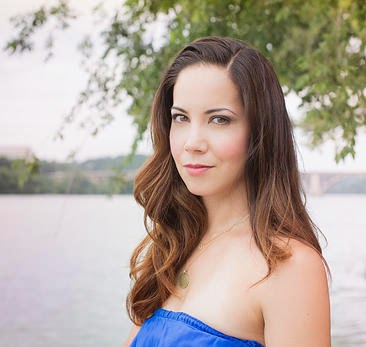 Karin Tanabe is the author of the new novel The Price of Inheritance. A former reporter for Politico, she also has written the novel The List. She lives in Washington, D.C.

Q: How did you come up with the idea for The Price of Inheritance, and for your main character, Carolyn?

A: I’ve always been a huge art lover, and it’s a pretty good idea to write about something you love, because you’re going to spend a lot of time on it!

I also find the auction world fascinating, especially the fact that certain people value objects so highly. Why does someone pay $20 million for a Vermeer? Or half a million for a bottle of wine? You’re just drinking money!

I thought that high stakes setting would make a really good background for a book. Plus, I have watched The Thomas Crown Affair too many times for my own good.

As for my main character, Carolyn Everett, I knew I wanted her to be this quirky woman who worked in an auction house—in her case Christie’s—and who is very career obsessed, at the expense of her personal life.

Carolyn is an expert in American furniture, which I chose because it’s something that few people are truly gaga over. Who really wants to spend a million on a Queen Anne chair? I mean, they’re nice, but unless Ben Franklin sat in it in some leather pantaloons, there are not many Americans who are going to weep in an auction room for one.  But my main character is that person and her job is to obtain and sell as much of it as she can. 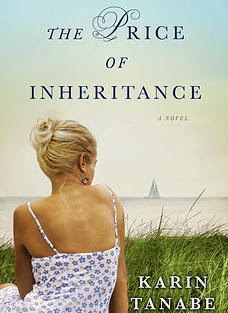 Q: What sort of research did you need to do for the book?

A: I started my career as a journalist, and besides the writing, what I really enjoyed was research. And boy did I come up with some total doozies while researching this book! I became totally obsessed with the black market art world.

Now I’m not going to quit my day job, move into some tunnel and start hawking Monets, but let me just say that I see the temptation. The international market for stolen art and antiquities is worth as much as $5 billion annually, which places it among the top international crimes.

Another part of my research that I thoroughly enjoyed was finding out about the valuable paintings and antiques that were found at thrift stores and yard sales. I read about a man who paid $45 for 200 glass photography plates at a garage sale, which were actually by Ansel Adams and worth $200 million!

Q: How does the issue of wealth and privilege affect Carolyn’s relationships with some of the other characters who live in Newport?

A: Carolyn is an interesting case because she is from a family that lost all their money a generation back and while she was raised amongst the very rich, she was not one of them. So right out of the gate she had a bit of a chip on her shoulder about her humble circumstances.

But she’s a pick herself up by the bootstraps kind of girl and she’s committed to launching herself forward with an amazing career in art. In the beginning of the book, she’s very competitive with the women in her life that grew up with privilege—and we’re talking Bentley-driving Newport privilege here—but by the end of the book her perspective on money changes a lot. 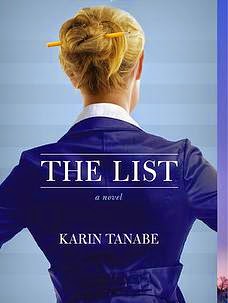 Q: Do you know the endings of your novels before you start writing, or do you make changes as you go along?

A: For my first book, The List, I thought I knew the ending, but my editor changed it. That was a good thing, because her idea was a lot better than mine!

But for The Price of Inheritance I had a vague idea of the end, which I really had cemented by the time I finished writing half the book.

I never know the ending perfectly though, as it always takes me a while writing the characters for me to know what they would do. They become these crazy, opinionated people and sometimes you want to give them a different trajectory after you’ve been writing for a while.

A: I’m working on a book for 2015, which is half written in present day Georgia and half at the turn of the 20th century in New York. I was hesitant about writing historical fiction, but I’m really enjoying it. Plus, I’m Gilded Age obsessed, and this just lets me feed my beast. It’s about generations of lies, told in one family, and the terrible consequences of those lies.

A: I spent a lot of time in Newport, Rhode Island while writing The Price of Inheritance, and many of the places I write about are real! If you ever find yourself in Newport, eat the BBQ at Smokehouse, check out the beautiful Castle Hill Inn and of course visit the Breakers!

--Interview with Deborah Kalb. For a previous Q&A with Karin Tanabe, please click here.
Posted by Deborah Kalb at 11:56 AM