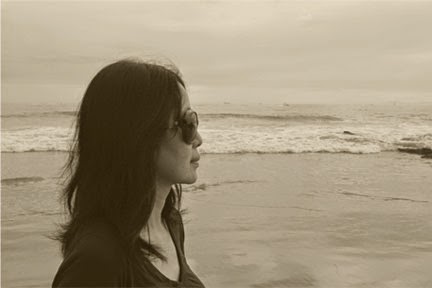 Lan Cao is the author of the new novel The Lotus and the Storm. Her other work includes the novel Monkey Bridge and the work of nonfiction Everything You Need to Know About Asian-American History. Born in Vietnam, she teaches at the Dale E. Fowler School of Law at Chapman University in Orange, California.

Q: Why did you choose “The Lotus and the Storm” as the title of your new book?

A: I like the contrasting images -- the lotus being a Buddhist symbol of serenity and the storm conveying the very opposite of serenity. The storm represents Bao and the lotus represents ... that's a question that different people will have different answers for. The book is in many ways a journey through the storm, chaos and fragmentation of war.

Q: What more can you say about the significance of the character Bao?

A: Bao means storm literally in Vietnamese, so the character represents the turbulence of trauma. 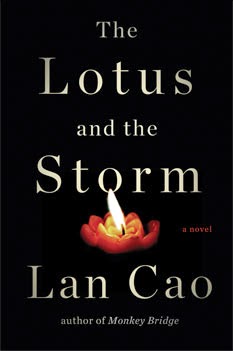 A: I rarely ever know where each chapter will end, how one chapter will follow another, much less how the book will end when I start writing. It's all very organic for me and for fiction writing, that's how I like it. My first drafts tend to be a bit picaresque and my revisions once the book is finished are meant to tighten, not change the story line.

Q: In addition to your novels, you’ve co-authored a nonfiction book about Asian-American history, and you are a law professor. How is your fiction affected by your other work? 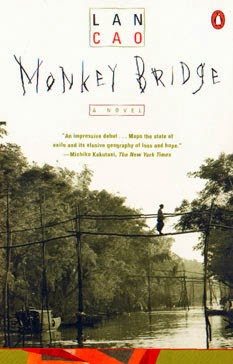 A: My legal scholarship has focused on international trade, international economic law (World Trade Organization law)  and an area of law called law and development. The latter involves the relationship between law and economic and political development in developing countries.

My fiction deals a lot with transitions -- outsider to maybe insider, half lives to less halved lives (maybe more whole lives), war or wasteland to peace, immigrants to Americans (or one's ideas of what makes an American). My law work is also focused on transitions -- emerging economies transitioning to a different system and the legal framework that is needed (or not) to facilitate this transition. 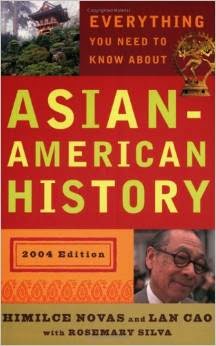 A: In law, I'm revising a legal book to be published by Oxford University Press called Culture in Law and Development: Nurturing Positive Change (looking at how the field of law and development -- and related fields such as public international law, private international law (international trade), international human rights, international relations -- have all excluded culture from their academic lens (focusing instead on states and markets)).

I argue that cultural norms must be incorporated into law and development if it is to be effective. Much of the book explores the meaning of development, how culture is bound to and affects development and controversially, may sometimes have to be purposefully changed to implement a development agenda that includes not just economic development but also human rights, particularly women's rights.

I am going to start writing a collection of short stories loosely bound together by a core group of common characters. It's just too new now to know where it's going. So I don't have enough to say anything more about it. The characters will be from different parts of the world, so all ethnically diverse.

--Interview with Deborah Kalb. This Q&A is also posted at www.hauntinglegacy.com.