Chuck McCutcheon and David Mark are the co-authors of the new book Dog Whistles, Walk-Backs, & Washington Handshakes: Decoding the Jargon, Slang, and Bluster of American Political Speech. McCutcheon is the co-author of National Journal's Almanac of American Politics, and the co-editor of CQ's Politics in America 2010. Mark is the author of Going Deep: The Art of Negative Campaigning, and the editor-in-chief of Politix.

Q: How did the two of you come up with the idea for the book, and how did you decide on the terms to include?

A: As seasoned political journalists and authors – and friends – we realized we had similar styles and approaches to book-writing. We played around with various topics, and settled on something related to political rhetoric. We refined the idea to a dictionary/reference book type of guide.

Deciding what terms to include was one of the toughest challenges in writing the book. We wanted to present an original idea with each definition, which was hard regarding some of the well-known terms like foreign policy Hawk or Pork (the Capitol Hill, not bacon, variety). We’re confident we were able to do this in a humorous and informative way, but it took some thinking.

Some of the terms also came from our interview subjects. Former Congressman Martin Frost of Texas, who held several Democratic leadership roles during his 1979-95 tenure, mentioned Minimum High Regard. It’s a euphemism used by an older generation of members who want to avoid directly insulting a colleague, while still making their displeasure at an opposing idea know. 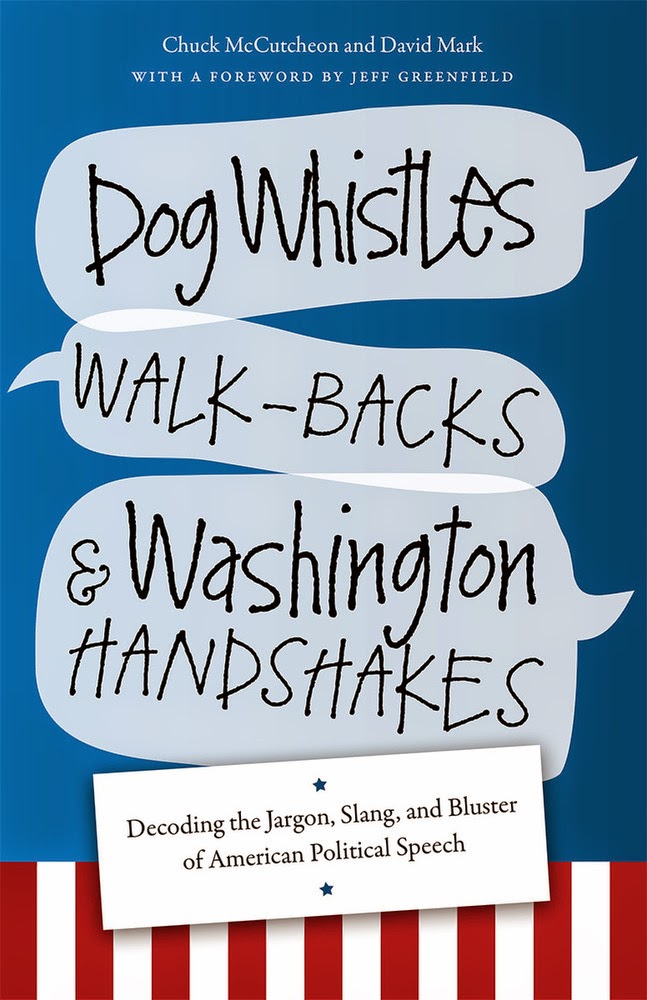 Q: Who do you see as the readership for this book?

A: We’re hoping to get our ideas across to people who are interested in politics, but don’t necessarily work in it professionally or follow it obsessively (though we think those folks will like the book, as well).

In addition to the familiar phrases, we introduce some new ones that may initially cause some head-scratching. That includes Overton Window (the range of “acceptable” political opinions) and Dead Cat Bounce (temporary recovery from sagging poll numbers in a political campaign).

We figured readers who had previously scooped up Safire’s Political Dictionary or Mark Leibovich’s This Town would be interested in Dog Whistles. Though of course we’re not trying to copy the work of anybody else, but present our ideas in a new and original format.

Academic courses are also a target for us in the book. Dog Whistles could work well in a college course on political communication, or a range of other topics. We wrote the book to appeal to both political and academic audiences. 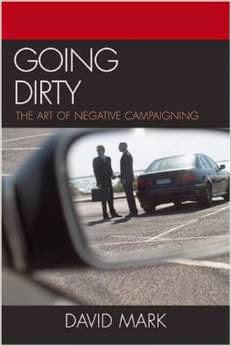 Q: What are some of your favorite terms that you describe in the book?

A: Overton Window is high on the list, particularly because it sounds like it would fit in a Star Trek episode.

Our favorite, though, has to be My Good Friend. C-SPAN viewers will find the phrase familiar to floor debate in the House and Senate, when partisans go after each other with verbal gusto, while using the goodwill-tinged phrase.

Among House members it’s particularly disingenuous. In a chamber of 435 members it’s unlikely any lawmaker is going to have that many real friends. In fact, many don’t even know the names of more than a few dozen colleagues, as we’ve learned in our Capitol Hill reporting over the years.

Another phrase we came to like in the writing process is “We need to have a conversation about …” It’s a favorite expression of President Barack Obama’s, though by no means limited to him, as explained in Dog Whistles.

It signifies that a politician wants people to slow down and listen to their version of something controversial; in Obama’s case, it has come following Edward Snowden’s revelations of domestic spying, gun control after the Newtown slayings, or legalizing marijuana after voters in Colorado and Washington state chose to do so. 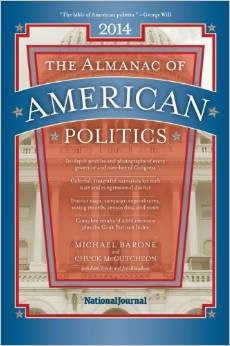 Q: How did the two of you divide up the work, and what was the collaboration process like?

A: We came up with an initial list of words and phrases and simply split them in half. Inevitably, though, some of these got cut, while many more got added.

We would write up a batch of definitions – usually seven or eight at a time – and then send to the other for review. Often one of us pointed out shortcomings in the write-ups, like being too obvious or familiar. Or, they were too obscure for a reader who doesn’t deal with these matters each day.

Another challenge was fitting the definitions into relatively equal-sized chapters. Some entries were longer than others. We worked together to move around definitions to different chapters, which often meant adding on new material.

Valuable editing help also came from Jeff Greenfield, who wrote the book foreword. He’s an Emmy Award-winning political commentator and acclaimed author. In sending him the manuscript so he could write the review, he also found factual issues to clarify, and offered a few – but key – suggestions on writing style.

A: Chuck is updating Almanac of American Politics profiles on National Journal's website. David is busy with his day job, as editor-in-chief of Silicon Valley-based Politix. David is spending an extended period of time in Washington, D.C., this fall for book promotion, from Sept. 12 through Oct. 10. That begins with the official book launch at Politics and Prose on Sept. 13.

David’s also working on his next book proposal idea.

A: We’re confident Dog Whistles will appeal to readers of all political persuasions. We wrote it in a non-partisan manner, as we’ve approached our careers.