Lucinda Franks is the author of the new memoir Timeless: Love, Morgenthau, and Me, about her marriage to Robert Morgenthau, the longtime Manhattan District Attorney. Her other books include another memoir, My Father's Secret War, a novel, Wild Apples, and the nonfiction work Waiting Out a War: The Exile of Private John Picciano. A Pulitzer Prize-winning journalist, she has written for The New York Times, The New Yorker, and The Atlantic. She lives in New York City.

Q: Why did you decide to write this memoir about your marriage?

A: I have to feel my subject before I write an entire book about a subject. In my last book, I really felt my father. He was a spy in World War II, and my discovery of this transformed our whole relationship.

One day, I looked at Bob and I felt the same feeling. I realized Bob was a hero too, but a lot of people didn’t know who he really was; they only knew the stern, tough prosecutor. I wanted him to be known in all his humanity.

I asked him, and he looked at me shyly and asked, Do you think anyone would read it? I said, I think so, sweetheart. He said, You can try it. I expected him to say no; there had been nothing [personal written] about him.

Q: What was different and what was similar about the experience of writing those two books?

A: With my father, it was a voyage of discovery. I found a Nazi uniform in his belongings. I found a lot of my mother’s pastel satin nightgowns, and [underneath them], there was a Nazi uniform. I asked my father about it, and he refused to talk. 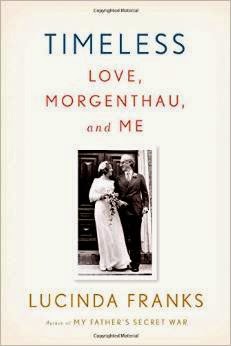 [I thought,] My God, did my mother have an affair with a Nazi? But I realized it would not have been true. Was my father a secret Nazi? I finally broke him, using every reporter’s trick I knew. I would go to the Archives, and read about spy missions and spy weapons, and would let something drop [about a particular weapon].

“What? That was the worst weapon we ever made!” [he would reply.] After I knew a certain amount, he realized he wasn’t going to be able to keep the oath of silence.

It was a journey of rediscovery of my father, from a plain, deadpan man who didn’t relate to adults at all…I realized he was keeping all those secrets. He liberated the first Holocaust camp [taken] by the Allies, and he never got over that. This mystery man became real to me, a hero.

It was different with Bob; I already knew him. It’s a matter of how you know people. So it was a different kind of thing. I also had feelings [about] Bob that were intact; I didn’t need to rediscover them, although there is a section in the book about the rediscovery of love. I hope it will help people.

Q: You write of you and your husband, “We might as well have sprung from some dimension of No Time; we had no sense that we came from different generations.” Why do you think that is?

A: He was in his 50s and I was in my 20s. I was totally different; I was a radical, I was going with a draft dodger. He was an establishment icon, everything we pledged to overthrow.

We were the most unlikely couple, but when you’re drawn to each other by chemistry, no matter how appropriate the match is supposed to be, you can’t walk away from this kind of falling in love. I tried to! This was not the man of my dreams. The last thing I wanted to do was to marry him. But we were caught. 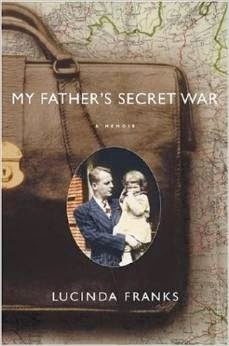 Bob was a very young 56. I was a more mature 29 year old. We just thought the same way. He tolerated my radical politics, until we were visiting a friend…and the shower curtain was made of an American flag, and he turned pale, and said it’s time for us to go. We became more like each other politically. We just have so much fun together.

Q: What does he think of the book?

A: He read it, very closely, several drafts. He found commas and colons [that he questioned]. He questioned facts. I had kept journals over the years, and I could point to the journals. But sometimes I was wrong. I’m so glad he was able to do this. He’s pleased with the book.

Q: As you were working on the book, did anything particularly surprise you or cause you to view events differently?

A: Yes, I understood a lot more about some of the antics I was doing. It was an attempt to get his attention and assert my independence….

It was also a discovery of things he had done that I never knew, [for example] for the Museum of Jewish Heritage or for Holocaust survivors. He is an incredibly giving and unselfish person in many ways.

It was kind of like [with] my father. I came to the breakfast table sparkly-eyed because I had discovered something about him! 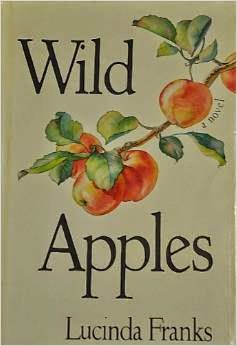 Q: You’ve written fiction and nonfiction books, in addition to all your work in journalism. Do you have a preference?

A: I love memoir because you’re allowed, as long as you stick to broad facts and are authentic to the people and the situation, to use a style that is novelistic. I’m a fiction writer at heart, but memoir has captured me. I wish I could write another, but there’s no material left! I guess I’ll go back to fiction.

Q: That leads to my next question, what are you working on now?

A: I want to write historical fiction, complete with a mystery and a situation in history that would be significant, that told something about America or about the war; you get to explore higher themes than you can in a memoir.

A: This book is about Bob and me, not just about Bob’s accomplishments…but really about two people who have [had] certain accomplishments over the years and then meet—how they are able to take in each other’s professions while separating them.

Bob is really a frustrated journalist, and I’m a frustrated detective. I loved hearing about his cases, and he loved helping me with my stories, although we kept a very defined line.

It’s really a book about two people separated by 30 years that made a marriage work, and work well, and both were able to rise in their professions despite a marriage that could have tied either down. We blossomed in each other’s light.