Marfe Ferguson Delano is the author of many books for children, some of the most recent of which are Master George's People, Frogs, and Butterflies. Another of her recent publications is a baby book, Welcome to the World. She is based in Alexandria, Virginia.

Q: How did you come up with the idea for one of your most recent books, Master George's People, and what kind of research did you need to do for the book?

A: About seven years ago, a friend of mine mentioned that she was working on a historical fiction piece based on a proud, outspoken woman named Charlotte, who was a slave at Mount Vernon, George Washington’s Virginia plantation. 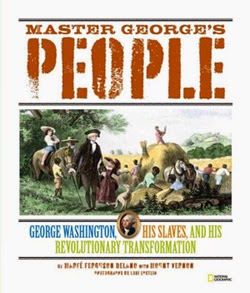 I was intrigued by Charlotte’s story. It made my nonfiction radar started to hum. I wondered if there were other interesting stories about George Washington’s slaves.

Actually, it was one of the first times I’d even thought very much about Washington having slaves, despite the fact that I lived only about 5 miles away from Mount Vernon.

When I was in school, in the 1960s and '70s, mostly in the south, I don’t recall being taught anything about the Founding Fathers being slaveowners. It’s like slavery wasn’t even mentioned until it was time for the Civil War unit.

Then a year or so later Mount Vernon unveiled a new exhibit, a tiny log cabin modeled on those that housed the slaves who worked in the fields on George Washington's outlying farms.

After seeing it, I really started to wonder about these enslaved men, women, and children. Washington often called them his “people,” but by law they were his property.

My curiosity led me back to Mount Vernon again and again. I talked with Mary Thompson, a research historian at Mount Vernon, and she pointed me toward some sources in the Mount Vernon library.

The more reading I did, the more details I learned about the lives of individual slaves, the more passionate I felt about this topic. Eventually I knew I wanted to tell the story of Washington’s “people,” of Caroline and Charlotte, Davy and Frank Lee, Christopher Sheels and other enslaved people.

Unfortunately, Mount Vernon's slaves left no firsthand accounts that we know of. Very few of them could read or write. So what we know about their lives has to be pieced together from accounts by George Washington and his family and friends and farm managers and by visitors to Mount Vernon.

In my research, I relied most heavily on primary sources--Washington's correspondence, financial records, and diaries--that are available online.

In particular I relied on the digital edition of the Papers of George Washington published by the University of Virginia Press, and also on the George Washington Papers at the Library of Congress. I also consulted quite a few secondary sources. And Mary Thompson very generously shared her own unpublished research with me. 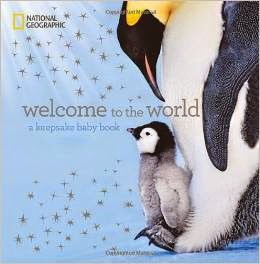 Q: What can you tell us about one of your other recent projects, Welcome to the World, a baby book?

A: Welcome to the World, which came out in March 2014, is a different kind of keepsake baby book. I wrote the text and selected the inspirational quotes sprinkled throughout the book, but the concept was really my editor's brainchild.

Instead of being filled with blank pages for parents to fill in, Welcome to the World is packed with gorgeous photographs celebrating the natural world.

The book still provides parents ample opportunity to record milestones and memories of their baby's birth and early years, but the writing prompts aren't that extensive. Parents can do a light level of personalization--fill out a few things and add a few pictures--and still have a very special book.

My aim in writing it was to connect the birth and early days of a child's life to the beauty and wonders and possibilities of this amazing world we live in. I couldn't be prouder of this book. It's so beautiful, thanks to all those amazing photos, that I hope parents will want to leave it out, perhaps on their coffee table, and thumb through it again and again with their child over the years.

Q: You've written many books for National Geographic. How did you come to work with them, and how do you select the topics of your books?

She asked me to send her samples of my work, and based on that, she asked if I'd be interested in writing a nonfiction book about the sky for kids.

I'd written bits and pieces of lots of Time-Life books, but I'd never been the sole author of a book. Frankly, I wasn't sure I had it in me. But I took a big breath and said yes anyway. 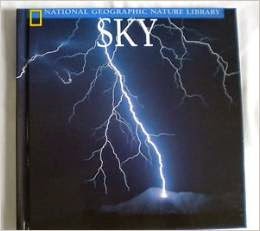 I'm so glad I did. That book, Sky, was my first book for National Geographic Children's Books. After that I wrote several other series-type books for them, and eventually an editor asked if I'd be interested in writing a biography of Thomas Edison.

Again, big breath, and yes! That book was Inventing the Future.  After that I proposed two more biographies, one of Albert Einstein (Genius) and one of Annie Sullivan (Helen’s Eyes). 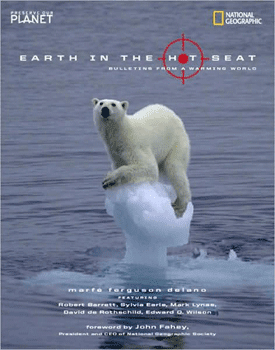 Sometimes my editor brainstorms ideas with me—Earth in the Hot Seat was her idea--and other times I bring ideas to her. I feel really lucky to have such a great relationship with Nat Geo, and the talented team of editors, designers, and photo editors in kids books. As I often tell them, they make my books--and me!--look good!

Q: Why did you first decide to write for young readers, and how do you approach your nonfiction topics in a way that will especially appeal to kids?

A: My first gig writing for children was as a freelancer for a Time-Life kids series, about 20 years ago, and I finally felt I had found my niche.

I basically approach my topics as if I'm telling a story--a nonfiction story, of course, nothing made up--to a very bright 10-year-old, and that works well for me, because I think I'm still a 10-year-old at heart, at least in terms of my curiosity and enthusiasm for learning cool new things. 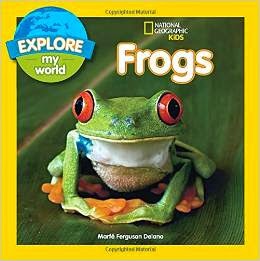 A: My first nonfiction picture books came out in June: Frogs and Butterflies. They're part of a Nat Geo series called Explore My World.

I'm excited about them because they're the first books like this I've written. Aimed at 3 to 6 year olds, they're only about 400 words each, and they're intended as read-alouds. They're illustrated with--what else?--awesome photographs. 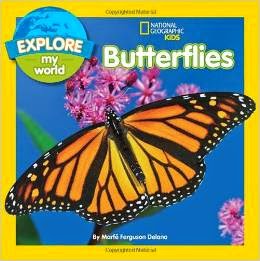 I tried to bring a playful and lyrical touch to the language, even as I provided basic info about the animals. It was a fun challenge, and I enjoyed stretching myself.

Right now I'm working on two more books for this series: Clouds and Baby Animals, which I believe will come out next spring.

And I have a proposal for a book (nonfiction) for middle graders in the works, but I don't want to jinx it by talking about it anymore.

A: Well, in addition to writing children's books, I'm also editing them for, yes, National Geographic. I'm the freelance project editor for a series of nonfiction chapter books about amazing animals.

The books are aimed at 6 to 9 year olds. Some of the titles include Lucky Leopards by Aline Newman, Parrot Genius by Moira Rose Donohue, and The Whale Who Won Hearts by Brian Skerry and Kathy Zoehfeld.

I'm really enjoying working with the authors of these books, and I'm learning a lot about shaping longer narratives, which will come in handy if I attempt to write a chapter book of my own one of these days. You never know!