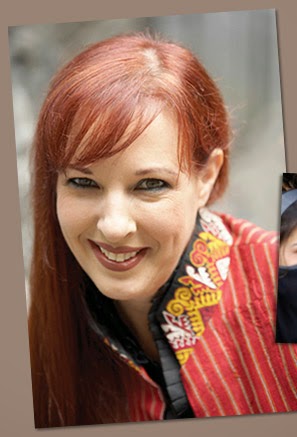 Deborah Rodriguez is the author of the new memoir Margarita Wednesdays, which tells about her life after she returns from Afghanistan and moves to Mexico. She also has written a previous memoir, Kabul Beauty School, and a novel, The Little Coffee Shop of Kabul. She lives in Mazatlan, Mexico.

Q: Why did you decide to write about your experiences in Mexico?

A: It had been quite a journey from Afghanistan, starting up [the] Tippy Toes [salon], finally feeling like I was in the right place. It was a really hard journey. I felt like a lot of people have similar but different journeys, and there is light at the end of the tunnel. I felt I wanted to share that.

A lot of people, particularly women, lose themselves at times. There was a point from Kabul to California when I felt like I lost me, and did not know where I was. Mexico was an amazing, healing place for me. Other people have experienced places that healed their soul; it felt like a miracle, and I wanted to tell about it. 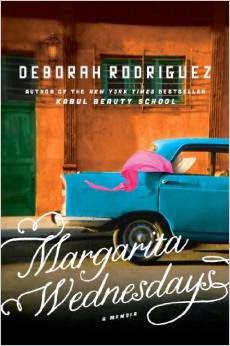 Q: What are some of the similarities and differences between your experiences in Mexico and in Afghanistan?

A: The location didn’t feel that different; I was hearing a different language…[One difference is] the clothing. Here you wear as little as possible, you’re so hot. I had to show my arms; I was used to wearing baggy clothes!...I had such body image problems to begin with, and now I live at the beach. I should have moved to Iceland...

In the very beginning, I found some of the same friendliness of the people. I was in the city, and I liked the friendliness and the hospitality.

Then the other thing—I didn’t notice the similarities until I started the salon. All beauty shops are the same. The same complaints about the customers I got in Afghanistan, the Mexican girls are doing the same thing. I could have closed my eyes and been transported either way, it felt so familiar.

When I went in to get my hair done, it really pulled at me, the girls chit-chatting in Spanish, the conversation and the laughter—you could tell they were just trash-talking their husbands. It’s a fun place and it’s full of life, and it’s full of cattiness too. 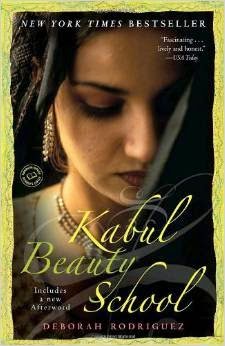 Q: You write about your experiences with PTSD. How were you able to recognize those symptoms, and how are you feeling these days?

A: We all talked about it when we were in Afghanistan. None of us felt we had it, but it was in the news; it was everywhere. You hear about some of the warning signs; you don’t really notice it until you’re out of the trauma.

It’s almost impossible not to have some form of it—you don’t live in that harsh an environment without it; you can’t come out unscathed. You start Googling, do I have this sign? In the very beginning, I was Googling, trying to figure out what my signs were. It affects everybody differently….

Some of the little meltdowns I did have, it was real, that was the emotion, and I did need someone talking me off the ledge. Every once in a while, I’ll have something that triggers it. The book has been instrumental in helping me face some of my demons, and being very aware of the things that did trigger [it]. …I’d say I’m doing very well. 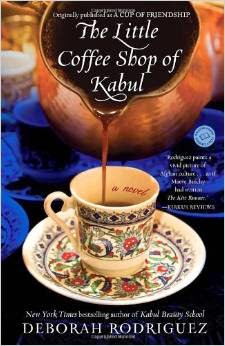 Q: You’ve written memoirs and a novel. Do you have a preference?

A: Memoirs are so full of passion because it’s something you lived….It does put your life out there, and you’ve got to be OK with that. You get thick-skinned; there will always be critics. It can be difficult.

Fiction is really fun. I put it in my head as if it’s nonfiction; it moves the same way nonfiction would move.

Q: So you enjoy both?

A: I’m working now on fiction. You get tired of yourself, actually. I can’t even think about my past!

Q: I was just about to ask you what you’re working on now—what more can you say about this project?

A: The Little Coffee Shop—this is part two of that. It’s two parallel stories. My main character, Sunny, who’s not that far from myself, has to settle into the States, and my main character on the Afghan side has to look at what Afghanistan is like without the armed forces there….It’s the parallel stories of two women on different continents.

A: We have Project Mariposa, training for young Mexican girls and boys. There’s a party every weekend in front of my house on Carnaval Street. Mexico is as amazing as you’d think it would be. My mom suffers from dementia, and we moved her to Mexico too. She’s blossomed since she’s been here. Teresa in the book is my mom’s caregiver. There are four generations here now, and it’s healing for all of us.

Q: How is Project Mariposa going?

A: Fantastic—we put 15 kids into school; seven are enrolled now. I’m really happy with it; it does make a difference. Even nail school—nails here are really big. Any education is good for these guys; it gives them a chance. In Afghanistan, I [worked with] women. Here, they’re 14 and 15; I start them much younger.