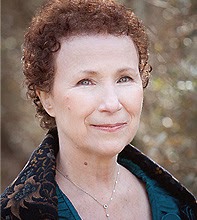 Rochelle Jewel Shapiro is the author of the new e-book story collection What I Wish You'd Told Me. She also has written two novels, Miriam the Medium and Kaylee's Ghost, and a writing guide, I Dare You to Write. She works as a phone psychic, and teaches at UCLA Extension, and she lives in Great Neck, N.Y.
Q: Do you see common themes among the dilemmas facing the protagonists in the three stories that make up What I Wish You’d Told Me?
A: Although the protagonists of each story are different ages, facing different challenges, the theme of disillusionment is the thread that knots them together.
In “Secrets,” set in the ‘60s, a teenage girl’s illusions about her best friend’s family are blasted along with her faith in Kennedy’s Camelot. We all fell in love with young, dashing, articulate JFK and his chic and cultured bride, Jackie. Well, maybe not all of us. I remember my father saying, as we watched Kennedy’s inauguration on TV, “What the heck kind of president is he going to make if he doesn’t have the sense to wear a hat in cold weather?”
And it’s easy to become disillusioned if you are seriously ill like Danielle, the 24-year-old graphic artist battling cancer in “A Sympathetic Listener,” when even, or especially, the people closest to you overwhelm you with pamphlets about cures and positive thinking, and don’t let you say “I’m scared.” It isn’t until Danielle goes on a wacky and hilarious healing odyssey that she finds support and connection from a most unlikely source. 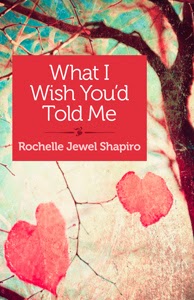 In “Great Aunt Mariah and the Gigolo,” 11-year-old Denise idolizes her grandmother’s sister, Mariah, considered the black sheep of the family for a reason that neither Denise nor her two older sisters are told. When 75-year-old Mariah, a recent widow, brings home a 40-something year-old fiancé, Denise’s romantic view of her great aunt gets shaken out like crumbs from a tablecloth. And we’re left as slack-jawed as she is by the family secret that is revealed.
Q: You’ve written novels, short stories, essays, and a writing guide. Do you have a preference?
A: Each form of writing is like a boot camp for the others. Poetry alerts you to the music of language. Writing isn’t just about what you write. There really isn’t much new. Shakespeare based King Lear and his three daughters on a well-known account of “King Leir” in The History of the Kings of Britain, written by Geoffrey of Monmouth [around 1136]. In 1992, Jane Smiley won the Pulitzer Prize for A Thousand Acres, which is based on King Lear.
And so it goes. Every plot has begun in some other writer’s garden. But how it’s written—the pacing, alliteration and consonance, line length, diction, repetitions, these are ours to cultivate, and poetry--both reading and writing it, plants the seeds of fine writing. Essays ensure you that you make a point, develop it, and reinforce it at the end. That’s an art in itself, but what practice it is for writing fiction! 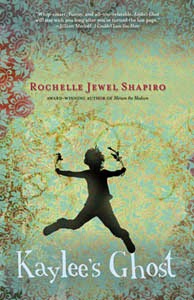 In fiction, we have to persuade the reader to enter our world, stay in it for the course of the book, and leave it with a takeaway message that is implied, rather than stated outright. As with an essay, fiction is propelled by themes. Peter Rabbit has to learn to listen to his mother and stay close to home. Nick Carraway in The Great Gatsby has to learn that money can’t buy integrity (along with many other lessons about life and love.) Essays teach outright. Fiction does it by indirection, a slight of hand, whispering to the reader about how the world works and doesn’t as we’re brought  along on the hero’s journey.
Short story is an art form in itself, but I think it’s also a fabulous way to teach yourself how to develop and end a chapter, leaving the reader with a persuasive hook to reel him to the next page and the next. So I am happily married to each of the forms of writing, and never plan to divorce any of them. 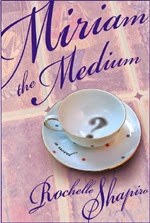 Q: When you write a story, do you know the ending before you begin, or do you make changes along the way?
A: When I write a story, I think I know how it’s going to end. If I didn’t, I would probably be too chicken to start it. And then something comes to me in a dream—a day or night dream—or I hear a line of dialogue in my head, or I see an image that leads me in another direction, which I’ve learned to follow with gratitude, even if it means that the story I had hoped to finish in a few weeks ends up taking years.
I always have a few writing projects going at the same time. This way, when I’m stumped, I flit to another. Often, as you’re concentrating on something else, your unconscious says, “Hey, have I got an idea for you.”
Q: Which authors have inspired you?
A: Alice Hoffman for her love of storytelling, and her willingness to enter the “supernatural” without making it seem so. Seventh Heaven is one of my [favorite] Hoffman novels.
Perhaps for the same reason, I love Kafka, especially The Metamorphosis. Gregor Samsa awakens one morning as a giant bug, not sci-fi-ish, but as if it’s a natural outcome of how he’s been living his life in complete sacrifice to his family. And, oh boy, how they treat him when they find out that he’s a bug and can no longer support them! 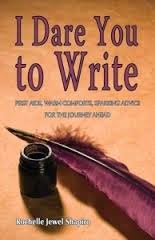 With such weird to-dos, Kafka manages to capture the dynamics of a family that Tolstoy must have had in mind when he wrote, at the beginning of Anna Karenina, “Each family is unhappy in its own way.” Oh, did I mention that I’m inspired by Tolstoy?
I’m dumbstruck by Shakespeare. Here’s what I do. I get out a CD of one of his plays done by fine actors, put on headphones, and listen to it as I’m also reading it. This way, I get all the nuances, the quips. Each word explodes in my head like kernels in a popcorn machine.
What I love about Shakespeare and try to remember in my own writing is that although his work is divided into comedies and tragedies, you will find an intermingling, the tragic-comedic. And isn’t that how life happens?
Recently, at a gravesite funeral, one of the mourners was so upset that she couldn’t stop shoveling earth on the coffin. Other mourners were tapping her on the shoulder. “Ahem, it’s my turn,” but she shoveled on. One of the daughters of the recently deceased walked over during the rabbi’s prayers. “Stop shoveling!” she insisted, but the shoveler kept on shoveling. A true grief reaction, I know. And yet I had to bite my lips so I wouldn’t break out in funeral giggles.
Q: What are you working on now?
A: Now, besides a series of poems that I’m doing in form—sonnets, villanelles, etc., I’m working on a short story that I’m almost scared will grow into a novel. I know that that’s what most novelists wish for, but there’s an intensity about this story that focuses around one theme that I don’t want to distract myself from.
Sex, would you believe? I don’t mean like Fifty Shades of Grey sex. I mean how attitudes toward it can shape destinies. But let me not dilute the drive to write it by spelling it all out here.
Q: Anything else we should know?
A: Yes, apart from being a writer, I’m a professional psychic, and I am thunderstruck when people think that I can’t wear both hats. Somehow folks have gotten the idea that psychics can only be writers if they write nonfiction books on how to be psychic or a memoir about how they discovered their gift, and by extension, how you can discover yours. But a writer who writes about other things? Maybe this is something I had to get over myself.
Miriam Kaminsky, the telephone psychic who lives in Great Neck, New York like I do, is the heroine of my first novel, Miriam the Medium (Simon & Schuster), which was nominated for the Harold U. Ribelow award. Although everything that happens in the book is fiction, Miriam is modeled loosely on me. The sequel, Kaylee’s Ghost, an Indie Finalist, is as well.
What I Wish You’d Told Me breaks away from the psychic heroine, but truly, I can thank my psychic gift for allowing me to sense each scene with the vividness that comes along with the heightened awareness of a psychic.
--Interview with Deborah Kalb. For a previous Q&A with Rochelle Jewel Shapiro, please click here.