Josh Weil is the author of the new novel The Great Glass Sea. He also has written a novella collection, The New Valley. His work has appeared in a variety of publications, including Granta and The New York Times. He lives in the foothills of the Sierra Nevadas.

A: They were both hugely important. In 1991 I was fourteen and just discovering who I was and to spend time living with a host family in the far north of a country that was, at that time, so drastically different from my own was eye opening and life changing.

I always knew I’d write about it, but didn’t have a way in that felt natural until this novel came along. Then, after I’d written the first draft, I went back to Russia to do research and what I experienced there — the tremendous change from what I’d seen two decades earlier, the way Russians had grabbed hold of new freedoms and opportunities but also yearned for a lot that had been lost in the grasping — had a huge effect on the novel.

I wrote 400 pages when I came back from that trip. It changed the entire plot, the feel of the book, anchored it not only in my memories of a Russia long past, but in the tensions between that and the one that exists now. Much of the dramatic tension in the novel comes from exactly that.

Q: Why did you set the book in an alternative version of Russia rather than the real thing? 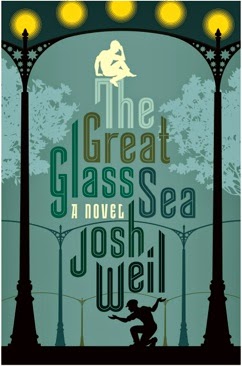 A: First and foremost, I wanted to make it clear that I wasn’t trying to write a book that would, in some way, claim to know Russia as well as a Russian author would, a novel that would try to reveal the Russian soul, or something. I’m an American writer.

But the story required that I write Russian characters (and not filter it through an American abroad, say). So it was vital to me that I didn’t try to do more than I could, or perhaps even had a right to do (though I believe writers have a right to do most anything so long as they do it well enough — and that’s the rub).

But, of course, the space mirrors that surrounded the story and drive much of the novel are not present in the real Russia; they spring from an experiment that the Russians did conduct (sending satellites into orbit with reflective wings meant to carom sunlight down onto the nighttime earth in the hope of lighting northern cities overnight and ridding them of darkness), but the experiment never became more than that. I wanted to write a story in which it did. And so I had to push beyond what was actually out there.

That, and, too, the Russia of this novel owes as much to fables and folklore as it does to the Russia of today and I wanted to write in a way that allowed the story to inhabit both of those things, and not be bound to a hard-nosed realistic depiction of every aspect of the country that exists right this moment.

Q: Why did you decide to make your main characters twin brothers? 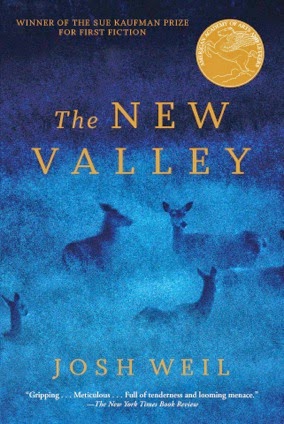 A: The bond between them was always the heart of the novel. And so I knew I wanted brothers who were very, very close (as I am with my brother). I thought a lot about whether they should be twins or not and, in the end, decided to make them twins for two reasons: it was important that their bond be something beyond the usual if the obsession with holding onto it that one of them has was going to be understandable, fully felt.

Then, too, it seemed rich with metaphor, given the split between them, the way they take opposite tracks in the world, the mirrors that surround the story, the presence of the giant greenhouse that splits the sky in two and creates two planes upon which the brothers work — all that felt like it worked well with them being twins.

A: Oh, so many, so many. But for this book I’d have to say Turgenev and Gogol and Pushkin, most. And, stylistically (and simply in my approach to writing), Annie Proulx and Cormac McCarthy and Toni Morrison and W.G. Sebald and Marilynne Robinson…and so many more.

A: A story collection, The Age of Perpetual Light, that is actually linked to the novel.  I hope it’ll be out in a year or two.

A: Perhaps only that the novel is illustrated, and that I did all the pen and ink drawings (I get asked about that a lot at readings).

There are 30 of them, including the end papers, and I hope that they give the book something extra, that they help create a feeling upon entering the story that is like that we had as children first reading fables, and that they help make this novel a physical object of beauty worth holding in your hands. I love when books feel that way and wanted very much to make this one that felt like that.

I’m really proud of what we did — me doing the drawings, a brilliant designer creating a unique cover, and a brave team at Grove putting everything into the look and feel of the book.