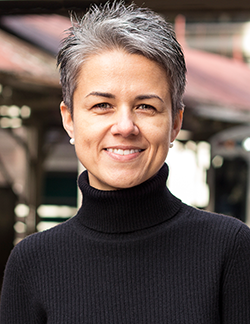 Debra Pickett is the author of the new novel Reporting Lives. A former reporter and columnist for the Chicago Sun-Times, she is the founder of the public strategy firm Page 2 Communications. She lives in Wisconsin.

Q: How did you create your main character, Sara Simone?

A: The whole book began with my imagining one scene: a TV reporter thinking that she's going to do an interview with a grieving mother in a Mathare shack. It was just one of those odd thoughts that strikes you at an inappropriate time, like, "Wouldn't that be weird and awful?"

That image stuck in my mind, though, and so I began thinking about who that reporter would be, how she'd get there. I imagined her awkwardly coming through the doorway, so she was always quite tall in my mind, which is somewhat ironic since I'm barely 5 foot 2.

Her identity is somewhat intertwined with my own personality, kind of who I might have been had I not had other relationships and influences outside my journalism career. She is pure ambition -- at least at the start of the book. And, while I can't say she's based on any one person, I've known a lot of reporters with that element to their personalities.

Q: You've spent time reporting in Africa, as does Sara in the book. Did you need to do any additional research to write the novel, or was much of it based on your own experiences?

A: I didn't do a ton of additional research, beyond my own experiences there. I traveled back and forth to Kenya and Tanzania from Chicago about a half a dozen times in 2004 and 2005, so I had reasonably good knowledge of the places I wrote about.

I did have to keep up with news reports from there and to check my memory on things, especially geography. Still, for the most part, my time there was so important to me that it's very clear in my mind, even with the passage of time. 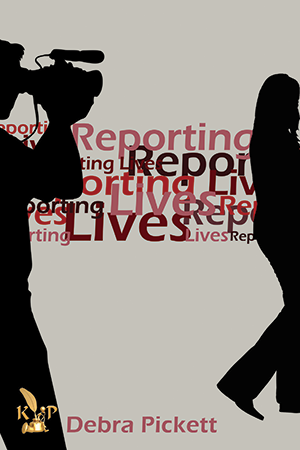 A: The first writer I ever wanted to be like was Ernest Hemingway. I share his birthday and he's always been a literary hero to me.

As I've grown up, I've come to have tremendous respect for writers like Barbara Kingsolver and Anna Quindlen, who write gorgeous, compelling novels and also seem to have full lives outside their fiction. I aspire to create a fictional world that a reader could get lost in, but I don't want to be lost there myself, so, as I try to grow as a writer, that's my mission: to write well and live well.

Q: As someone who has worked in journalism, what do you think of the changes in the news business in recent years?

A: When I left the Sun-Times newsroom in 2007, just after my son was born in late 2006, I wasn't really ready to go. I loved the energy of working there and the vital thrill you get from being at the center of events.

But, as it's worked out, I am tremendously happy to have gotten out of the newspaper industry and gotten a head start on a new career. I thank my son for that all the time! It's a brutal time for the industry right now -- really talented, hard working folks can barely get paid for their writing.

I knew, of course, that things would migrate online -- I started the Sun-Times' first blog -- and that's still the future of news. But that future is definitely not fully realized yet: we can do better than pre-packaged, say-nothing videos and click-through slideshows as "news."

The newspapers that are adding new subscribers -- The New York Times and The Washington Post, for example -- are doing so because they are generating really high quality original reporting. So that gives me hope - there is a market for what print journalists do. We just haven't really found the right way to bring that into the digital age and make it profitable.

A: I'm working on a second novel, which I hope to finish early next year. The main character is not a reporter; she's a lawyer. And she's not young and single like Sara, either. She's married and has a daughter.

Still, I think she's a similar kind of heroine, a "difficult" woman who is wrestling with her ambition and challenge of being a good person, even if you're not an easily likable one.

If my first book was inspired by my journalism career, this one is definitely more closely tied to my life today, as a working mom. (My consulting business has me visiting law firms pretty regularly, so I guess that's where the setting comes from. But the lawyers I work with are all much nicer than some of the ones in the book!)

A: The idea for Reporting Lives was born in 2004, with my first visit to Nairobi.  So it's taken 10 years to see it through to publication. I am so, so pleased that I finally get to share this story with readers and I hope they find some meaning in it, but I also hope it might provide a bit of inspiration or reassurance for aspiring writers out there as well. If you stick with it long enough, you can do this, too!